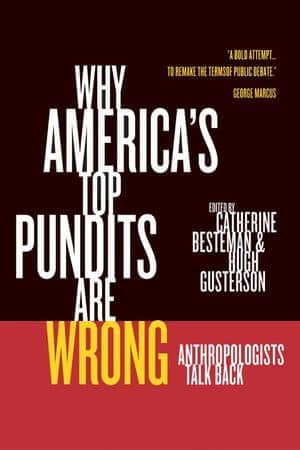 This post was a plea for the American Anthropological Association to take a stand on the December 2012 gun violence. It helped bring about a policy statement from the AAA. This post is part of a series about the need for anthropology to directly address gun control and gun violence. The series includes:

AAA and the NRA

What does anthropology reveal about gun violence? On 18 December 2012, when gun violence issues weighed on the minds of many, the American Anthropological Association tweeted out a call for help: Action Needed As American Diggers Goes International. Action needed, I dutifully retweeted and then asked the AAA if they had any statement–current or past–about gun violence or gun control. They tweeted back that they did not, but were kind enough to retweet my blog-post on gun violence, Semi-Automatic Anthropology.

I probably was not expecting anything like a unified policy statement–reading the comment stream for Anthropologists respond to Newtown Violence on Savage Minds makes it clear anthropology remains far from unanimous. However, some of the most classic arguments against gun control are rooted in shoddy anthropology–ideas about human nature, culture, and history which do not withstand anthropological scrutiny. Anthropology, with its wealth of international experience in almost every corner of the world, should be able to say something. Moreover the American Anthropological Association is headquartered near Washington, D.C., close to the halls of policy power, and of course D.C. has one of the highest rates of gun violence in the United States. But still, perhaps understandable that the AAA has no policy paper. I was grateful for the retweet.

Then, on 20 December 2012, my Twitter feed erupted as the NRA unloaded a thirty-round magazine of crazy disguised as a press conference, and in the middle of it all the AAA tweeted “Well, it’s seems like today is not the end of the world [Maya apocalypse], but are you prepared for #Zombies anyway?” and linked to their blog-post Are You Prepared for Zombies? This was a re-post of material from an anthropologist who has done ethnographic fieldwork on “preppers” and brings an anthropological approach to this curious cultural phenomenon. Which is all well and good–and I realize this is a re-post–but wait, where has the rest of the world been hearing about preppers? Ah, yes, because of Newtown. It’s an accusation that may not be fair, part of The scapegoating of Nancy Lanza (see also Matt Thompson’s What does it mean to be a mother?), but again, might anthropology have anything to say, if only to debunk such connections?

Daniel Lende, who writes Newtown and Violence – No Easy Answers, a post and comment stream with enough excellent links and resources to make it a comprehensive anthropology report on these matters, commented on my blog-post that “we are both in large agreement about the need for better gun control, and even more importantly . . . to avoid the further creation of a security state because of this tragic event.”

I am in large agreement with Daniel Lende, and would push further that recent gun violence takes the U.S. to a crossroads of whether there will be better gun control or an even greater militarization of state and citizenry. At such a crossroads anthropology could have something to contribute, as for a brief moment it looked possible to pass meaningful gun regulations. As I write this, I’m increasingly pessimistic, as retrenchment and militarization seem to be holding the day.

Anthropology Now ran two related pieces. Dmitri Doukas’s insightful and earlier (2010) Targeting the Gun Question The “Culture War” in Scope is re-posted. Hugh Gusterson’s Arming Ourselves to Death takes a more strident tone which resonates with my own approach.

As mentioned above, Ryan Anderson on Savage Minds, Anthropologists respond to Newtown Violence gathers Daniel Lende’s Newtown and Violence – No Easy Answers; my Semi-Automatic Anthropology; and adds Race, Class, Violence and Denial: Mass Murder and the Pathologies of Privilege by Tim Wise. This post probably has the most extensive back-and-forth of any, although Lende’s post and mine have some comments.

There are a couple pieces on anthropology and gun violence which have received less attention but are useful: Gunman Suicide – A Social Illness by Sydney Yeager and In The News: Anthropologists, Criminologists (and some others) on the Newtown Shootings by Kevin Karpiak.