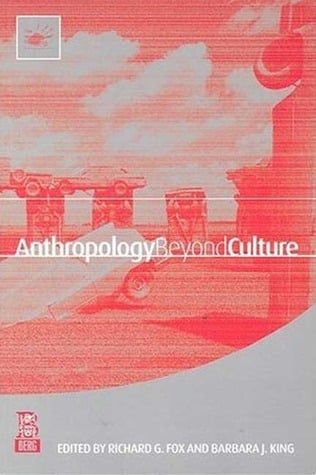 Michel-Rolph Trouillot’s 2003 essay Adieu, Culture: A New Duty Arises endures as a powerful cry to contemporary anthropology. Trouillot insists that anthropology must retain and return to the anthropological concept of culture, the “Boasian conceptual kernel” (2003, 116). However, anthropology must recognize that the word culture and its surrounding terms are now out of orbit:

The word is lost to anthropology for the foreseeable future. To acknowledge this is not to admit defeat. Rather it is to face the reality that there is no privileged space within which anthropologists alone can refashion the word. Culture is now in an orbit where chasing it can only be a conservative enterprise, a rearguard romance with an invented past when culture truly meant culture–as if culture ever meant culture only. . . . There is a conceptual kernel to defend, but that defense need not be tied to a word that the general public now essentializes on the basis of our own fetishization. We need to abandon the word while firmly defending the conceptual kernel it once encapsulated. (2003, 115)

Trouillot’s essay has been under-read, misunderstood, and seems quite far from realization when anthropology textbooks still attempt to double down on culture. I began using the essay as a back-text for Cultural Anthropology in 2004, and then for several years tried teaching Trouillot straight-up (see this 2016 class on the “adieu culture” chapter for the last time I attempted to teach Trouillot). Of course, the fact that I have never been able to change the course title only adds to the irony. But, as Trouillot wrote, “the ‘adieu’ of chapter 5 took a long time to say” (2003, x). It may take an even longer time to accomplish.

Like the other chapters in Global Transformations, “Adieu Culture” is densely packed, at times extremely difficult, but richly repays reading and re-reading. For this blog-post, since we were reading Trouillot together with Laura Bohannan’s Return to Laughter, I concentrated on what Trouillot wrote about fieldwork and the ethnographic monograph (2003, 103-104).

Update 2021: As noted in this post from 2013, I have never been able to bid “adieu culture” from my teaching and courses. See this lecture for a brief attempt in Intro-to-Anthropology 2021 to at least outline some issues with the idea of culture:

Fieldwork was obviously always important to anthropology as an academic discipline, but as anthropology gained an institutional foothold, especially in the United States, fieldwork and the ethnographic monograph became the essential rite of passage: “The production of at least one such work became the easiest–and soon enough the privileged–rite of access to the profession. In the North American context, it became the sole credential unanimously recognized for entry into the guild (Cohn 1987)” (Trouillot 2003, 104).

Fieldwork as an institutionalized rite of passage “invited practical closure” around “the ethnographic trilogy: one observer, one time, one place” (2003, 104). Trouillot insists this closure was not inherent or inevitable, but there were “institutional incentives to fetishize fieldwork”:

To put it bluntly, at some point in time one has to close the book and the easiest way to do so is to claim to have exhausted the territory. Doctoral theses claimed–not always implicitly–to put between two covers all that was essential to know about “the culture” under study. The monographic tradition may have had more impact on the closing of culture within academe than theory, exactly because it enforced the practice even among those who did not necessarily believe that cultures were integrated and isolated wholes. (2003, 104)

Most interestingly, Trouillot sees closure around essentialist notions of culture not so much as the result of theoretical debate and pronouncements, but anthropological practice, particularly the fieldwork monograph as a ticket into institutional resources. This certainly seems true for Ruth Benedict’s Patterns of Culture, where the emphasis on plasticity of human learning yields to reification of specific examples.

Also interesting to me is an unexpected coincidence between Trouillot and what Tim Ingold began saying around 2013, that anthropology is not ethnography: “Anthropology is studying with and learning from; it is carried forward in a process of life, and effects transformations within that process. Ethnography is a study of and learning about, its enduring products are recollective accounts which serve a documentary purpose” (Making, 2013, 3; see also the post on What is Anthropology? for an elaboration on Ingold’s position).

To be very clear, neither Ingold nor Trouillot are trying to belittle ethnography or fieldwork–both insist on the necessity of ethnography, fieldwork, and attention to empirical detail (see comment below on the importance of fieldwork). However, both insist that anthropology is a different enterprise, and to equate it with ethnography, or to fetishize fieldwork, can lead to pernicious outcomes.

Trouillot’s essay is packed with insight. On this reading I was struck by passages which could be read as helpful responses to comments on previous blog-posts, especially on the issue of Gang Culture and Courtroom Anthropology. Namely: