Home » Blog Posts » Moral Optimism » Ain’t it a little late in the game to throw your hand in? 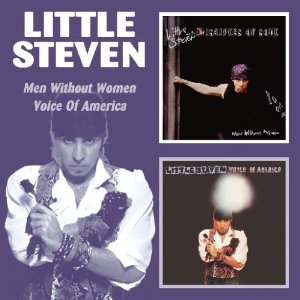 Even if it’s all over, don’t ever say it was all in vain
And don’t tell me everything we believed has been washed away
Because I know it still remains.
–Little Steven, “Inside of me”

The historian of the future could be quite puzzled to reflect on the United States. How could a country with so much wealth, human resources, and technological innovation go into such precipitous decline? How did this society decide to squander its human capital, accepting an incarceration rate unmatched in modern times? How did this society forsake basic education to such an extent that a majority of students–as Condoleeza Rice and Joel Klein note–are unprepared to serve in the military and do not possess the job skills necessary to use our own technological innovations?

Part of the puzzle is undoubtedly an antiquated system of funding schools with local property taxes, creating perverse incentives for families to seek the wealthiest possible school districts and leave the poor behind: “Just imagine if we funded health care the way we fund schools, asking each property owner in the community, employed and unemployed, with and without children, to decide how much they are willing to be taxed to provide the town’s children with medical care” (Nothing left to cut but quality). Especially when combined with exacerbated social inequalities and cuts to state aid, the poorest districts are ever harder hit. This comes at a time when class inequalities now trump race for determining student educational outcomes, as Education gap grows between rich and poor.

But for my town and the neighborhood school threatened with closure, the question is stark: Will this be the decisive moment when we shutter one of our best and most crucial institutions?

Let’s be perfectly clear. We have options. Closing the school is not the only alternative. With a bit of planning, study, and forward-looking thinking, we have the opportunity to make a very good local education system into a gem, magnet, and anchor for community living. It will make our town attractive to young professionals and a bulwark against the rising tide of rural inequality and stagnation. On the other hand, if we prematurely mothball this school, it will precisely capitulate to short-term economic rationale and political expediency.

While much has been made of the idea that closing this school would “save one million dollars,” this number is quite incorrectly calculated. Rather:

I am no sentimentalist about this school. I do live a few blocks away and have two elementary-school-age children. However, I did not go to school here and did not grow up in this town. If after a truly public study and planning effort it is demonstrated that school consolidation is our best alternative–and I am certainly aware that consolidation can have advantages–then I will support such a decision. But this is strikingly sudden, at a time when smarter alternatives are available.

As I’ve been involved in this, someone from my old home region (northwestern Montana and northern Idaho) contacted me to relate a similar struggle:

Hi Jason, I know we haven’t talked in about 25 years, but I am an elementary teacher in Coeur d’Alene, ID and we just went through this fight 5 years ago with our elementary school downtown. You should look up the story of Sorensen Elementary. Our parents fought hard to keep our little school open and now it is the diamond of the district and has brought an estimated 50 homeowners back downtown to buy houses.

And indeed, there is now the Sorensen Magnet School of the Arts and Humanities in Coeur d’Alene, Idaho.

We can do it too.

To cite: Antrosio, Jason. 2012. “Ain’t it a little late in the game to throw your hand in?” Living Anthropologically website, https://www.livinganthropologically.com/aint-it-a-little-late-in-the-game-to-throw-your-hand-in/. First posted 25 March 2012. Revised 20 September 2017.