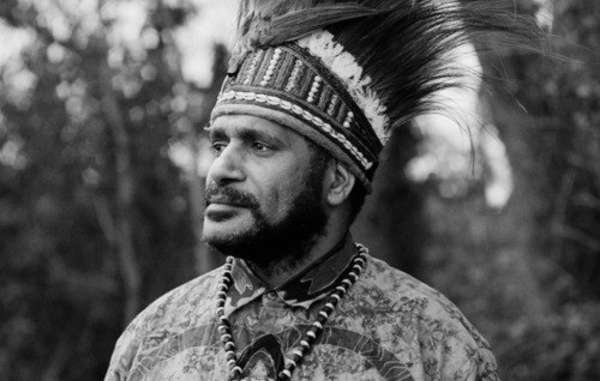 Beyond the brilliant headlines, Corry and Survival International may pull off a rare feat: to facilitate the entry of others into the discussion, challenging the structure of what Michel-Rolph Trouillot called the Savage slot: “In the rhetoric of the Savage slot, the Savage is never an interlocutor, but evidence in an argument between two Western interlocutors about the possible futures of humankind” (Global Transformations, 2003:133; for more about the revived Savage slot for anthropology in 2013, see the posts on Napoleon Chagnon’s Noble Savages and Epigenetics on The Edge of Human Nature).

Trouillot compares such tactics to the Las Casas-Valladolid debate about the humanity of the natives in the Americas, making the case that this is a rhetorical counter-punch based on three propositions. Stephen Corry and Survival International exactly echo the first of Trouillot’s schemes (2003:134):

Two points are worth making about this rhetoric. First, it is most powerful when it does not hide its grounds, that is, when the stakes become immediately public, either because the interlocutor is identified or because the rhetorical use of the Savage is explicit. The power of the Valladolid debate is that the fight was public, the positions explicit, and the opponents well known. That publicity advertises the fact that the ultimate stake was not the range of reasons behind the Indians’ alleged cannibalism, nor even their humanity, but Latin Christendom’s own conception of humankind and whether that conception allowed for a Catholic (i.e., universal) Church compatible with colonial control. . . .

Anthropology also needs to clearly identify its inescapable interlocutors within the West itself. If in the rhetoric of the Savage slot the Savage is evidence in a debate between two Western interlocutors, if indeed that rhetoric is most powerful when couched as a response to a clearly identified addressee, then anthropology should abandon the fiction that it is not primarily a discourse to the West, for the West, and ultimately, about the West as project. On the contrary, we should follow the steps of Las Casas in addressing the Sepulvedas of our times directly, in identifying clearly the ultimate listeners. . . .

The better we identify such interlocutors–inside and outside of anthropology, and indeed outside of academe, from rational choice theorists, historians, and cultural critics to World Bank officials and well-intentioned NGOs–the more chance there is for savages to jump into the discussion, establish themselves as interlocutors, and further challenge the slot by directly claiming their own specificity. The identification of the interlocutors and their premises facilitates the identification of the stakes. Las Casas and especially Rousseau are spectacular precursors who showed great political and intellectual courage in spelling out what they was as the stakes behind their counterpunctual arguments. Institutionalized anthropology has tended to choose comfort over risk, masking the relevance of its debates and positions and avoiding a public role. (2003:135-137)
[For more elaboration, see Anthropology and Moral Optimism]

Stephen Corry and Survival International have identified two very public interlocutors–Jared Diamond and Steven Pinker. In what may be the first time for these popular writers, Papuan leaders claim their own specificity.

That specificity includes the claim that they not be portrayed as people outside of history. Stephen Colbert should invite Benny Wenda, Matius Murib, Reverend Socratez Yoman, Dominikus Surabut onto The Colbert Report. It would be interesting to hear what they might say about Jared Diamond’s notion that they might take an electric can opener and try “sticking it through their nose or over their ears” because they would not know what to do with it. That may facilitate a public debate about the true stakes of this discussion.