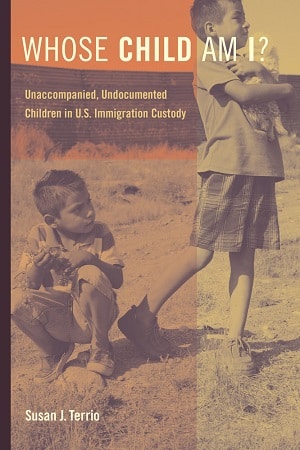 Update: This post was originally written in 2013 in an attempt to bring an anthropological perspective on studying immigration to what looked like could have been a comparatively rational legislative debate about immigration policy. Since that time, there has been more anthropological insight produced, but there is slim hope of policy change. It is somewhat ironic that one of the best articles highlighting anthropology on immigration in the United States appeared in the UK Guardian in 2018: What anthropologists can tell you about the US border immigration crisis by Holly Norton. In addition to some of the authors below, Norton highlights Susan J. Terrio’s Whose Child Am I?: Unaccompanied, Undocumented Children in U.S. Immigration Custody.

Unfortunately so far in 2021, even the heralded Biden-Harris agenda on immigration has not yielded policy changes. My most recent attempt to teach about immigration is the 2021 Neoliberalism, NAFTA, Immigration using the textbook Anthropology of Latin America and the Caribbean:

Studying Immigration in the US

In 2013 a comprehensive immigration reform bill passed the US Senate. We then heard from political hacks masquerading as academics. We heard from ideologues masquerading as law-makers. We could have heard much more from anthropologists studying immigration. The American Anthropological Association issued a well-founded Statement on Immigration. Alisse Waterston included this post in her edited collection World on the Move: Migration Stories as her finale for Open Anthropology.

But instead of comprehensive immigration reform, we got stagnation and impasse. And in 2018 the United States was not only unable to resolve these issues with legislation but unleashed a horror of deportation and human rights abuses.

As Michele Statz and Lauren Heidbrink put it in Migration as Clickbait (2018):

Anthropology has failed to effectively engage in public policy. . . . It is not enough to critique the intended and unintended consequences of public policy; our response must be to harness our experiences and the expertise of the communities with which we work to address or even bypass these consequences. This includes participating in broad national networks and training in engaged public policy and even bringing our work and anthropological understandings into direct public service.

Anthropology combines statistics and big-picture research with ethnography and detailed examination. Here are some of the many anthropologists studying immigration in the United States:

Unlike on issues of gun reform, where as Hugh Gusterson points out in Making a Killing there was not much anthropological expertise, anthropologists have been directly studying immigration for many years.

In 2013, I was surprised to not see more of the anthropologists studying immigration in the media. The only example I saw was the article on desert migrants. Some anthropologists were working more in behind-the-scenes efforts, such as Josiah McC. Heyman’s work with community organizations as well as Jane Henrici with the Institute for Women’s Policy Research. In 2016-2018 as the issues seemed to become increasingly public and pressing, there has been more anthropological interventions, especially with the publication of Jason De León’s book. Nevertheless, the policy-making on immigration in the United States seems to have been almost completely divorced from anthropological research and intervention.

This post from 2013 is part of a series on teaching Latin American and Caribbean Anthropology. Other posts in the series include: