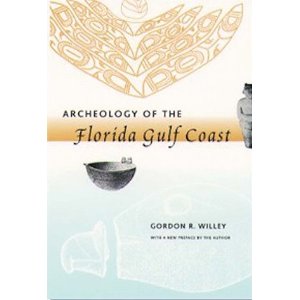 Neuroanthropology is still the place to go for Anthropology-in-Florida coverage and response, as Daniel Lende adds update #3 to his original post and highlights three brand new responses. Go there to see what’s happening!

A vastly more effective response would describe the economic impact of anthropologists in Florida, the dollar amounts of federal and private grants they bring to Florida universities, their role as custodians of natural and cultural history, and their history of engagement with indigenous and immigrant peoples in the state.

Oh, and the major associations could mention that the state will not be considered for national meetings. The AAA meeting in particular drives millions of dollars of direct and indirect revenue to its host city. (Florida: Anthropologists not wanted)

I agree it would be nice to see a kind of by-the-numbers economic impact statement, and am wondering if there are any templates out there for how other disciplines have calculated this. Anthropology in general tends to produce a lot of return on investment, but sometimes that is difficult to calculate.

Update 13 October 2011: The Experience Archaeology blog puts out some numbers. Check out Archaeology (a sub-discipline of Anthropology) contributes…

Also, it would be nice if the AAA included a page on economic benefits for cities hosting the annual meetings, which could then be a template for smaller organizations. While I would not favor an outright ban of Florida venues for meetings, there is leverage there–we could approach the mayor of a city under consideration, and see if the mayor wants to ask the governor about the whole “don’t need a lot more anthropologists” statement.

Back in April when I posted Anthropology, Ambushed, I hoped for a “team of rapid-response anthropologists who trawl these kinds of news reports, catching things and trying to re-frame them.” To a certain extent–although not fast enough and loud enough for some–this team seems to be self-assembling. We should be encouraged rather than discouraged by anthropology’s response, even as we consider lessons learned and a need for adjustments.

I am just now seeing the post from Ryan Anderson at Savage Minds which links to some of this same material and here as well. Thanks Ryan!

Head over to Florida Governor: Anthropology Not Needed Here for a round-up of coverage and response. As he did so admirably during #AAAfail in November-December 2010, Daniel Lende of Neuroanthropology provides a hub to unify anthropologists. Thank you Daniel Lende!

I would like to see some positive possibilities here:

So, once again, head over to Florida Governor: Anthropology Not Needed Here and get involved!