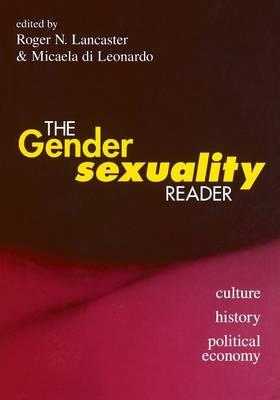 For Intro-to-Anthropology 2016 we discussed two readings that considered cultural relativism and FGC. These readings are part of a larger point about how to understand culture when it may include controversial practices.

These materials were for Anthropology 2016. For my most recent take on cultural relativism, see this 2021 lecture based on the 5th edition of Anthropology: What does it mean to be human?:

I began this class with a relatively innocuous image of the Shushtar Historical Hydraulic System, a UNESCO World Heritage Site. I said we could link this site to ideas of Social Complexity, ancient irrigation technologies, and the hydraulic hypothesis for state formation. This would be a great place for a Hartwick J Term Course!

I then revealed that this was in Iran’s Kuzestan Province, the site of the Latham article on FGC. My intention was to show how much one issue can end up overshadowing all sorts of other issues. This happens even though, as Latham discusses, it may not even be an issue that people themselves bring to discussion. Latham’s point is that when #EndFGM becomes a trend, other issues get overlooked:

Further, the minimal impact that this FGC abandonment had on the lives of girls and women raises the question of whether the attention and resources currently spent on FGC abandonment programmes might provide a greater benefit to communities if spent differently. In the context of most FGC practicing communities facing multiple significant challenges to their well-being, including food shortages, extreme poverty and poor health and education infrastructure, this paper asks whether ending FGC is as high a priority for practicing communities as it is for the international donors who largely fund abandonment programmes.

Most of the time, ideas of human rights and cultural relativism are compatible.
Declarations of human rights include rights to cultural practices and beliefs
In many cultural traditions there are ideals about treating humans
But instances of conflict

What are we talking about?

That’s their culture, we can’t judge
Imposes our notion of body rights
Defenders of practice are older women
Health issues debated
Sexuality: Also debated and: Is that our obsession?

Cultural Relativism not an easy way out

Seen as replay of colonialism, demeaning (Lavenda & Schultz:240)
Limiting possibilities of full womanhood and being fully part of society
Older women defend:
Daughters as marriageable (Boddy in Lavenda & Schultz:240)
Gives them position of power
I did it; they can too
Employment as ritual specialist

“So anthropology is guaranteed to complicate your life” (Lavenda and Schultz 2015:245)

Does Culture Explain Everything?

For my most recent take on cultural relativism, see this 2021 lecture based on the 5th edition of Anthropology: What does it mean to be human?: