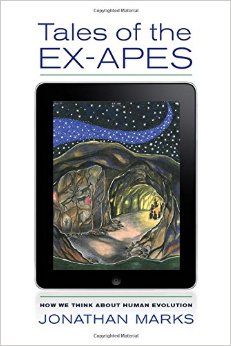 In Anthropology 2016 there were two readings about human evolution:

What do you mean Homo naledi isn’t an element of biology?

There is no true or false answer to Homo naledi as a zoological species; for the category of zoological species does not apply to things like Homo naledi. The mistake here lies in assuming that Homo naledi designates a unit of zoology; that there is an underlying natural taxonomy in human ancestry that will be revealed by the proper ratiocination. If you’re looking for zoological reality, look for it at the genus level. It isn’t there at the species level. (Jonathan Marks, Homo naledi shows how biological anthropology is not biology, and can’t be, and shouldn’t be)

Have we stopped evolving?

No. But evolution is a continuous, non-directional process. It is becoming clearer that there has been much more genetic change in the last 30,000 years than we once realized. We are probably more genetically different from early modern humans (~40,000 years ago) than early modern humans were from Neandertals. However, this is not going the way some think: human brain on average shrinking for past 10,000 years. This may be due to the strange effects of niche construction.

Yes, humans today are “smaller and less robust” (Lavenda & Schultz 2015:146). So there is no absolute measure of “fittest”

“an unrepeatable particular”
Rather than “survival of the fittest” with human evolution it looks more like “survival of the generalist” (Potts 1996)
Plasticity, openness, flexibility, versatility (Lavenda & Schultz:157)

How fast is evolution?

Lavenda and Schultz discuss microevolution and macroevolution (2015:78) as well as ideas of phyletic gradualism and punctuated equilibrium (2015:81). It seems that both gradual and rapid change (in evolutionary time-scales) seem possible.

As discussed above, we are learning human genetic change continues, and can be quite rapid: changing over last 10,000 years. But that doesn’t mean we’re getting “better.” Evolving ≠ Improving.

See When Evolution Is Not a Slow Dance but a Fast Race to Survive in Sapiens (January 2018):

Adaptation and human evolution go on all the time. As a species, it’s impossible to say that we’re evolving in a particular direction–toward bigger heads and spindly limbs, say, as science fiction often suggests. But on the local level, adaptation and natural selection are always at work, adapting us to combat whatever threats–new diseases, climate change, new social selection processes–are now, often invisibly, at hand.