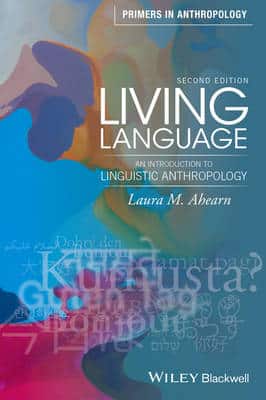 This was the comment page for three readings on human language:

These readings were part of the Hartwick Introduction to Anthropology 2016 course. Note: Although I changed textbooks, I revisited the material on language and Boroditsky for the Intro-to-Anthro 2020 on Language.

After seeing The Ax Fight and reading Napoleon Chagnon in the previous class on fieldwork, I wanted to provide a sense of what most anthropologists do.

Then put up Pablo Picasso’s famous print of The Dog and filled in words to describe this creature from various languages.

System of arbitrary vocal symbols
Systematic and rule-governed
Property of humans as a species
Powerful, and unique to human beings (although research with Kanzi and other signing primates has qualified this assertion).

Arbitrary
Openness
Displacement & Prevarication (268)
Patterned: yet productive & creative
Seems to have co-evolved alongside calls, contrary to previous idea of evolved from call systems

arbitrary signifiers
No necessary relationship between signifier and signified
Signifieds might also be… arbitrary = linguistic relativity
Absence of signifieds: “Ghost” for Bohannan in “Shakespeare in the Bush”
Profusion of signifieds: “light blue” and “dark blue” versus specific, individual words
Ordering of reality: Stream / River versus Fleuve / Rivière

For the French the distinction of fleuve and rivière is that between an inland waterway that flows to the sea and a substantial tributary thereof, thus incommensurable with SAE “river” and “stream” which refer simply to waterways of different scales. . . . The French are hung up on where the sea is.
–Marshall Sahlins, Waiting for Foucault, Still (2002:42-43

“The nature of the language is the factor that limits free plasticity and rigidifies channels of development in the more autocratic way.”
–Benjamin Whorf, 1939
But strong linguistic determinism not supported (Lavenda & Schultz:269)
“Most cross-cultural differences in language use ‘turn out to be differences in context and/or frequency of occurrence’” (Ochs in Lavenda & Schultz:266)

How do we learn language?

Patterns are learned, not determined by biology
Bathed in sound from within the womb
Probably not in-built deep grammar: see pidgins and creoles (Lavenda & Schultz:273)

United States is a “language graveyard” = where people go to lose language abilities.

Why all the Numbers & charts?

This last question inspired by a student comment that the numbers and charts may have muddied the main point. My claim is that the authors must throw down the numbers and charts: otherwise people won’t believe them. There is a shorter version of the Rumbaut argument as Immigration’s Complexities, Assimilation’s Discontents.