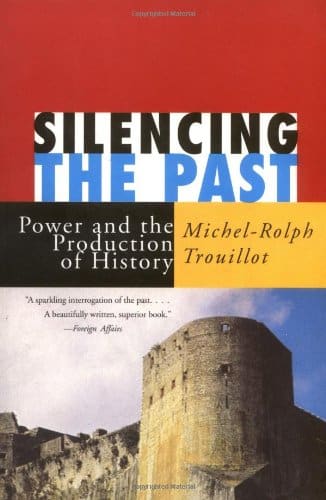 For Anthropology 2016, we read Lavenda & Schultz chapter 14, “What Can Anthropology Tell Us about Social Inequality?” (415-446) in Anthropology: What Does it Mean to be Human? We read this together with Jason De León, “Memo and Lucho” (87-106) in The Land of Open Graves: Living and Dying on the Migrant Trail. For more analysis of the specifics of gender, class, caste, race, and ethnicity, see “Is Inequality Inevitable?” The text below concentrates on how Haiti is a recurring example in the latter chapters of Lavenda & Schultz’s anthropology textbook.

Lavenda and Schultz introduce the example of Haiti early in the chapter: “Haiti began as a colony of France and achieved its independence following a successful revolt of black slaves against their white colonial masters” (2015:418). However, this is a little-known history. Although all US students learn about the Louisiana Purchase, almost no one mentions the Haitian Revolution as crucial to US expansion.

Indeed, the contention that enslaved Africans and their descendants could not envision freedom–let alone formulate strategies for gaining and securing such freedom–was based not so much on empirical evidence as on an ontology, an implicit organization of the world and its inhabitants. Although by no means monolithic, this worldview was widely shared by whites in Europe and the Americas and by many non-white plantation owners as well. (Silencing the Past: Power and the Production of History, 73)

The day after President Trump referred to Haiti and the continent of Africa as “shithole countries,” Jerry Rosembert Moïse, a prominent Haitian graffiti artist, brought a provocative rejoinder to the insult to life. In a live painting demonstration in Dartmouth College’s Baker Library, he depicted Trump getting a spanking and a history lesson from children of Norwegian, Haitian, and Taino descent: the young teachers enumerated Haiti’s world-historical feats and the price paid for them to the potty-mouthed President.

Kivland’s article helpfully fills in much of the necessary history. For more on this site, see the Trouillot Bibliography.