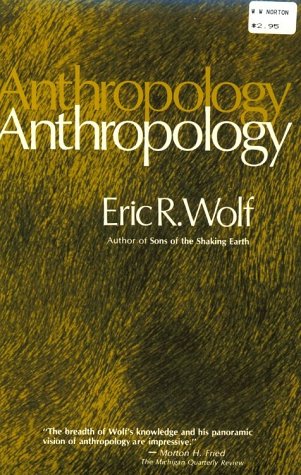 What is Anthropology the Study Of?

I sometimes begin class with a short clip from Community Season 2 Episode 3:

What is anthropology? Seriously does anyone know?
It’s the study of humanity!
Wow. Wow. I thought psychology was a racket.

I want to connect to pop culture representations of anthropology. But I also emphasize that indeed anthropology can seem like an overwhelmingly ambitious project.

What is Anthropology the Study Of? Part 1: Subject Matter & Orientation

Lavenda and Schultz trace their definition of anthropology to a 1977 textbook by Davydd Greenwood and‎ William Stini: Nature, Culture and Human History: Bio-cultural Introduction to Anthropology. It is interesting that the biocultural approach which gained traction around 2010 has quite a long pedigree, even in introductory texts.

For Lavenda & Schultz, anthropology is “a scholarly discipline that aims to describe in the broadest possible sense what it means to be human” (2015:5). I use this quote in my own attempt to write a short page on “What is Anthropology?” aimed primarily at outside audiences.

Lavenda & Schultz emphasize that anthropology is holistic. That it is comparative. And studying anthropology involves studying evolution, which simply means change over time.

One of the founding issues of anthropology was to compare human similarities or universals with human differences and particularities. In some ways, human universals and similarities–what we seem most to share–are also what make us most different and particular. I’ve posted about this in Human Nature and Anthropology.

Lavenda and Schultz begin with the example of their experiences eating termites. Obviously food and eating are human universals. Yet what seems like tasty food to many humans can be the embodiment of disgust for others. For example, see Don’t Yuck My Yum on the entomophagy anthropology blog:

When I give talks and offer insect-based snacks, it does not matter to me if people will not try them; however, I ask people to respect them. Our aversions and disgust reactions are culturally based, and we are products of our culture and thus it is completely normal to have those responses. But we do not need to degrade others with our choices. Insects are a nutritious, environmentally friendly food source that people have been wise to utilize for millions of years. Instead of asking “why don’t we eat insects” the better question may be “why did we stop eating insects?” which can only be answered by addressing our colonial history. (2017)

Obviously food and eating are human universals. Yet what seems like tasty food to many humans can be the embodiment of disgust for others.Click To Tweet

Lavenda and Schultz describe anthropology in the United States as emerging from a “four fields” approach:

One of the principles involved in anthropological fieldwork is of “cultural relativism” which Lavenda & Schultz briefly introduce here. This is a tactic which toggles between the familiar & unfamiliar (2015:5). Or, as the Australian blog-podcast launched in 2017 puts it, anthropology is about The Familiar Strange.

By listening carefully to others’ voices and by trying to give voice to these voices, we act to widen the horizons of human conviviality. If we had not achieved some fellow feeling by being there, by listening carefully and by negotiating in good faith, it would be the more difficult to give voice in a way that would widen the horizons of human conviviality. Be that as it may, the calling to widen horizons and increase human conviviality seems a worthy calling–full of a very human optimism and good sense. Who would resist the proposition that more fellow feeling in the world is better than less, and that to extend the interlocutive in the world is better than to diminish it?

It is impossible to understand what anthropologists were doing and the concepts they deployed without discussing colonialism and the dominance of racial explanations. Anthropology emerged as the study of “non-European peoples, who were coming under increasing political and economic domination by expanding European and European American capitalist societies” (Lavenda & Schultz 2015:8).

Put crudely, anthropology emerged as an academic discipline to explain “Why are they like that?” Two prevalent explanations in the 19th century were Racial Determinism and Environmental Determinism. Franz Boas, a founder of US anthropology discovered:
1. No evidence of racial superiority or race determinism. Even things like human head shape displays variation and plasticity.
2. Physical environment is always important, but not causal or determining.

The core of the culture concept (from Trouillot’s Global Transformations):
1. Human behavior is patterned: People become human in a particular way.
2. Those patterns are learned (Lavenda & Schultz 2015:6).
We are not determined by our biology or genes.
We are not determined by physical environment.
Learning is crucial to human survival. “Human beings are more dependent than any other species on learning for survival” (Lavenda & Schultz 2015:6). See The Anthropological Concept of Culture. This perspective enabled anthropologists to reject hierarchical ethnocentrism. Anthropology also rejects ideas of civilized and primitive. Anthropologists “reject the labels civilized and primitive for the same reason they reject the term race” (Lavenda & Schultz 2015:11).