Home » Introduction to Anthropology 2016 » Failing our Children on Evolution? 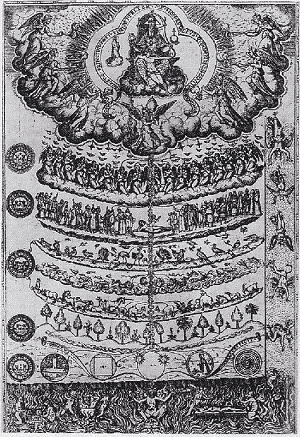 For Intro-to-Anthropology 2016, we used the third edition of Anthropology: What does it mean to be human? to examine the question of “Why is Evolution Important?” and if we were “failing our children on evolution.” The readings were:

These materials were for Anthropology 2016. For a 2021 update see Evolution and Myths and this YouTube lecture:

I am retaining the material below because it gives a snapshot into a range of opinions college students (mostly educated in the New York state school system) posted about evolution in 2016-2017. Of particular interest was the response to King’s blog-post. Here is one student comment:

I believe that there were multiple valid points brought up in King’s blog post about flaws in the education of children involving evolution. However, one quote ruined the entire post for me. That quote is “Mark Strassmann talked to Ham — and to a visitor who confirmed her belief that dinosaurs and people ‘walked hand-in-hand’ a few thousand years ago on Earth.” Now, although this was probably a random interview, most kids with any common sense and a high school education should know that humans and dinosaurs did not live at the same time. This comment may have supported King’s argument, but, in my opinion, anyone with a basic knowledge of human history and evolution would know that dinosaurs were extinct long before humans existed. I understand that the teaching of biology and evolution in New York schools may differ from other places, but a timeline of when different species existed and became extinct was something I was shown multiple times in science class while learning about evolution.

“There’s no controversy” by Barbara J. King
Many students (see Disqus comments below) thought King’s post was a bit too harsh. I tended to agree, as I had previously posted some thoughts about other arrogant treatments of evolution.