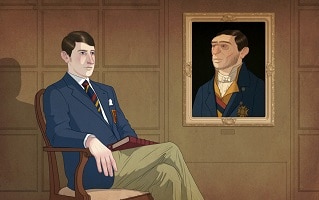 In 2017 we read “How Did Homo sapiens Evolve?” in Anthropology: What Does it Mean to be Human?

With Homo erectus we note a definite cranium expansion around 1.8mya. But there was still a lot of cranium size variation (probably within the species). Homo erectus probably used fire and cooked. Lavenda & Schultz (2015:137) cite evidence for cooking at 1.9mya. However, the citation is from Richard Wrangham’s work, who has been an advocate of very early fire-and-cooking dates. Other researchers are more skeptical. In the 2017 Uncovering Ancient Clues to Humanity’s First Fires, most researchers argue that the empirical evidence is against such an early date for fire use.

While hunting maybe not as important as once imagined (Lavenda & Schultz 2015:129), there is evidence for endurance running. Due to various reasons such as sweating versus panting (Lavenda & Schultz:136-137), humans can outrun deer and antelope. This ability makes persistence hunting possible.

The Neandertals were a successful Homo species in Europe and parts of the Middle East. Nenadertal cranial capacity averages larger than Homo sapiens (Lavenda & Schultz:141). However, these are raw numbers, not as percentage of body size. We should also remember that cranial size & intelligence within a species don’t directly correlate. There is evidence for Neandertal burials and rituals (Lavenda & Schultz:145).

Since 2010, most popular articles have been stressing Neandertal accomplishments and sophistication. For 2016 we find Neandertals making jewelry: Neandertals made their own jewelry, new method confirms. In 2017, we find Neandertals using toothpicks. In 2018, they are wielding fire to make digging sticks. Of course there will always be detractors: see Richard Coss Argues Neanderthals Didn’t Make Art Because They Were Inferior Hunters (February 2018) for a rebuttal by Kambiz Kamrani. And then see Kamrani’s comments on whether in fact the World’s Oldest Cave Art may have been made by Neandertals. In May 2018, Chris Standish and Alistair Pike pronounced on Sapiens: It’s Official: Neanderthals Created Art.

Neandertals seemed to have organized hunting (Lavenda & Schultz 2015:145). In comparison to the ideas above regarding endurance running, see the 2011 article Early humans won at running; Neandertals won at walking. (Thank you to anthropologist Helga Vierich for the link in the comments.)

The question of Neandertal language has also led to a lot of speculation. Many of these speculations can be summarized with the common idea of contemporary human scientists of attempting to emphasize abstract thought and symbolism–and thus human intelligence–as the essence of humanity. In the February 2018 Who First Buried the Dead?, Paige Madison makes the case that we should see evolution in general, and even abstract thought and symbolism in a more mosaic approach: “Maybe this mosaic progression applies to human behavior as well. Could it be that our culture–including abstract thinking and complex symbolic actions–arrived not in a single package, but rather evolved piecemeal?”

Anatomically Modern Humans (Lavenda & Schultz:139). Homo sapiens first emerge in Africa, and then have an extremely successful spread. Eventually other bipedal species disappear. In some ways it could be said that the Homo lineages were much more biologically diverse 50,000 years ago than any human biological diversity today.

We have known for many years that Neandertals are not directly ancestral to Homo sapiens. But did they interact? Interbreed?

The discovery of Homo erectus and Neandertals have been linked to mythologies of race. One too-persistent idea is the “Ancient Origin Candelabra” (see Carleton Coon [1962] in “Genetics and Recent Human Evolution” Templeton [2007]).

The Ancient Origin Candelabra is discredited by multiregional and replacement hypotheses. There is no evidence for this scenario.

The original multiregional model . . . regards human populations as being interconnected by nearly continuous gene flow throughout the Pleistocene, with the gene flow being of sufficient magnitude such that the human continental populations define an intertwined trellis. There is no tree of human populations of any sort in Weidenreich’s figure. Weidenreich (1946) argued that regional populations could display differences, and some local differences could persist through time in the same locality, but there is no assumption of independent, parallel evolution. Instead, humanity consists of a single evolutionary lineage with no subbranches because humanity’s geographically dispersed populations were and are interconnected by gene flow and lines of recent, not ancient, common descent due to this gene flow. (Templeton 2007:1509)

From 1987-2010 the replacement model seemed to be winning the field. Genetics seemed to completely disprove admixture with Neandertals or earlier Homo erectus lineages.

Meanwhile the Regional Continuity Model or Multi-Regional Evolution was defended by a few prominent holdouts. But it was misunderstood and disappearing from the textbooks. [I’ve posted about this at More Mothers than Mitochondrial Eve]

It used to be so easy. But now it’s

What does it mean?

There has been lots of crazy talk, such as rampant speculation on Denisovan brains. But the evidence seems to confirm John Relethford’s “mostly out of Africa” model (Lavenda & Schultz:140). Human admixture–moving, mating, mixing–is ancient, enduring, and continues. Human admixture is not simply recent and sporadic. Moreover, a 2016 study Climate Swings Drove Early Humans Out of Africa (and Back Again) suggests multiple Homo sapiens migrations out of and back into Africa.

We used to stress a consensus date for the emergence of Homo sapiens at around 200,000 years ago, probably in East Africa. However, as of June 2017 the Oldest Known H. Sapiens Fossils Found changes all that:

The bones, along with Middle Stone Age tools found both at the Moroccan site and throughout Africa, support the view that Homo sapiens were living all around the continent at this early date; modern humans likely developed throughout this widely distributed population, Hublin argues. “Our emergence is probably not in some garden of Eden, but pan-African,” says Hublin.

Indeed, findings published in July 2017 seem to help resolve some of the puzzles. As Carl Zimmer reports in the New York Times:

Image credit: My Ancestors, Myself by Biological Anthropologist Jonathan Marks.

To cite: Antrosio, Jason. 2017. “How do we get to Homo sapiens?” Living Anthropologically website, https://www.livinganthropologically.com/anthropology-2017/homo-sapiens/. First posted 22 February 2017. Revised 22 May 2018.