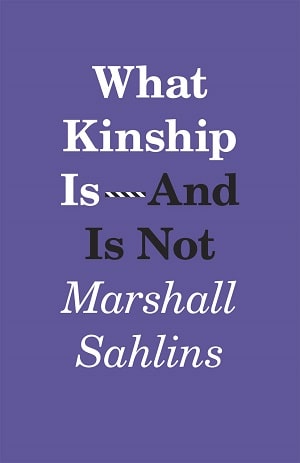 In my Intro-to-Anthropology 2017 course we tackled some big and controversial questions anthropology has attempted to answer. One big question: Is Kinship Important? We read:

For a 2021 update, see Sex-Gender-Sexuality and Kinship Circulation with this YouTube lecture:

How does kinship work?

Lavenda and Schultz begin with a conventional definition of a kinship system: “systems of relatedness based on ideas of shared substance” (2015, 374). However, this apparently conventional and simple definition gets really strange, really fast. That is to say, as soon as we peer into what ideas people have about relatedness, shared substances, and how people have systematized those relationships, an incredible cross-cultural and historical diversity emerges.

Why do anthropologists study kinship?

Early anthropologists assumed kinship was of paramount importance. There were several reasons for this assumption. First, as Lavenda and Schultz put it, “kinship studies in anthropology were based on the assumption that all societies recognized the same basic genealogical relationships” (2015, 374). Lewis Henry Morgan’s 1870 book Systems of Consanguinity and Affinity of the Human Family not only assumed this biology, but assumed societies could be ranked from savagery to civilization based on their kinship understandings (see the kinship section of Representing Anthropological Knowledge). Second, as discussed in Why Does Politics Matter?, anthropologists portrayed kinship as a crucial organizing factor for societies which seemed to be state-less or lack formal government.

Finally, collecting kinship terms and attempting to systematize them seemed to be a way to quickly categorize and develop a typology of various societies. The concentration of anthropology on kinship became so extreme that “in the early 1950s, in the heyday of British structural-functionalism, kinship studies were in fact so dominant that outsiders spoke ironically of [anthropology] as kinshipology” (Eriksen 2017, 99; see also Fieldwork and Kinshipology).

Does everyone know what sex is?

One of anthropology’s most important discoveries is to question the equivalence between biological reproduction and kinship terms. Kinship is “a cultural interpretation of the culturally recognized facts of human reproduction” (Lavenda and Schultz 2015, 375). That the word cultural appears twice in this sentence is an indication of how thoroughly anthropologists believe that the “facts” of human reproduction must be put through a cultural lens. Those facts are “culturally recognized” as part of a “cultural interpretation” of relatedness.

Lavenda and Schultz explain that (somewhat euphemistically) all societies recognize sex differences and that “two different kinds of human beings must cooperate sexually to produce offspring” (2015, 375). Ideas about the contribution may differ quite dramatically. An extreme case may be David Schneider’s account of Yap Islanders.

What is the difference between sex & gender?

For an extensive discussion of these issues, see my blog-post on Anthropology, Sex, Gender, Sexuality: Gender is a Social Construction. And see the research about issues that come up with every Olympics: Fixing Sex.

Is it common to have more than two genders?

Although Lavenda and Schultz cite only a few cases of what they call “supernumerary gender roles.” Recent research seems to indicate much more widespread prevalence. For a great map, see Two Spirits: A Map of Gender Diverse Cultures. “Hundreds of distinct societies around the globe have their own long-established traditions for third, fourth, fifth, or more genders.”

After a long period in which kinship studies dominated anthropology, a subsequent generation of anthropologists decided the answer to “Is Kinship Important?” was “not so much.” Anthropologists had established the cultural recognition of kinship rather than its biological basis. Anthropological attention began to shift more toward issues of economics and other concerns. Although anthropologists importantly indicated that kinship had hardly disappeared from modern politics, they shunned previous ideas that kinship was a determining force or a key to unlock all societies. In part this was because, as with language, the presence or absence of kinship terms did not determine thought and behavior.

Another factor in the re-analysis of the importance of kinship was the realization that those hunter-gatherer “bands” which were always depicted as completely kin-based were actually a mix of friends and kin. As anthropologist Helga Vierich describes in the January 2018 blog-post Friends: “Among the Kua adults, belonging to a wider circle of valued companions, consisting of both relatives and friends, is of paramount importance.” For more on the importance of friendship, see the book Vierich recommends A Talent for Friendship: Rediscovery of a Remarkable Trait by John Edward Terrell.

Of course one huge change has been the changing landscape of ideas about gender and the idea of being transgender. I believe this rapidly changing landscape is part of why my 2012 blog-post Anthropology, Sex, Gender, Sexuality: Gender is a Social Construction has been one of the most popular posts I’ve ever written.

In some ways, we should be careful not to overdo the idea that anyone living outside stereotypical gender roles is “transgender.” An April 2017 article in the New York Times, My Daughter Is Not Transgender. She’s a Tomboy. is a helpful reminder of an older anthropological idea/ Biological sex does not need to be linked to only one gender role.

Another change to classic kinship ideas is the recognition of how much pain and inequality is part of kinship and family. See the Anthropology News “Privilege and the Kinship Chart” by Cerisa R. Reynolds (June 2017). Reynolds explores her own use of classroom kinship chart exercises, and urges us to “move beyond, and away from, the kinship chart exercise.”

The next big question from Intro-to-Anthropology 2017: Is Marriage Natural? Or for a 2021 update, see marriage is a social process using the textbook Anthropology: What does it mean to be human?