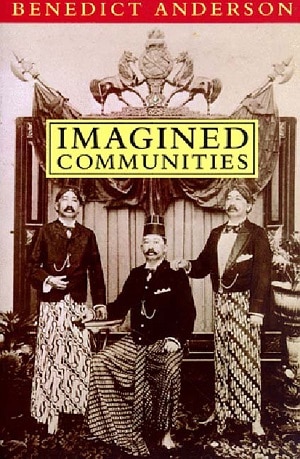 For the final part of Anthropology 2017 we tackled big and controversial questions anthropology has attempted to answer. One question that seems increasingly on the minds of Google search: “Is Nationalism Bad?”

There were three readings to discuss “Is Nationalism Bad?”:

Did states always identify as nations?

As Lavenda & Schultz describe, “state societies are not new social forms” (2015:434). We can here return to the archaeological question of the rise of the state as an emergent political form. However, these early states and most of the largest empires did not include the idea of a “national” identity. In fact, many of these empires depended on a multi-ethnic political unit rather than the idea of a unified national identity.

When did the idea of a nation-state develop?

Although forms of state power are very old, the idea of a nation-state is relatively recent. Like Lavenda and Schultz, many historians turn to the French Revolution as a crucial moment. Indeed, the French Revolution is a great example, because in 1789, only a minority of the people in the territory spoke French as a primary language! Therefore, a crucial component of the nation-state is nation building: “The attempt made by government officials to instill into citizens of a state a sense of nationality” (Lavenda & Scultz 2015:435).

Phillip M. Carter uses the French Revolution example to extend this argument in a February 2018 piece titled Petty Nationalism and the Right’s War on Language on the American Anthropological Association blog. Carter’s paragraph encapsulates many reasons why idealistic answers to the question of “Is nationalism bad?” may be missing the point:

The French Revolutionaries had many ideas worth upholding, but on the matter of language, they got it precisely backwards. Equality doesn’t come from imposing the wishes of the socially dominant language group on the whole of society. It doesn’t come from pretending that multilingualism doesn’t exist, or from promoting the untenable and unrealistic fantasy of monolingualism. It was problematic in the 18th Century, and yet more unrealistic still in the 21st. Looking back over the past 215 years or so of Western language history, it is clear that the French notion of une langue, un peuple, une nation is both morally and logistically abject. If that sounds like hyperbole, consider that in the 20th Century, Stalin, Mussolini, and Franco all borrowed its premise to launch their programs of nationalism, to devastating effects. And in the 19th Century, American President Andrew Jackson, whose portrait now hangs in Trump’s Oval Office, signed the Indian Removal Act into law, which initiated the Trail of Tears and led to the destruction of many Native cultures and languages. Native languages, in Jackson’s view, were considered incompatible with the American nation. It would seem that Spanish is shaping up to be the modern day equivalent in Trump’s America.

How are feelings of nation and nationalism created?

Or as a reader asks on Twitter: “Is the USA a nation-state? Do we have enough culturally in common enough to be one?”

This ideal version of nationalism has rarely, if ever, been realized. As we learn in studying Social Inequality, ideas of difference often become translated into unequal access to full belonging in a nation.

One way to illustrate this is by watching episode 2 of Race: The Power of an Illusion, “The Story We Tell”:

Anthropologist Gina Athena Ulysse provides a rousing contemporary reminder of why understanding “the story we tell” is so important at this juncture. I also endorse Ulyssee’s “quibbling intervention”:

Seventeen minutes into the film (at 16:55 to be exact), the narrative turns to U.S. territorial expansion due to the Louisiana Purchase from France. There is no mention or reference to the Haitian Revolution or its impact, which caused Napoleon to get rid of this territory. I often bring this to students’ attention.

This is also a good place to talk about Handler’s article on Let’s Keep Arguing About Flags and Statues. Handler’s August 2017 follow-up The Ku Klux Klan and the Value of Shame, is perhaps even better. As Handler writes, “ultimately, to take part in a debate about national history is to take part in a debate about what kind of moral order we as a society should embrace.”

Or, as an archaeological alternative, see the article and many references in Memory, Monuments, and Confederate Things: Contesting the 21st-Century Confederacy. Paul Mullins concludes very bluntly: “There seems little likelihood the Civil War will be ‘forgotten,’ but the distorted neo-Confederate picture of the Civil War and the subsequent 150 years will indeed be transformed.”

At its most extreme, unequal access to full belonging in a nation can become part of an “exterminationist temptation that accompanies all drives to nationalism” (Lavenda & Schultz 2015:442). Here, Lavenda & Schultz draw on Zygmunt Bauman’s work. Bauman links this “exterminationist temptation” to “modern nation-states with rationalized bureaucracies and industrial technology” (2015:442). We also discussed this in the class on Politics.

Is the world made up of nation-states?

As discussed in Why Does Globalization Feel New?, after centuries of globalization, there was a significant period of “deglobalization” from roughly the 1930s-1960s. One of the strange results of this period is the belief that the world is naturally divided into nation-states. Just look at a map! The nation-states all seem to come in color-coded units.

But is this a realistic view of the world? And is it a view of the world which will help us deal with pressing issues? See a good summary of The Refugee in Anthropological Perspective on anthro everywhere! (July 2017).

What is the future of the nation and state relationship?

If a nation-state achieves consolidation, it can look like a very solid entity. The government enlists maps, borders, and walls to maintain this sense of permanence. However, the borders and boundaries of nations and states are often in flux. Coming years seem to promise future re-alignments and uncertainty. One example is discussed in a July 2017 Leiden Anthropology Blog on ‘The right to vote’ and Catalan independence. Interestingly, some of the Catalan nationalists have adopted elements of the Cuban flag:

Many balconies sported a different flag: the Catalan flag, but with a star on a blue triangle. This flag is inspired by the Cuban one, showing the Catalans´ admiration for the Cubans who, after a long war with Spain, achieved independence in 1908. Since the rally for Catalan independence of 11 September 2012, whose who support the referendum for self-determination hang this flag from their balcony.

We also address this question in the final class on What Will Happen in the Future? And see Anthropology of the State during Globalization.

Resources for “Is Nationalism Bad?”

The Special Section on Nativism, Nationalism, and Xenophobia: What Anthropologists Do and Have Done (July 2017) edited by Virginia R. Dominguez and Emily Metzner looks like a great resource.