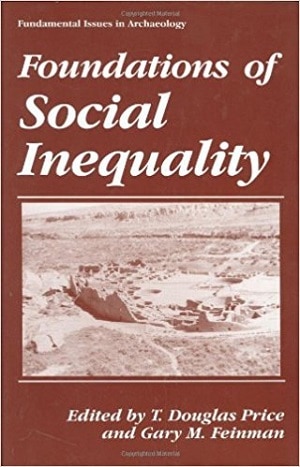 For my Intro-to-Anthropology 2017 course we tackled big and controversial questions anthropology has attempted to answer. Here’s a big one: Is Social Inequality Inevitable?

The reading was from Lavenda and Schultz Anthropology: What Does it Mean to be Human? We read part of the chapter on “What can Anthropology Tell Us about Social Inequality?” In this chapter, Lavenda and Schultz treat many different forms of social inequality, including gender, class, caste, race, and ethnicity. They also include nation and nationalism. We examined the theme of nation and nationalism separately for the question of Is Nationalism Bad?

This material was for Intro-to-Anthro 2017. For an update, see the 2021 Naturalizing Inequality.

Lavenda and Schultz begin with a powerful statement on naturalizing discourses. All of these inequalities are socially created. But in most cases, they are also naturalized. Naturalizing is “the deliberate representation of particular identities as if they were a result of biology or nature, rather than history or culture, making them appear eternal and unchanging” (2015, 439).

All of these labels are categories of difference and identity. They do not all exist in every society. And they have changed over time. In practice, such ideas about difference do not necessarily need to imply social inequality. But whenever people talk about identity and difference, we need to be aware of possible inequalities.

When such categories do exist they are almost always interconnected. As my mentor Michel-Rolph Trouillot put it in a graduate seminar, “race is always gendered.” That is, our ideas about racial identity always include ideas about gender identities. For a 2017 example see “I Don’t Always March, but When I Do, I March My Ass to Work” by Lauren A. Hayes in Anthropology News.

While social inequalities are present in any human society, we need to be aware of how contemporary inequalities are related to colonialism and capitalism. “The spread of capitalism and colonialism reshaped forms of stratification that predated their arrival, as well as introducing new forms of stratification into formerly independent, egalitarian societies” (Lavenda and Schultz 2015, 416).

In Conclusion: Is Social Inequality Inevitable?

Nicholas Kristof’s article June 2017 New York Times is a helpful summary. While some form of social inequality is inevitable, it is not the same in every society. Nor must it be as inevitably unequal as in the United States. “Presented with unlabeled pie charts depicting income distributions of two countries, 92 percent of Americans said they would prefer to live with the modest inequality that exists in Sweden. Republicans and Democrats, rich and poor alike–all chose Sweden by similar margins.” Kristof is drawing on the work of The Broken Ladder: How Inequality Affects the Way We Think, Live, and Die. (Note that Kristof’s example of monkeys getting upset about cucumbers has been challenged. Apparently “what looks like moral outrage is actually social disappointment.”)

While of course the ideal of perfect utopian equality may be unrealistic, we can at least strive to be “moving away from dystopia” as Paul Farmer put it in reference to how healthcare is a human right.

Resources for “Is social inequality inevitable?”

As mentioned above, Lavenda and Schultz overview many different forms of social inequality, including gender, class, caste, race, and ethnicity. For