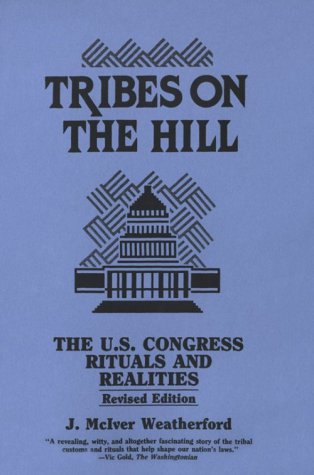 Why Does Politics Matter?

For Intro-to-Anthropology 2017 we tackled some of the big questions anthropology has attempted to answer. One question: Why Does Politics Matter? We read:

This post was written for the Intro-to-Anthro 2017 course. I revisited some of this material in 2021 as Politics and in a YouTube lecture discussed “why politics” using the 5th edition of Anthropology: What does it mean to be human?:

Interestingly in 2017 Richard Cohen used an example of his college anthropology professor commenting on North American politics. Cohen’s piece, Trump will never be presidential–and the GOP knows it echoes the classic gambit of Body Ritual Among the Nacirema. As I wrote in my comment: “Many anthropologists are producing some excellent and insightful contemporary political commentary. In this context, Jack Weatherford’s book Tribes on the Hill written in *1985* could be used as a prescient analysis and prediction of our increasingly tribal political apparatus.”

Early Assumptions about “Why Does Politics Matter?”

When anthropologists began their field studies, many believed that European and American institutions were the correct form of government, law, and political order (Lavenda and Schultz 2015, 352). These ideas are part of a deep view of human nature which dates to Thomas Hobbes and the “war of all against all” (in Lavenda and Schultz 2015, 352). Economists eventually promoted Hobbesian ideas for running economic systems, assuming a free market balances self-interest. And in politics, Hobbes insisted that state government is necessary to prevent political chaos.

For a 2018 assessment, see Hobbes the Science Fiction Writer by Kerim Friedman on anthro{dendum}:

It is said that Doctor Who, which first ran from 1963 to 1989 and has been on again continuously since its revival in 2005 is the longest running TV series of all time, but perhaps that honor should be given to Thomas Hobbes? The Hobbesian myth of the foundational moment of sovereignty–in which a war of all against all is averted only by their surrender to a sovereign–was deliberately designed to scare his fellow citizens into submission. In doing so he hoped to bring peace to a nation beset by civil war.

One result of the Hobbesian inheritance is that we commonly assume others are warped, primitive, or lacking, in “state-less” societies. Such attitudes correspond to contemporary ideas of “spreading democracy,” even if it must be imposed by military means.

At times, anthropologists assumed forms of kinship were organizing principles without state government. This went with an assumption that in other societies they mix kinship and politics, whereas our evolved society is a meritocracy.

Anthropology challenges the idea of “lack” or “absence” in non-state societies. Anthropology also challenges the idea that in modern societies, kinship and gender become less relevant to politics (Lavenda and Schultz, 359). This is an important point of Jack Weatherford’s article “Tribal Politics in Washington” (interestingly, note the Weatherford comment on Potosi and Capitalism). And remember that Weatherford’s article was written before the election of George W. Bush (2000) and the candidacies of Hillary Clinton (2008 and 2016). As Lavenda and Schultz put it “kinship continues to play a significant role in people’s political lives, even in contemporary settings, in which it would not necessarily be expected to do so” (2015, 360).

Anthropologists have usefully used and expanded Antonio Gramsci’s ideas of domination and hegemony (in Lavenda and Schultz 2015, 352-353).

An anthropological analysis of politics is less about individualist narratives and attempts to explain the “why” of how certain individual leaders come to power. Rather, anthropology can help us describe the “conditions of possibility” for particular political configurations. In the 2017 New York Times Op-Ed Historians Shouldn’t Be Pundits, Moshik Temkin advised historians to avoid too-simplistic analogies. Tempkin’s advice can be applied to anthropology too: Anthropologists Shouldn’t Be Pundits. Rather, we can describe the conditions of possibility:

[Donald Trump] benefited from historical processes that we can understand and respond to: our worship of celebrity; the persistence of gender, racial and economic inequality; the devastation of foreign wars; voter suppression; and a political system that does not reflect the diversity or policy preferences of the American people.
Here are some questions: How did a rich guy who never contributed a thing to the public good become a public figure? Why did his ill-informed opinions on everything from China to Barack Obama’s birthplace matter to millions? How did private wealth come to provide such access to power and influence in politics? Why has xenophobia been such a force in a country built by immigrants?

Another set of interesting concepts anthropologists adopt to describe power and state politics are “Biopower and Governmentality” (Lavenda and Schultz, 355-356). Governmentality is a concept originally developed by French theorist Michel Foucault. Lavenda and Schultz employ a definition of governmentality that “involves using the information encoded in statistics to govern in a way that promotes the welfare of populations within a state” (2015, 356). There are certainly benefits to such a shift in ideas about governance. However, “the fact remains that providing the government (or any bureaucratic institution) with detailed vital statistics can be threatening, especially in cases where people are concerned that the state does not have their best interests at heart” (Lavenda and Schultz 2015, 356).

And for more on issues of power, nation, and nationalism, see the material on the question Is Nationalism Bad?

Don’t be afraid to think big & differently about politics

Finally, and in relation to the class on capitalism, Lavenda and Schultz provide a profound statement on “the paradox of the human condition” (2015, 350):

On the one hand, open cultural creativity allows humans to imagine worlds of pure possibility; on the other hand, all humans live in material circumstances that make many of those possibilities profoundly unrealistic. We can imagine many different ways to organize ourselves into groups, but, as Marx pointed out long ago, the past weighs like a nightmare on the brain of the living.

At the same time, one of the interesting ways in which people have been imagining worlds of more open possibility is in regard to kinship, sex, and gender, the theme of the next class.

Another interesting resource for thinking big and differently about anthropology and politics are the thoughts published in a 2016 forum on Anthropological publics, public anthropology. The panel included a contribution from David Price who was invited by Mike Woost to lecture at Hartwick College. Mayanthi Fernando’s concluded with a provocation:

It is simply not at all clear to me that the way forward–and this is intended as a provocation–is the reentrenchment of a liberal, deliberative, rational, and secular public sphere. . . I think that there is something else going on in this moment, and I think that something else is actually productive to think with. And I believe that we as anthropologists may be well equipped to do just that, to think with that, and to do politics in the United States and Europe in a way that actually marshals that non-liberal, non-secular mode of thought and action rather than tries to deny it.

For ongoing updates on anthropology and politics, see the politics index-tag.

This post was written for the Intro-to-Anthro 2017 course. I revisited some of this material in 2021 as Politics and in a YouTube lecture discussed “why politics” using the 5th edition of Anthropology: What does it mean to be human?: