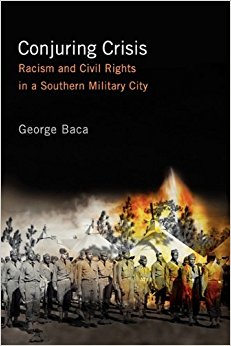 Fallout from “Fuck You Republicans”

Update: I periodically revisit this 2011 post as academics get ambushed around the United States. I had attempted to sound these alarm bells back in 2011. All the pieces were in place, including the use of “alternative facts” and a fraudulent news network. The difference seems to be degree of escalation. In 2011 it was still mostly hate mail. Now, there are many more death threats.

Anthropologist Ellen Lewin, a Professor of Anthropology and in Gender, Women’s and Sexuality Studies at the University of Iowa got ambushed in 2011. Her three-word e-mail landed in 30-or-so newspapers, including the Chicago Tribune and the New York Daily News, a bunch of blogs, on the news ticker and a blog at the Chronicle of Higher Education and Inside Higher Ed. The articles generated countless comments. Lewin received upwards of 370 e-mail missives from strangers, many of which became public. People posted her home address and phone number online. But that’s what happens these days [as of 2011] when the three words are “FUCK YOU REPUBLICANS.”

First, some thoughts on proportionality; then two lessons; then four implications for anthropology.

On proportionality and the Ambushed

When Vice President Dick Cheney told a United States Senator in 2004 to “Go fuck yourself” on the Senate floor, did he receive this kind of reaction? Calls for apology, resignation, censure, leering e-mails? The situations are different, but there are parallels: both Lewin and Cheney are figures who are supposed to set examples for children. Both Cheney and Lewin should be promoting civil discourse and debate. Lewin and Cheney were both speaking in semi-official (but not fully official) capacity. Both Cheney and Lewin get taxpayer financing. But Cheney went on Fox News to say his outburst made him feel better, and that “several of his colleagues ‘felt that what I’d said badly needed to be said, that it was long overdue.'” So Cheney becomes cathartic-hero: no apology.

Imagine if Lewin went on the liberal equivalent of Fox News to talk about how her outburst made her feel better. But, as a sign of how wacky things are: (1) there is no liberal equivalent to Fox News; and (2) a significant segment of the population believes every media outlet except Fox News is a liberal equivalent (a diarist at Daily Kos also suggests Lewin take the Cheney approach). Even worse than the nearly complete dominance of conservative media, many people feel personally authorized to fire off hateful messages to anyone that media spotlights. Some blogs associate Lewin with the already-targeted Frances Fox Piven.

Lesson 1: Everything internal can be external

Lewin thought her e-mail would at most be some back-and-forth e-mails within the U.Iowa system. A student messaged her with the subject line “You rock!” and Lewin responded “How did you find out about this?” The student sent Lewin the link to The Iowa Republican. Apparently Lewin was unaware it had begun circulating.

According to anthropologist John Schaefer, one of his professors had this advice: “if you wouldn’t want to see it published in the newspaper, don’t write it in an email.” That’s smart thinking, because an e-mail, or Facebook status update, can land in the newspaper, blogs, and the whole internet. Or segments from the classroom can end up on YouTube, edited and without the professor’s knowledge, so a classroom debate gets portrayed as a one-sided rant. Or there are those editing classroom videos to get professors fired. This by the same people who hyper-publicized the Lewin e-mail.

These are lessons anthropologists should know, as we often see our own work misused and twisted. We should also have enough political awareness to know that when GOP operatives try to scrutinize a prominent historian’s e-mail, these are strange times.

Lesson 2: Conservatives portray themselves as victims; minority-group tactics are part of the playbook

Whether or not they truly see themselves as persecuted victims, victimhood is certainly one of the most-used portrayals conservatives use. This has been happening for a long time. Anthropologist George Baca in Conjuring Crisis wrote about how southern whites use Civil Rights-style tactics to keep power.

Again, although this victimization rhetoric intensified under Obama, it should not be news to anyone in anthropology or academia. Any tactics formerly used by minority groups have been thoroughly appropriated for the conservative playbook. Backlash to those tactics and to their appropriation only ramps up the rhetoric. Pointing out the factual inaccuracy of these claims does not seem to help. These are emotional reactions shaping facts, “a matter of motivated ‘reasoning’” (see also blog-post on Race Remixed? and interesting comments in “Please don’t flame the students” at the Tenured Radical blog).

Rough times for the anthropology brand

In 2010 things seemed to be going well. Anthropologists had great annual meetings of the American Anthropological Association in New Orleans, with record attendance. The December 2010 issue of American Anthropologist had some really interesting sections: A “Vital Topics Forum: On Nature and the Human” hosted by Agustín Fuentes (see Greg Downey’s great summary and comments). That issue also featured three articles assessing the future of anthropology:

But as this was happening, things were unraveling. What began as an internal debate about the AAA mission statement became an external debacle, with Nicholas Wade in the NY Times grossly misrepresenting anthropology. Efforts to help Anthropologists Unite!” got criticized and rebuffed. Now Lewin.

In some ways these episodes fit the trend analyzed in the blog-post Anthro-Flop-ology. But unlike the public anthropology efforts described in “Anthro-flop-ology”–which caused barely a ripple in the public sphere–the latest events have been a highly public tarring of anthropology.

On my way out of the New Orleans AAA meetings, I saw a couple of the papers at the panel on “Speaking the same language: Bridging the ever-growing disciplinary divide between cultural anthropology and archaeology.” The papers were OK. Most were by graduate students trying to make sense of the field they were joining, but the panel and papers seemed atypical of the meetings. I was then quite surprised to see this was the one panel from the meetings covered by the Chronicle of Higher Education, as “Anthropologists Look for Bridges Across a Divided Discipline.” I felt compelled to comment on the article, as it really did not seem representative of the meetings I experienced.

I wondered then if anthropology was being ambushed. During times of budget cutbacks and constraints, were other disciplines trying to carve up the tiny pie of anthropology? Reading through the e-mail Lewin received, the hostility is also leveled at any kind of progressive platform, publicly funded education, and academia in general. But these are all areas in which anthropology often gets attacked first. If anthropology is ambushed, what can we do?

Saying anthropology is being ambushed is too conspiratorial. But it does seem safe to say anything anthropologists do could be subject to ambush. Or, if ambush seems too harsh, we can call it a transition, like Andre Gingrich does. Gingrich’s advice is similar:

Opponents will not remain inactive. In times of crisis, it is not difficult to predict that some forces will emerge that will argue either for an intensification of anthropology’s applied subordination and instrumentalization at the service of other needs and fields or for anthropology’s radical downsizing–or for both, as one step toward its dissolution. (2010:558-59)

So, one step is to recognize our condition, whether we want to call it transitional, or subject to ambush. This leads to:

b) Understand the situation

It seems a good time for caution regarding how internal debates can be picked up by outsiders and amplified. We should know any internal victories and points-scored could be very short-lived. What we should not do is provide quotes for reporters like Nicholas Wade: “‘I really don’t see how or why anthropology should entail humanities,’ said Frank Marlowe” (2010).

Fortunately Daniel Lende was there to give the quote a little humor: “Take that, you fluff heads! I’m still getting in my swings while I’ve got the media’s eye. If I swing hard enough, I might even knock you out of the AAA!” Lende probably saved more than one anthropologist’s sanity that day. Still, playing out internecine struggles in the press tars anthropology, at a time when we can ill afford it.

I chanced upon the Lewin news while searching for something else. As far as I know, none of the established anthropology blogs did any reporting or comment, and it has not been in any international quality newspapers (it did hit the anthropologyworks blog, Anthro-in-the-news 4/25/11). It seems like we need to develop a team of rapid-response anthropologists who trawl these kinds of news reports, catching things and trying to re-frame them.

More anthropologists need to set up facets for commentary and activism, independent of university.edu e-mail accounts. If Lewin had taken the student group’s e-mail, posted it to her blog, and then subjected it to analysis and comment, it could have been quite productive. Let’s save our activism for independent political projects. As Michel-Rolph Trouillot once commented in a seminar, an academic anthropology job is not activism: “you can’t have your job and eat it too.”

Anthropology needs to keep pushing to be more public. But we must also realize the hostile environment we are wading into, and how the anthropology brand has become an automatic target for derision. In an earlier post, I quoted Jeremy MacClancy’s 1996 call to “dare to lower the drawbridge” (Popularizing Anthropology, p.46). Maybe we need to cover the flank.