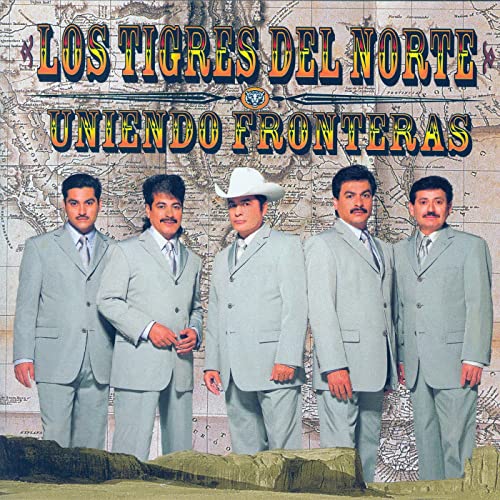 After this overview, we read chapter 2, the badly-titled “Before the Europeans.”

Somos Más Americanos. We are more American. Of course the Tigres del Norte here are making a little bit of a joke, a little bit of Mexican nationalism joke. But they’re trying to tell us about a kind of reality that people experience outside of the United States. And for those of you who’ve ever traveled in places in Latin America, and people are like “wait a second, why are you calling yourselves Americans?” Or, “why do the people in North America or the United States call themselves Americans?” When in fact we’re equally, or in the words of the Tigres, we are more American than you, and in the sense of being a kind of a deeper history there. And they’re also talking to us about an interesting reality which we’ll talk about in a little bit, is that much of the United States was actually Latin or colonized by the Spanish before it was ever Anglo.

And so a couple years ago somebody was in a Colorado grocery store and some people were speaking Spanish and she got mad at them and said “speak English, this is America.” It’s like wait a second, you are in Colorado. How do you think your whole state got its name from? It has been explored and colonized and for many years administered by the Spanish before it was ever administered by the Anglos. Now of course they’re playing a little bit with history here, they’re playing with a theme of Mexican nationalism which we’ll talk about, about the idea of mixture and how that forms a new kind of person or a new kind of race. It’s a little bit like I said, it’s a little bit of a nationalistic vibe there but it tells us about something which is of interest or of importance for how we’re going to do this class. So this is the way that Sanabria begins his work and why I think the Tigres del Norte is also a good introduction for us. He says the historical and cultural destinies of North American and LAC peoples have been interwoven. And that’s the key word here, interwoven in many ways for more than 200 years. Of course the thing that kind of strikes me, I don’t know if it strikes you: LAC. Who are these LAC peoples?