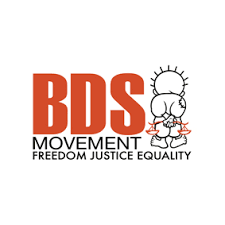 After a long time thinking about it, I’ve decided that I support the BDS Movement for boycotts, divestment and sanctions against Israel. But I voted against the anthropology boycott.

In May 2016, members of the American Anthropological Association (AAA) voted on a proposed boycott of Israeli academic institutions. AAA members got lots of e-mail from both sides. One urged: “It is crucial for us to take a stand on this issue on the side of human rights for all.”

I do believe in human rights for all. I was at the Denver AAA meetings in November 2015, and I voted to put the resolution on the ballot so it could be considered by the entire AAA membership. This has been a good time for reflection and resulted in substantial exposure for the BDS movement. But while my political leanings favor human rights and BDS, the specific anthropology boycott in fact made it far too easy for me to “take a stand,” using other people’s money and privileged academic professional affiliations. In essence, the boycott would have obligated one parastatal institution, the American Anthropological Association, to boycott another set of parastatal institutions, Israeli universities, because they are not taking a sufficiently strong political stance against their own government. As an institution, this would be a hypocritical stance. By such logic, academic organizations around the world should immediately boycott the AAA and US academic institutions.

I was also worried that the result of an anthropology boycott would be the precise opposite of what we hoped. It would probably be harmful to academic anthropological research, which depends on taxpayer and government-funded research grants. More importantly, it would be detrimental to the independent political stances anthropologists wish to take. Anthropologists are already marginalized whenever they attempt political intervention. The linking of the American Anthropological Association to BDS would only accentuate that marginalization.

Anthropology Boycott: Having my job and eating it too

When I think about the issues around anthropology boycott, I keep going back to a seminar with my graduate school mentor, Michel-Rolph Trouillot. While the exact wording is difficult to capture, Trouillot said something like:

For me, voting for the anthropology boycott would be like having my job and eating it too. The only reason I am a member of the AAA is because I was one of the lucky ones who landed a tenure-track job in the academic lottery. And Hartwick College pays for my AAA membership and subsidizes my presentations at the AAA meetings. With thanks to Hartwick, the only reason I was able to fly to Denver to “take a stand” at the November 2015 AAA meetings is because of my academic institution. And so although I realize that not all members of the AAA have such support, for many members it is because of their academic affiliations that they have such a voice.

I have looked for something by Trouillot in print that might correspond to what he said in the seminar classroom. I think the closest thing is when Trouillot spoke of confronting liberal naïveté:

[Anthropology’s moral optimism] comes with duties, responsibilities, and some personal discomfort. We cannot bury it under weak social analysis flavored by political optimism, the way we sometimes do in studies of resistance that any semi-illiterate dictator in the Caribbean or in Africa can easily dismiss as exemplars of liberal political naïveté. When we do that, we add insult to injury for we merely aestheticize the natives’ pain to alleviate our own personal uneasiness. Global Transformations 2003:136)

My take is that although the individuals supporting anthropology boycott are not exhibiting liberal political naïveté, as a collective action by the AAA the anthropology boycott would structurally be just that: a feel-good moment which will be quickly and easily dismissed.

Again, this is not to say anything about the individuals supporting the anthropology boycott. For the most part, I have found the statements by supporters to be more eloquent and well-reasoned than the over-heated rhetoric against the anthropology boycott, which at times has been so over-the-top that it makes me want to vote “yes.”

One great example of an argument in favor of the anthropology boycott is Ghassan Hage’s Why I have voted in support of BDS. Hage argues against the idea that one can “maintain the autonomy of academic life from political processes.” I completely agree. However, it is precisely because of the specific political processes of current US academic life that I plan to vote against the anthropology boycott.

Again, this is a powerful statement, but if we turn to the university system in the United States, how much “academic indifference and obliviousness” do we see when it comes to speaking out against US support for colonial violence? As mentioned above, by this measure there should be a global boycott of US university systems, and we in the US academy do not have the right to be boycotting anyone.

How will the symbolism of an anthropology boycott play out?

Should the American Anthropological Association vote with BDS, it is difficult to know how this will all play out. Some supporters like Kerim Friedman say “it is largely symbolic, but you’d think that of all people anthropologists would understand the power and importance of symbolic action.” But what if the symbolic actions play differently than intended? This possibility seems worth pondering.

Others say it is more than symbolically effective:

No one is arguing that an AAA boycott resolution, or that of another scholarly society, will by itself change international conditions. But every such measure concretely–not only symbolically–builds towards that end. These efforts multiply. Each one sends a signal that can progressively get harder to ignore. It is impossible to know in advance which will tip the scales and lead to a massive shift in how Israeli politicians, and those who elect them, calculate the effects of the state’s actions. But every moment of generating that signal, of generating substantial criticism, is effective in of itself.

But here again, given the current state of anthropology in the US academy, as the marginalized wing of “way far too liberal” within a US academy already characterized as “far too liberal,” is this really going to be seen as multiplying efforts? As generating substantial criticism? Or is the backlash going to be worse than the intended effect?

While it is indeed impossible to know in advance, the backlash implications seem potentially enormous. This is likely to be the only headline that most university administrators and politicians read about anthropology this year. In the Myths and Facts About the Boycott of Israeli Academic Institutions we are assured that

This may be true. But how many of those academic associations rely on the kind of funding that anthropology does from the National Science Foundation? To what extent will joining with these academic associations reinforce the already-prevalent view that anthropologists are too political to be in the academy at all? As one comment on Friedman’s “Squirrel!” piece notes, this is a time when US anthropology departments are being asked to justify their own existence.

Perhaps most importantly, and linked to the above, a vote in favor of anthropology boycott would have actually undermined the anthropological position when we seek to make a political intervention. Given that anthropologist Maximilian Forte has already told us Why Donald J. Trump Will Be the Next President of the United States, it was important to maintain credibility to speak as anthropologists.

I began this blog because I hoped the lessons from anthropology could be more present in public debates. A vote for the anthropology boycott of Israeli academic institutions would have done more to stifle anthropology’s role than further it.