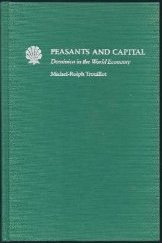 Update: The fictitious headlines about how “anthropology changed everything” and imaginary pundit quotes below remain as painful satire. This post got a nice mention in Ryan Anderson’s paper for the 2012 American Anthropological Association Meetings – see Fame of Sharing Anthropology: Valuing and Devaluing Anthropology. In retrospect, I should have used Jared Diamond rather than Paul Krugman for the third fictitious headline, especially since Diamond has of late taken to writing about Haiti and the Dominican Republic as part of his work on “natural experiments.” Moreover, it’s telling how much Jared Diamond has the ear of people like Bill Gates.

Nation’s Pundits Gather to Reflect on Trouillot’s Work and Legacy: Anthropology Changed Everything

In a special edition of the New York Times Sunday Review, prominent columnists gathered to reflect on how Michel-Rolph Trouillot and anthropology changed their thinking. David Brooks discussed how readingGlobal Transformations: Anthropology and the Modern World made him realize the perversity of the Culture Matters volume. “Trouillot’s trenchant analysis of Haiti and the misuses of the culture concept really kept me from saying some very stupid things about Haitian vodoun after the 2010 earthquake,” Brooks commented. “To this day, Trouillot’s anthropology makes me think twice every time I’m tempted to babble about how the education world has become a distinct subculture and recommend cultural diversity in the form of military virtue.”

Thomas Friedman concurred, noting how Trouillot and anthropology changed his columns on globalization and the Middle East. “Trouillot revealed the myth-making involved in ahistorical claims about recent globalization and the need to understand deep interconnections among peoples we typically portray as us and them,” Friedman writes. “Reading anthropology kept me from spouting inanities about Egypt, and of course to be very careful with metaphors: why would anyone ever celebrate a march to war as an audacious shake of the dice?”

Paul Krugman noted the influence of Peasants and Capital: Dominica in the World Economy. “Trouillot truly showed how to merge the empirical data of economic anthropology, geography, and world-systems theory.” Krugman discussed how Trouillot’s recommendation of self-centered development and food production (1988:295) led to a peasant-centered approach. Anthropology changed the frame of reference for economic development. “Using the example from Dominica, we were able to successfully convince the Obama administration of the need for an employment agenda, targeted at the poorest, and fortifying local economies through self-centered development.”

Michel-Rolph Trouillot passed away July 2012. It’s been gratifying to see so many views and shares for the In Memoriam, Michel-Rolph Trouillot page and connect with new and old friends. But there was a dearth of English-language coverage, to the extent that archaeologist John R. Roby wondered if there had been a media blackout.

My sense is that it had a lot to do with timing–some of the leaders in the American Anthropological Association were attending international conferences but posted In Memoriam: Michel-Rolph Trouillot as soon as everything could be coordinated. However, I was concerned about a lack of coverage on anthropology blogs. I saw tributes mostly from archaeology, history, and Haitian sources–one of the best tributes is by Colin Dayan, Remembering Trouillot in The Boston Review.

The larger issue remains: why we don’t read headlines about Trouillot and how anthropology changed everything.

Trouillot, Anthropology, and the Liberal Space of Enlightenment

If ideas ascended purely based on clarity and relevance, than Trouillot’s ideas–carried not just by Trouillot, but through many anthropological allies–would have had far greater influence. As Thomas Hylland Eriksen put it, “anthropology should have changed the world, yet the subject is almost invisible in the public sphere outside the academy” (Engaging Anthropology, 2006:1).

Of course, Trouillot was keenly aware of anthropology and academe’s problematic embrace of a liberal space of enlightenment:

The desire to occupy a privileged space of enlightenment is a frequent feature of both philosophical and political liberalism, though not unique to them. It echoes dominant ideologies of North American society, notably the will to power. Liberalism wishes into existence a world of free willing individual subjects barely encumbered by the structural trappings of power. The dubious proposition follows that if enlightened individuals could indeed get together within their enlightened space, they could recast “culture” or “race” and, in turn, discharge other free willing individuals of their collective delusions. But is racism a delusion about race? Or is race made salient by racism? That is the crux of the matter. (Adieu Culture: A New Duty Arises 2003:111)

Indeed, that is the crux of the matter, as I have discovered writing about Race IQ and Social Construction of Race = Conservative Goldmine. Racism is what makes race salient, and exclusively tilting against the race concept is indeed quixotic.

Trouillot was very clear about this liberal space of enlightenment:

That space does not exist. Once launched, the concepts we work with take on a life of their own. They follow trajectories that we cannot always predict or correct. We can place them into orbit, design them with a direction in mind that we know will be challenged inside and outside of academe. Even then, there is no guarantee that the final meaning will be ours. Yet without such prior attention to the wider context of deployment, the words that encapsulate our concepts are most likely to become irretrievable to us. That, I think, is what happened to “culture.” (112)

Since Trouillot wrote those words, the situation has probably only worsened. If only more anthropological concepts had been “launched” and taken on a life of their own! Instead, anything done within the space of anthropology is now mocked because it is anthropology.

I want to resist the conclusion of pointing out the irony of how we risk silencing one of anthropology’s most eloquent writers on Silencing the Past: Power and the Production of History. To simply note this irony would be the worst form of what Frederic Jameson (building on Peter Sloterdijk) terms cynical reason:

Cynical reason . . . can be characterized as something like the inversion of political apathy. It knows everything about our own society, everything that is wrong with late capitalism, all the structural toxicities of the system, and yet it declines indignation in a kind of impotent lucidity that may not even be bad faith. It cannot be shocked or scandalized, as the privileged were able to at earlier moments of the market system; nor is the deconcealment of this system, its analysis and functional demonstration in the light of day, any longer effective in compelling critical reactions or motivations. We may say all this in terms of ideology as well. If that word has fallen on hard times, it is perhaps because in a sense there is no longer any false consciousness, no longer any need to disguise the workings of the system and its various programs in terms of idealistic or altruistic rationalizations, so that the unmasking of those rationalizations, the primordial gesture of debunking and of exposure, no longer seems necessary. (Utopia/Dystopia: Conditions of Historical Possibility, 2012:23-24; for more on Jameson, see Walmart Socialism and Expropriate Goldman-Sachs)

Or in other words, about that oft and well-quoted phrase from the preface of Silencing the Past: “The ultimate mark of power may be its invisibility; the ultimate challenge, the exposition of its roots” (Trouillot 1997:xix). If cynical reason holds, then exposing the roots of power is hardly an ultimate challenge, or even worth doing.

But it does not have to be this way. Again, following Jameson’s call for “the reawakening of the imagination of possible and alternate futures” (2012:42)–and Trouillot’s Moral Optimism–we need to seize anthropology’s faith in human possibility, creativity, and hope, making this the time when anthropology changed everything.