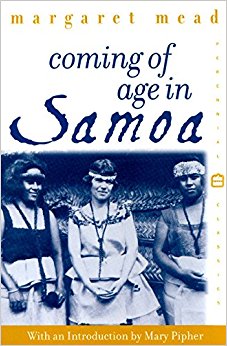 The results were disappointing, as it is difficult to get course-to-course continuity. One student argued for Coming of Age in Samoa, saying that while it may not be the best ethnography, it provides a classic example in the context of its time, from one of the most famous anthropologists. Another gave a passionate plea to include Ongka’s Big Moka. Eventually someone suggested Body Ritual among the Nacirema.

Ryan’s comment seems on the mark, even for undergraduate majors: “One of the issues that comes up whenever I think about this is the fact that many people associate anthropology with something that’s about 80-100 years outdated.”

Parenthropologist reports although the exercise was something of a flop, the students were intrigued and wanted to try it again at the end of the semester. It works like a learning outcomes assessment for the anthropology major, and encourages thinking about what kinds of materials to teach across different courses.