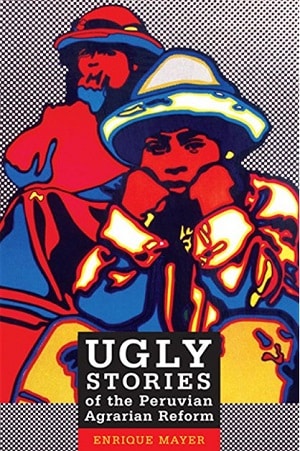 Anthropology must stand against ideologues who insist government planning is inherently flawed.

For an interesting illustration, it’s helpful to examine a proposal from Mark Bittman titled Bad Food? Tax It, and Subsidize Vegetables:

Rather than subsidizing the production of unhealthful foods, we should turn the tables and tax things like soda, French fries, doughnuts and hyperprocessed snacks. The resulting income should be earmarked for a program that encourages a sound diet for Americans by making healthy food more affordable and widely available. (24 July 2011)

It’s an idea worth pondering, but it earns Bittman sarcastic reproach from economist Mark D. White at the Economics and Ethics blog: Want social engineering of your diet with that meal? The New York Times’ Mark Bittman does.

The first irony here is how economist White does not see the long history of social engineering of diet. In the United States, social engineering has been done by the mega-corporations, a food industry run by an oligopoly that has little to do with the free markets economists are so fond of portraying. However, this kind of corporate dominance, which surely involves extensive planning and control, gets a pass as free choice, whereas any kind of government planning gets labeled “social engineering.”

A second irony is that Bittman’s proposal would surely increase the amount of real food choices people have. As Bittman and others have pointed out elsewhere, many people in the U.S. live in “food deserts,” with very little access to real food (see A Food Manifesto for the Future). Or as Sidney Mintz told us long ago in Sweetness and Power:

It would seem that increasing real choices would be important for economists. But does it only count as a real choice if it comes from a corporation? What about because of government planning?

Of course, anthropologists have also contributed to a critique of government planning. The most famous example is probably James Scott’s Seeing Like a State: How Certain Schemes to Improve the Human Condition Have Failed (1998). Although Scott uses “certain schemes” in his subtitle, it could easily be read as against government planning generally. As Fernando Coronil writes in a review, Smelling like a market, Scott chooses to ignore the role of the capitalist market:

As I see it, the issue is not that the capitalist market should be included solely because it has been a major agent of high modernism, or because it plays an even larger role as a homogenizing force now that many socialist states have collapsed, but because the opposition between state and market that structures the book is itself a thin simplification that obscures the mutual historical constitution of “state” and “market,” their close interaction, and their ongoing transformation. The modes of objectification, homogenization, and abstraction that Scott attributes to the state are inseparable from conceptual, technological, and social transformations linked not just to the constitution of modern state bureaucracies but to the development of global capitalism and the generalized commodification of social life. (Coronil 2001:129; sadly Fernando Coronil passed away in August 2011–see the post on Fernando Coronil for a selection of tributes)

In other words, the capitalist market is a key force–perhaps now the key force–in “social engineering” and planning.

A similar issue emerged recently in a review I wrote of Ugly Stories of the Peruvian Agrarian Reform (2009) by Enrique Mayer. I liked the book a lot and hope it gets a wide reading, but Mayer at times seemed bent on arguing that one of the fundamental errors in the agrarian reform was an over-emphasis on models, flowcharts, and planning:

I wanted to discuss models with Pancho Guerra, but he thought I was being ridiculous. I needled him. . . .
ENRIQUE [insisting]: What was it in those times that built up great hopes that one could change people’s mentalities by placing them in the correct box in an organizational chart? (2009:36)

As Guerra gets increasingly irritated, Mayer pushes him on why the model could not be altered:

ENRIQUE: Because the model was beautiful?
PANCHO: Look here, Enrique! I am a practical person. You will not hear me talk about models. We did it because we thought it was good. (2009:38)

There are certainly times anthropologists have valid reasons for criticizing government planning. Many of the peoples we study have been on the short end of state power, and it is legitimate to recognize state oppression. However, during this political moment, we should be careful of extending this critique to government planning generally. Government planning is not inherently bad, and especially as counterposed to corporate dominance and capitalist social engineering, it is important to keep hold of alternative possibilities.

As a note of optimism, we can also hold out the possibility that contemporary corporate planning demonstrates ways in which government planning could be made more effective and put to truly social uses. As Frederic Jameson muses:

The Walmart celebrated by [Thomas] Friedman becomes the very anticipatory prototype of some new form of socialism for which the reproach of centralization now proves historically misplaced and irrelevant. (Archaeologies of the Future: The Desire Called Utopia and Other Science Fictions, 2005:153; thanks to Robert Seguin who highlighted the quote in a Hartwick College Faculty Lecture; see the follow-ups Expropriate Goldman-Sachs and Walmart Socialism)

These issues emerged again in the comment section of Anthropology, Moral Optimism, and Capitalism: A Four-Field Manifesto and in the post on Development, Reform, Revolution–and the Bridge. In this context, I would again stress the need for emphasizing the variability and possibility in government planning, rather than an automatic denial or embrace.