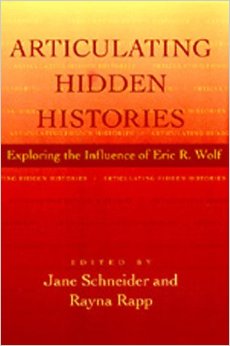 Update 2018: Revisited this post on anthropology taking over the world (which was of course always tongue-in-cheek, but seemed particularly painful since November 2016) after reading the New York Times article about Jim Yong Kim, President of the World Bank and “trained as an anthropologist”: The World Bank Is Remaking Itself as a Creature of Wall Street. We had just seen Jim Yong Kim and Paul Farmer at Anthropology Matters, the 2017 theme of the American Anthropological Association Meetings in Washington, D.C. But they didn’t tell us:

Kim golfs (very well, by all accounts) with Michael Bloomberg–who has backed several projects at the bank and hails Mr. Kim as a “doer”–and swaps books with President Emmanuel Macron of France, most recently sending him a copy of Orientalism, Edward Said’s critique of Western attitudes toward the Middle East and Asia.

And in February 2018, just after I had written the update above, Jon Shaffer asks “In a world dominated by hyper-financialized market hegemony, how does one make a preferential option for the poor?” See his analysis: The De-socializing of Jim Kim? on Somatosphere.

Taking Over the World

And then there was Erin Taylor, who wrote about anthropology going public, and was working to revitalize the big Open Anthropology Cooperative.

But most of all, there was President Ashraf Ghani of Afghanistan meeting with President Barack Obama and talking anthropology. Ashraf Ghani taught at the Johns Hopkins University, and while by the time I arrived there he had moved on to the World Bank, I was fortunate to learn from his team-taught class with Katherine Verdery. But as President of Afghanistan, perhaps it gives new meaning to his analysis of Eric Wolf as an “attempt to write a history of the present as a history of power” (Ghani, Writing a History of Power: An Examination of Eric R. Wolf’s Anthropological Quest 1995:32; see also Eric Wolf, Europe and the People Without History).

Taking Over the World: What’s the Agenda?

Indeed, I referenced Obama and Benedict in one of the first “big” posts for Living Anthropologically:

Modern existence has thrown many civilizations into close contact, and at the moment the overwhelming response to this situation is nationalism and racial snobbery. There has never been a time when civilization stood more in need of individuals who are genuinely culture-conscious, who can see objectively the socially conditioned behaviour of other peoples without fear and recrimination. (Patterns of Culture 1934:10-11; see Anthropology & the War on Terror)

But as important as cultural relativism has been, is that what anthropology should espouse? Or, as Michel-Rolph Trouillot put it:

The time is gone when anthropologists could find solace in the claim that our main civic duty–and the justification for our public support–was the constant reaffirmation that the Bongobongo are “humans just like us.” Every single term of that phrase is now publicly contested terrain, caught between the politics of identity and the turbulence of global flows. Too many of the Bongobongo are now living next door, and a few of them may even be anthropologists presenting their own vision of their home societies, or studying their North Atlantic neighbors. The North Atlantic natives who reject them do so with a passion. Those who do accept them do not need anthropologists in the welcoming committee. (Global Transformations 2003:137)

The point of anthropology taking over the world might rather go back to the volume on Articulating Hidden Histories, in the sense that it is anthropology’s task to articulate the stories and histories that no one else has been willing to hear. Or back to Trouillot:

The populations we traditionally study are often those most visibly affected by the ongoing polarization brought about by the new spatiality of the world economy. They descend directly from those who paid most heavily for the transformations of earlier times. . . . We are particularly well placed to document these effects on the lived experience of real people everywhere, but especially among those who happen to be the ones most disposable from the viewpoint of capital. The need to renew our topical interests is real, but it should not lead into the temptation to aestheticize the native or to study only natives that suddenly look like us. We cannot abandon the four-fifths of humanity [seen] as increasingly useless to the world economy, not only because we built a discipline on the backs of their ancestors but also because the tradition of that discipline has long claimed that the fate of no human group can be irrelevant to humankind. (Trouillot 2003:138; see Transformational Storytelling Anthropology)