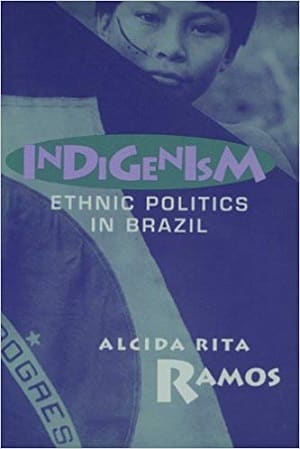 This class for a Latin America 2019 course examined anthropology in Brazil. There were two readings in A Companion to Latin American Anthropology: Mariza Peirano, “Brazil: Otherness in Context” and Alcida Rita Ramos, “Disengaging Anthropology.”

One thing we learned was about how huge anthropology is in Brazil, but how unknown it is for the English-speaking world. Mariza Peirano notes that there is “not much ongoing exchange with peers from other Latin America countries (Mexico and Argentina are exceptions)” (64) and that Brazil is “conceived as part of the Western world but not speaking an international language” (65).

For a 2021 update, see the class on Colorism, COVID, Climate which features an article by Brazilian anthropologists: Covid‐19, Policing and (Anti)Fascism in Brazil by Susana Durão, Evandro Cruz Silva, and Wellynton Samuel Oliveira de Souza. I was also happy to briefly comment on the project to revise a Brazilian four-fields anthropology textbook.

From Cultural Anthropology 2019, we read “‘If We Didn’t Have Water’: Black Women’s Struggle for Urban Land Rights in Brazil” by Keisha-Khan Perry in Guest’s Reader for a Global Age. Perry is the author of Black Women against the Land Grab: The Fight for Racial Justice in Brazil.

This class was part of the 2019 course outline for Peoples & Cultures of Latin America and see Teaching Latin America 2019 for course reflections. The larger series includes: