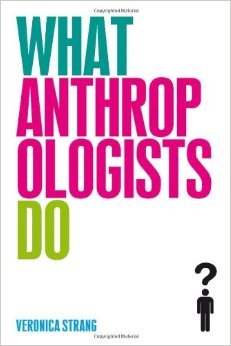 Update: I wrote this post in 2015 as a response to a high school student pondering post-college anthropology major jobs. While being an anthro major in 2021 can still seem an odd choice, Gillian Tett has published Anthro-Vision: A New Way to See in Business and Life which should help to communicate the unique perspective of anthropology. Also see my Hartwick College colleague Professor Namita Sugandhi’s comments on pandemic job trends.

Hi Jason,
I’ve recently graduated high school and I know for a fact what I want to study in college is anthropology. I’ve always been fascinated by different cultures, origins, languages, ways of thinking in different societies. However, my only problem is that when people ask me what I’m going to do with my degree, I don’t even know myself. I’ve spent countless nights worrying over this and searching for careers.

While I am aware that anthropology is a major that you can either do “everything and nothing” with, I’m struggling to find careers that actually involve anthropology. For example, I know of people who major in anthropology and go on to medical school, law school, or other graduate programs. In the end though, these people do not actually end up with a career that largely deals with anthropology, but an entirely different field. So my question is, realistically (outside of academia and archaeology) are there any careers for a desperate young adult that are largely anthropology focused?

I get this question because one of the most popular posts ever on this blog was the 2012 Anthropology Major: Worst Major for Corporate Tool, Best Major to Change Your Life. I hope it’s popular because the post succinctly reacted to the “anthropology is the worst major” rhetoric. It staked out an optimistic position. The post also outlined some of anthropology’s practical applications. Indeed, anthropology is preparation for “anything.” Finally, the post was realistic about anthropology’s internal issues as well as prospects in a world marked by extreme inequalities.

Nevertheless, the reader question remains pertinent. The American Anthropological Association has a valuable page on anthropology jobs, The Captivating and Curious Careers of Anthropology. Some of the specific anthropology major jobs listed at the bottom of that page involve quite a lot of anthropological skills. And there’s the book by Veronica Strang, What Anthropologists Do (2009).

See the Disqus comment stream below for some ideas about anthropology jobs. Also note the blog-posts and resources: