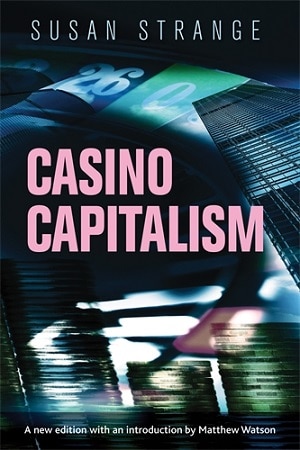 Update: I wrote this satiric post in 2012 as a counterpoint to the politicized and earnings-based attacks on the anthropology major. These earnings-based attacks have been debunked, but being an anthro major in 2021 can still seem an odd choice. In 2021, Gillian Tett (also discussed in the post below) has published Anthro-Vision: A New Way to See in Business and Life which should help to communicate the unique perspective of anthropology.

From Florida Governor Scott’s we don’t need anthropologists to Frank Bruni singling out anthropology in the New York Times, I’m tired of playing defense. We’ve worked hard to get to #1.

Anthropology is the worst college major for being a corporate tool. If going to college is only measured by the job you will take immediately after college, then please choose one of Kiplinger’s 10 best college majors for a lucrative career or one of Forbes 15 Most Valuable College Majors. Please don’t become an anthro major!

Of course, changing capitalism is an arduous task, and there are the practical realities of needing a job, of wanting to do something vaguely interesting, of repaying student loans. But here, a rigorous major should provide skills to navigate a changing world in which graduates will have several careers, not just one.

Back in April 2012, when we were at #9 in The Daily Beast most useless majors, Adam Van Arsdale put up a great and very relevant post about this, The usefulness of anthropology. In his follow-up, Thoughts on an anthropology curriculum, Van Arsdale outlines writing, language skills, analysis from multiple lines of evidence, comparative perspectives. In other words, in a rapidly changing world we can be sure that these kinds of broad skillsets will be applicable for a range of career settings. (See my follow-up on Are the Liberal Arts Relevant?)

Best Major for Analyzing Capitalism–And getting into the top 1%?

Somewhat ironically, although many people come to anthropology because they are wary of corporate payouts, there is a large contingent of anthropology in business and in advertising. Anthropology has produced some of the most lucid analyses of the capitalist financial crisis, as exemplified by Gillian Tett’s address to the 2012 Anthropology in the World Conference.

Then there’s the somewhat curious fact that looking at What Top 1% of Earners Majored In, there’s a very healthy assortment of liberal arts degrees in the mix. You need to scroll into the attached document to find Anthropology and Archaeology, but we find 3.3% of these majors end up in the top 1% of earners and these majors make up 0.4% of the top one-percenters. That may not sound like a lot, but compare Pharmacy–Kiplinger’s #1 best major for your career–and we find 3.9% of these majors in the top 1% and a total share of 0.7%. Is that so different? Or take Kiplinger’s #3 most recommended college major, Transportation Sciences and Technologies, which lands only 1.7% of its majors in the top 1% for a total share of just 0.1%. In fact, my rough comparison reveals five of Kiplinger’s top ten land more majors in the top 1% than anthropology, with the other five landing fewer. For the Forbes 15 most valuable, six of the majors did better than anthropology in the top 1%, but nine did worse.

One reason people don’t automatically shift over into the occupations Frank Bruni mentioned in April 2012, or into the majors Kiplinger and Forbes tout, is that most people know that capitalism has become a globalizing lottery. Majors in English, philosophy, history, and even anthropology get lucky and break into the 1%. Majors in pharmacy, nursing, and transportation can see their jobs globalized out from under them, without seriously improving their odds of getting the truly lucrative payout.

This is something anthropology has been talking about for a long time. Although not specifically anthropology, Susan Strange’s Casino Capitalism came out in 1986(!), with a title and analysis that is just as relevant today.

It’s also the case that this kind of lottery is part of academia, and part of anthropology. In a chilling piece, The closing of American academia, anthropologist Sarah Kendzior focuses on the 2011 meetings of the American Anthropological Association and the experience of adjuncts: “One after another, the occupations that shape American society are becoming impossible for all but the most elite to enter.” [Note that Kendzior wrote this article near the beginning of her journalism career and currently writes on the authoritarian kleptocracy.]

Anthropology beyond the capitalist lottery

Anthropology knows about capitalism, from the top and from the bottom (see Is capitalism the best economic system?). We’ve analyzed the capitalist lottery and know it isn’t good for individuals or for society. We strive to impart these lessons and skills in the undergraduate anthropology major. Yet our graduates are underemployed, working in retail. Our doctorates are underemployed, working as adjuncts. We need to figure out ways to go beyond the capitalist lottery, for our undergraduates, our graduate students, and our world.