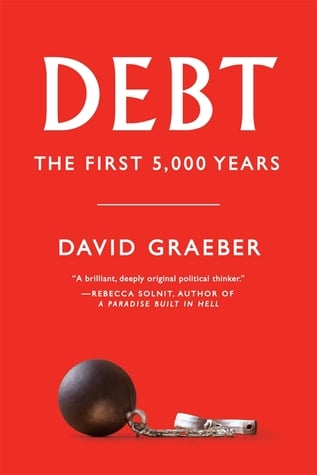 Update September 2019: With the news of Immanuel Wallerstein’s passing (see the end of the post and the comment thread), this final comment from Wallerstein seemed pertinent:

The world might go down further by-paths. Or it may not. I have indicated in the past that I thought the crucial struggle was a class struggle, using class in a very broadly defined sense. What those who will be alive in the future can do is to struggle with themselves so this change may be a real one. I still think that and therefore I think there is a 50-50 chance that we’ll make it to transformatory change, but only 50-50. (This is the end; this is the beginning)

The issues raised by Occupy Wall Street are extremely relevant to anthropology. David Graeber’s Debt: The First 5,000 Years is part of a long anthropological tradition of looking differently at issues of value, money, and credit. Anthropology has long asked: Is Capitalism the Best Economic System? Anthropology also has relevant findings about contemporary economic and political inequalities, and how those inequalities get organized around categories of difference such as race (see Social Construction of Race, Conservative Goldmine).

Although an anthropology of contemporary economics and politics is a focus for Living Anthropologically, I was not actively blogging about it at the very time Occupy Wall Street materialized. I admit initial ambivalence. First, I was unsure of the parallels to the Arab Spring–although these tactics seem appropriate for dictatorial regimes, do they make sense in electoral democracies? Second, I was perhaps taken in by the mainstream media portrayal of a lack of coherent message, and even some proponents seemed to say the message was “against greed.” As Max Weber reminds us in The Protestant Ethic and the Spirit of Capitalism, the capitalist system is actually not developed through greed:

The greed for gold is as old as the history of man. But we shall see that those who submitted to it without reserve as an uncontrolled impulse, such as the Dutch sea-captain who “would go through hell for gain, even though he scorched his sails”, were by no means the representatives of that attitude of mind from which the specifically modern capitalistic spirit as a mass phenomenon is derived, and that is what matters. At all periods of history, wherever it was possible, there has been ruthless acquisition, bound to no ethical norms whatever. (16)

That said, Occupy Wall Street can answer both of these objections. To the first, although the United States is technically an electoral democracy, an entrenched plutocracy dominates most political decisions. To the second, it is also the case that what we have seen in recent decades is a complete overturning of the “ethics of capitalism” in which greed and realizing short-term profit at any cost threatens the very capitalist system that makes such profits possible.

So indeed, Occupy Wall Street seems part of what Immanuel Wallerstein predicted in 1999, a time of profound transition, as the current capitalist system breaks down. What will follow is uncertain, with the potential for reformulation, or something worse, or something better. Human agency takes on heightened meaning: “it is precisely in periods of transition from one historical system to another one (whose nature we cannot know in advance) that human struggle takes on the most meaning” (The End of the World As We Know It, 1999, 3).

Occupy Wall Street has done more to bring awareness to inequality than a whole bunch of Op-Eds and blogs.