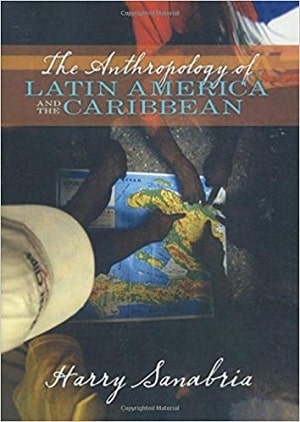 This is a difficult class to teach. It may be an old adage that it is most difficult to teach the closest material, perhaps because I care more about it, or perhaps because I know more and so realize how much I am bungling, but it definitely applies to this course. I have almost completely revamped the book list four times, and am always looking for new readings.

One of the difficulties is simply the impossibility of “covering” an anthropology of Latin America and the Caribbean, which involves thousands of years of history, hundreds of languages, and a great diversity of populations. This is hardly a unique problem, as any “Peoples and Cultures of …” course from an anthropological perspective opens an enormous vista. When other disciplines do an “Economics of Latin America” or a “Politics in Latin America” or even a “History of Latin America,” they potentially limit the field by confining the disciplinary scope. The opposite is true for anthropology, as it broadens the subject back to issues like the peopling of the Americas, the archaeological record, and embarks upon all those economic, political, and historical themes. Anthropology is inherently interdisciplinary, tending to include rather than exclude. So, this is an impossible task, and I emphasize we are not trying to cover material but to provide a brief taste, an “uncovering” of select themes.

At the same time, there is a sense of narrowing in the title, as this is supposed to be an anthropology of “Peoples and Cultures.” And so students–as they expect from most anthropology courses, including those titled “World Cultures”–are hoping for a tour through the peoples and cultures. A taste of food here, a regional costume there, the sounds of indigenous language, all with a dash of cultural relativism, and we can delight in the rich mosaic of peoples and cultures. There is nothing wrong with appreciating the richness of human diversity. However, putting people into culture-boxes can have the opposite effect, as culture becomes a determining container. A belief that “in Latin American cultures they have a relaxed sense of time” can then be mobilized to justify exclusion and racism.

Thinking through this material makes me remember a lecture by Virginia Dominguez from 1994 at Johns Hopkins University. I was an early graduate student and did not understand much at the time–my notes are not too helpful–but Dominguez began by saying “Hawaii keeps reminding me of Cuba.” Her point seemed to be that people were being increasingly organized with reference to difference and diversity–what she called “difference-talk”–but there was a simultaneous objectification of difference and diversity which produced a lot of sameness.

Michel-Rolph Trouillot was at the Dominguez lecture. Trouillot had also been examining how the Caribbean could never be neatly categorized into what he called “gatekeeping concepts”–framing devices which limit the range of investigation because they are assumed to be salient throughout the region, locking people in that region into a timeless category: “anthropologists often blocked the full investigation of that complexity by posting ‘gatekeeping concepts’: hierarchy in India, honor-and-shame in the Mediterranean, etc., a maneuver that, in my view, reflected as well the West’s ranking of certain Others” (The Caribbean Region: An Open Frontier in Anthropological Theory 1992, 22; Trouillot also mentioned rebellion-and-resistance in the Andes as a gatekeeping concept). As Trouillot would later put it in “Adieu Culture”: “There is no reason today to enclose any segment of the world population within a single bounded and integrated culture, except for political quarantine” [Global Transformations] 2003, 116; see also Adieu, Culture: Fetishizing Fieldwork on the Road to Essentialism).

Perhaps one of the major gatekeeping concepts in my anthropology of Latin America and the Caribbean has been trying to understand poverty and inequality. I do not want to downplay poverty or inequality, but I also like to give students a sense of how inequality statistics in the United States are now really not much different from places once characterized as “banana republics.” Moreover, countries like Brazil have not eliminated poverty, but have become economic powerhouses.

My general approach is to try and talk less about “peoples and cultures” and more about processes at work across the Americas, including North America. The indigenous presence and the continuity of native projects through the conquest and into the present. The struggles of nation-building across lines of ethnic, racial, and gender diversity. Migration and immigration, from long before globalization became a buzzword.

These were the books I used for 2014. Looking over the list I regretted not making more of an effort to include scholars from Latin America and the Caribbean.

Sanabria Textbook, The Anthropology of Latin America and the Caribbean

Sanabria’s textbook is to my knowledge the only comprehensive attempt at a textbook anthropology of Latin America and the Caribbean. He does an admirable job, providing a nice balance between overview and summary but also delving into specific cases, with lots of anthropological references. Some of it can be pretty dense. Also in terms of the gate-keeping concepts mentioned above, the final chapter is “Violence, Memory, and Striving for a Just World” which is rather depressing and very much in line with the resistance-and-rebellion, poverty-and-inequality theme. As I discuss in Teaching Latin America 2019, this textbook became quite dated, but there is a second edition coming in April 2019.

I chose Restall’s book precisely to counter some of the enduring myths about Spanish Conquest, especially “The Myth of the White Conquistador,” “The Myth of Completion” and “The Myth of Native Desolation.” These are all important themes, but I was disappointed Restall frames this mostly as taking on old-but-persistent myths and does not spend more time tackling people like Jared Diamond and his Guns, Germs, and Steel. Restall seems to see Diamond as a revisionist ally, when really if it is correct that conquest was made possible through native allies, was not as complete or overpowering as depicted, and not a desolating event, then one pillar of Diamond’s great questions disappears. For a fuller consideration of these issues, see Myths of the Spanish Conquest – Indigenous Allies & Politics of Empire.

It was incredible to read this book from Sidney Mintz, the master of Caribbean studies, and one of the few anthropologists to do fieldwork in former Spanish, French, and English colonies. In some ways my course is modeled on one Mintz taught, when we read a book each week and talked about them. Mintz is also a nice pairing with Sanabria, as Sanabria discusses much of his work, especially in the chapter on “Food, Cuisine, and Cultural Expression.” It is also a great chance to show the SOAS Open Radio broadcast on YouTube.

This book is from my graduate-school colleague, Elizabeth Ferry. From the book description: “Elizabeth Emma Ferry traces the movement of minerals as they circulate from Mexican mines to markets, museums, and private collections on both sides of the US-Mexico border. She describes how and why these byproducts of ore mining come to be valued by people in various walks of life as scientific specimens, religious offerings, works of art, and luxury collectibles. The story of mineral exploration and trade defines a variegated transnational space, shedding new light on the complex relationship between these two countries and on the process of making value itself.”

Ferry’s book was included in the 2018 An Updated Reading List for a Progressive Environmental Anthropology. And see her guest blog-post Teaching Trouillot.

From Cuenca to Queens: An Anthropological Story of Transnational Migration, Ann Miles

In the previous version of the course I used Labor and Legality by Ruth Gomberg-Muñoz, but I liked that book so much I that I used it for Introduction to Anthropology 2015. I tried this book by Miles as my primary book on contemporary transnational migrations. From the book description:

Transnational migration is a controversial and much-discussed issue in both the popular media and the social sciences, but at its heart migration is about individual people making the difficult choice to leave their families and communities in hopes of achieving greater economic prosperity. Vicente Quitasaca is one of these people. In 1995 he left his home in the Ecuadorian city of Cuenca to live and work in New York City. This anthropological story of Vicente’s migration and its effects on his life and the lives of his parents and siblings adds a crucial human dimension to statistics about immigration and the macro impact of transnational migration on the global economy. Anthropologist Ann Miles has known the Quitasacas since 1989. Her long acquaintance with the family allows her to delve deeply into the factors that eventually impelled the oldest son to make the difficult and dangerous journey to the United States as an undocumented migrant. Focusing on each family member in turn, Miles explores their varying perceptions of social inequality and racism in Ecuador and their reactions to Vicente’s migration. As family members speak about Vicente’s new, hard-to-imagine life in America, they reveal how transnational migration becomes a symbol of failure, hope, resignation, and promise for poor people in struggling economies. Miles frames this fascinating family biography with an analysis of the historical and structural conditions that encourage transnational migration, so that the Quitasacas’ story becomes a vivid firsthand illustration of this growing global phenomenon.

Updates on Anthropology of Latin America

This post from 2012 launched a series about teaching anthropology of Latin America and the Caribbean. The series includes: