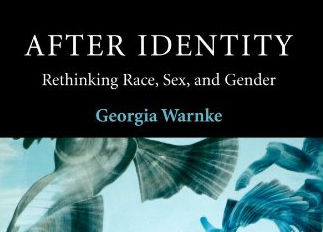 Gender is a Social Construction

What does it mean to say “gender is a social construction”? Too much ink and internet time has already been spilled on such questions, but definitional issues and conceptual difficulties remain entrenched, even in academia where people should know better. [Note: For much more in-depth reading, see the book Gender and Anthropology.]

What “Gender is a Social Construction” Doesn’t Mean

Those shorthands simply indicate that many observed behavioral characteristics and life experiences are heavily influenced by social expectations, norms, and roles. But that doesn’t mean they aren’t real–they are quite real and can become biologically real as well.


Social constructions are quite real and can become biologically real as well.Click To Tweet
For a 2022 attempt to talk about sex and gender in Intro-to-Anthropology, see this YouTube lecture:


The Reality of Social Constructions

The reality of social constructions is something anthropologist Jeremy Trombley succinctly tackled:

Trombley recommended The Reality of Social Construction. From the book-jacket:

“Social construction” is a central metaphor in contemporary social science, yet it is used and understood in widely divergent and indeed conflicting ways by different thinkers. Most commonly, it is seen as radically opposed to realist social theory. Dave Elder-Vass argues that social scientists should be both realists and social constructionists, and that coherent versions of these ways of thinking are entirely compatible with each other.

I agree with Trombley on the need to emphasize the reality of social constructions. But Elder-Vass’s book would never have needed to be written if the idea hadn’t been misinterpreted from the beginning. Social construction and realism never should have been opposed.

A related example: Money is obviously a social construction. We all choose to believe that pieces of paper with pictures of people on them (or electronic bits without any visible reality) have value and can be used to purchase real things in the world. We trust that when we exchange something for those bits of paper or computer bytes, it is because the next person in the chain will also accept that as real currency.

We could also do an anthropological tour through different times and places and marvel at all the different kinds of objects pressed into the service of currency. We can readily agree that money is a social construction. But that doesn’t make it not real! It has a direct influence on life chances, experiences, ability to do things. It can have very real biological effects, like hunger and even starvation–the bodies and motor habits of the poor and rich can turn them into quite biologically different creatures. Moreover, simply imagining or believing that I have more money does not make it so. I may be able to use my imagination to do something to “make money,” but my efforts are far from guaranteed.

With that in mind, we can return to the issue of sex and gender. Initially, social scientists sought to distinguish sex from gender. As an introductory anthropology textbook defines sex: “observable physical characteristics that distinguish the two kinds of human beings, females and males, needed for reproduction” (Lavenda and Schultz 2015, 375).

As is clear in this definition, sex is mostly experienced as dimorphic, although the textbook does talk about various ways “genetic or hormonal factors produce ambiguous external genitalia.” So there are some ways biologically in which we might talk about a male-female continuum, or even contemplate other-sex categorizations. It is useful to recognize that the human primate seems to be something of an outlier in comparison to the standard measures of sexual dimorphism in non-human primates, and there is still a lot of evolutionary explanation needed for why human primates are unlike other primates in this way.

But understanding human sex difference would be frighteningly incomplete without considering gender, or “the cultural construction of beliefs and behaviors considered appropriate for each sex” (Lavenda and Schultz 2015, 375). Social scientists introduced the term gender as a way of talking about all those expectations and beliefs we load onto people with certain physical characteristics. And we could do a tour through history and different cultures to find out how very different those expectations and beliefs can be, which is why we say they are “socially constructed.”

But that does not mean there is no biological variation, nor does it mean those beliefs and expectations don’t have very real effects. Nor does it mean a particular individual can “generate their own truth” about gender. In fact, our beliefs and expectations can have quite dramatic biological effects, in terms of how boys and girls are differently fed and the spaces and activities they are assigned. And in some cases, most notably with eunuchs, there is the deliberate fashioning of a third-sex role. We are hardly the first or only society to engage in sex operations!

Gender roles and identity have often come as a duality. However, there are a number of societies where “supernumerary gender roles developed that apparently had nothing to do with morphological sex anomalies” (Lavenda and Schultz 2015, 378). Many of these cases are from the peoples indigenous to the Americas, which very often had a third-gender (or even fourth-gender) roles for “Two-Spirit Peoples” (which the French denigrated as berdache).

Two-Spirit Peoples typically took on tasks appropriate to the other gender. They often but did not always “cross-dress.” Many had special ceremonial roles in their communities. While some have glossed this as “homosexual,” it really does not correspond to such designation, and many contemporary Native Americans have rejected this gloss. For an elaboration on Two-Spirit peoples, see Two Spirits: A Map of Gender Diverse Cultures. “Hundreds of distinct societies around the globe have their own long-established traditions for third, fourth, fifth, or more genders.” In June 2017, Teen Vogue provides a great summary: Gender Variance Around the World Over Time: It’s nothing new.

Of course given this biological sex variation and gender role variation, the question of sexual identity and sexual practices gets really tricky. We have typically thought of heterosexuality as both normal practice and identity. More recently there has been an idea that both homosexuality and heterosexuality are normal variants, and surely there are biologists searching for that “gene for homosexuality.” Others have talked about homosexuality and heterosexuality as a continuum. However, none of that gets at the even crazier range of human variation. For example, sex with a “Two-Spirit Person” would be considered neither strictly homosexual or heterosexual. There are also societies in which male homosexual practices are considered vital in order for men to later engage in heterosexual intercourse. Other societies gauge homosexual or heterosexual activity not by the biological sex of the partners but by their role in the sex act–a man can be perfectly “heterosexual” and have sex with other men, depending on the type of sexual practice involved. Hopefully we’ll soon be finding the genes to explain all that stuff. (Note: That last line was supposed to be a joke, based on the idea that it would be silly to search for genetic causation for that sexual diversity.)

As useful as it has been to think about the social aspects of gender and sexual identity as related to but potentially quite different from biology, there has been some frustration with these approaches. First, gender was almost immediately used as a euphemism for sex. After the 20-week ultrasound, many people ask “what is the gender of the baby?” I was tempted to joke: “The sex is female, but we haven’t decided on gender yet.” (Note however that parents play an important but only auxiliary role in fashioning gender expectations.) Second, people immediately misinterpreted the “gender is a social construction” argument in the ways described above, as a denial of biological variation or difference.

Many analysts therefore wanted to push the point further. Our gendered social expectations actually become embodied, incorporated into our developing motor habits and musculature. It is not just that gender is a social construction. Biological sex too becomes socially constructed. In other words, the bodies we see as male and female are in part due to social environments. For example, many societies actively discourage females from participating in sports or other activities that would build muscle mass, as this would be unfeminine. And the Olympics are always a place where people need to “fix sex.”

There are some who believe such differential expectations have lessened or disappeared in the industrialized world. However, note the irony that technologies like the ultrasound now enable people to front-load gender expectations in ways that would have been impossible in the past. Many people gender-decorate their nurseries and buy gender-coded baby clothes months before the baby is born!

Gender is a Social Construction–and Beyond

In the context of people who were already familiar with many of these assumptions, a philosopher colleague recommended a chapter from Georgia Warnke’s After Identity: Rethinking Race, Sex, and Gender. Warnke is precisely attempting to push some of these boundaries in order to critique assumptions that males are evolutionarily programmed to be bread-winning but promiscuous whereas females are similarly programmed to be at-home and choosy about mates. Warnke reviews much of the ethnographic and historical record I have referenced above and draws on a lot of anthropology. Warnke concludes that these roles are hardly anchored in our genes or evolution, but are more a product of relatively recent gender expectations. What we see as science is influenced by what we already believe to be true about males and females.

When anthropology talks about human sex, gender, and sexuality, we insist that we must take account of what humans say, think, and believe about their activities. When we do take this into account, it becomes obvious that indeed “gender is a social construction.” To do otherwise is arrogant, presumptuous, and a root cause for why people become suspicious of the people who call themselves scientists. So while we can confidently declare “gender is a social construction,” it is important to be clear as to what that means.

To say “gender is a social construction” is not to deny evolution, to deny science, to deny that humans are animals, or to claim some sort of ethereal special place for the non-material. It is simply to ask that a role for human activity and imagination be included as part of our understandings. And of all the products of the human imagination, the idea that organisms are ruled or determined by genes is surely one of the most bizarre–but apparently also one of the most far-reaching and pernicious.

My last sentence is borrowed from the last sentence of Tim Ingold’s The Perception of the Environment: Essays on Livelihood, Dwelling and Skill:

And of all the historical products of the human imagination, perhaps the most decisive and far-reaching has been the idea that there exists such a thing as an “intelligence”, installed in the heads of each and every one of us, and that is ultimately responsible for our activities. (2000, 419)

For a 2022 attempt to talk about sex and gender in Intro-to-Anthropology, see this YouTube lecture: