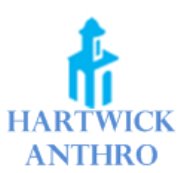 But first, a pause to recognize the distance between the student learning outcomes assessment ideal and the reality, something anthropologists are also uniquely positioned to do. Far from the ideals, the workaday realities of ASSESSMENT seem to have mostly been a top-down imposition, creating a whole new cadre of administrative positions and consultants who engage in misplaced quantification, overemphasize short-term measurements, and capitulate to a consumerist mentality about education. Assessment has created an enormous bureaucratic overload, significantly increasing the work of department chairs: “What struck me . . . was how exponentially more complex chairing has become in the last academic generation. Assessment, alone, has added large burdens and time challenges to the role of chair” (David Evans, So You Want to Be a Chair)

Moreover, administrators are always talking about creating a “culture of assessment,” another one of those very annoying culture-is-everywhere moments. With these lived realities, it’s very difficult, perhaps impossible, to recover the ideals of student learning outcomes assessment, as if the slate could be wiped clean of history and context.

At the end of almost every semester, I get that sinking feeling: another semester, another disaster. Maybe it’s the C- average on the final exam. Maybe it’s the conspicuous absence of references in final papers, leading me to suspect not just lack of engagement with the materials but lack of the materials, period. Perhaps it’s contemplating how little seems to have changed from the first-year student to the senior major.

But just at that moment of despair, I get rescued by a common professor myth. There are elements of truth to all these myths, but they are also stories we tell ourselves. They are also some of the common mythologies of assessment, informal and formal.

I’ll get them next time.

This is one of the basic assumptions of assessment–finding out what works, what doesn’t work, tweaking, improving. For example, anthropology professor Chris Lynn found out his students wanted to learn more about masturbation in his Anthropology of Sex course. He’s now done the research and the course will benefit. Excellent assessment. At the same time, the “better next time” approach often falls into a progressivist trap. It’s often difficult to tell what will work even from semester to semester at the same institution. I am just now bringing back things I abandoned years ago (like course discussion blogs, previously known as course webboards), because they now seem to be working better. In other words, some of this seems cyclical, or to just be a side effect of how both students and professors might enjoy trying something new–the technique works for a while, then enthusiasm wanes, and it’s time to try a new tweak. I once heard a professor pass on advice that you should only teach a course three times–a first introduction of material, second time to work on it, but by the third time it will be getting stale. While that advice seems a bit extreme, there is something to be said for making a significant change every third year, which would probably have as much of a salutary effect as formal assessment. (A big thank you to Chris Lynn for some related thoughts via his post about Patrick Clarkin’s Humans are (blank)-ogamous Series.)

It takes 20 years for this stuff to sink in.

This is one of those experienced professor comfort tales, of the students who write back years later to say they finally got it, or simply to express appreciation. I get some of those letters now, and while they are indeed comforting, I can’t help thinking of sampling bias–what about all the students who never got it, still don’t get it, and really would have no recollection at all? We do wish to foster lifelong learning, but it seems tremendously difficult to separate those who were already on a lifelong learning path and to measure instructional outcomes over time. How can we know whether lifelong learning is a result of a prior path that led to this college or this major, or the result of something after college? Correlation and causation seem almost impossible to tease out of this one.

Only a select few really ever get it.

When confronted by dismal averages, there are almost always a few true bright spots–those who really did engage with the material and make it their own. However, this seems a rather elitist comfort–there should at least be some lessons learned for the bulk of the people in the class, even if it is always the case that only a small percentage fully engage.

Anthropology is as much about unlearning as it is about learning.

Or, the variations that anthropologists inevitably bring complexity, or that you should be more confused than when you started, or that learning means finding out about how much you don’t know. There is some truth to all these statements, and to successfully deliver a lesson in unlearning–one of my perennial attempts is to try and dislodge the notion of evolution as inevitable forward march–is quite difficult (Holly Dunsworth at The Mermaid’s Tale has a great post on these issues, Results of a new biological anthropology curriculum). It often involves dredging up the underlying assumption to consciousness, as for many of us the assumption is embedded but unacknowledged, and then trying to work through that assumption. The problem with these comforting statements is that they too are assessable: we can measure unlearning, apprehension of complexity, or even levels of confusion, and I find I usually do worse on the unlearning than I hoped.

It’s their responsibility to learn.

This is a variant of the “lead a horse to water” saying, but there is good empirical evidence that students on average simply don’t study, read, or write as much as they once did. Without getting into debates about who is at fault, it should simply be noted that elementary school teachers have now for a long time been dealing with rubrics of evaluation and the fact that standardized test scores can fluctuate widely based on who is in the class. Elementary school teachers also are at the leading edge of exposing the lie (another one of those assessment-ideals versus assessment-reality issues) that none of this has to do with punitive remuneration.

For me, when I think about the natural process of student learning outcomes assessment, which I do try to accomplish, and the ideal of a formal, data-driven application, I don’t want to do the formal process because it seems too depressing.

Mission Statement: What is Anthropology?