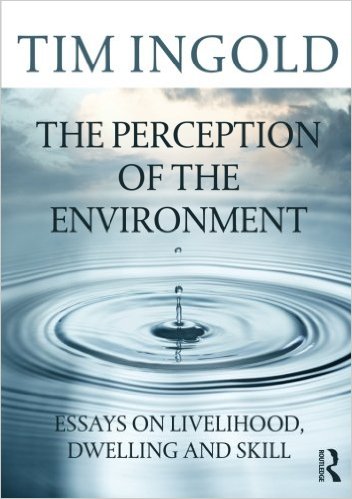 In the traditional view, the domestication of plants and animals is a watershed moment for humanity. It’s when humans begin to control nature, to tame animals, to domesticate the world around them, and turn it to their ends. In the traditional view, hunters and gatherers are part of nature, or much more within nature than any other humans. With agriculture, humans leave nature, or begin to control nature, to construct, to engineer.

In a pair of incredibly insightful essays, Tim Ingold interrogates the idea of transition from hunting and gathering to pastoralism and agriculture. The first, “From trust to domination: An alternative history of human-animal relations” concerns pastoralism or herding animals. The second, “Making things, growing plants, raising animals and bringing up children” concerns horticulture or gardening. These essays are essential reading for both understanding what domestication is not as well as what it is.

Ingold first details how we traditionally see hunters as pursuing “wild” animals, animals outside of human control, whereas herders have tamed or domesticated the animals:

Wild animals, therefore, are animals out of control. Hunter-gatherers, it seems are no more able to achieve mastery over their environmental resources than they are to master their own internal dispositions. They are depicted as though engaged, like other animal predators, in the continual pursuit of fugitive prey, locked in a struggle for existence which–on account of the poverty of their technology–is not yet won. (2000:62)

As opposed to the wild animals, domestication is traditionally seen as a human intervention, of how people intervene in natural processes to control them, especially in the realm of breeding and engineering. It is seen as a type of engineering, or as the dim beginnings of engineering.

Ingold then details how hunters do not actually depict the hunt as the pursuit of wild animals:

The animals are not regarded as strange, alien beings from another world, but as participants in the same world to which the people also belong. They are not, moreover, conceived to be bent on escape, brought down only by the hunter’s superior cunning, speed or force. To the contrary, a hunt that is successfully consummated with a kill is taken as proof of amicable relations between the hunter and the animal that has willingly allowed itself to be taken. (2000:69)

For the hunters and gatherers, there is a mutually nurturing role with animals and plants, of full engagement with the ecosystem. That full engagement is one of sharing and trust.

Ingold proceeds to how pastoralists relate to animals, explaining that there is control, but it is not the control imagined as engineering. “The instruments of herding . . . include the whip, spur, harness and hobble, all of them designed to restrict or to induce movement through the infliction of physical force, and sometimes acute pain” (2000:73). Again, this is not control as engineering, but similar to the control of slavery. “In those societies of the ancient world in which slavery was the dominant relation of production, the parallel between the domestic animal and the slave appears to have been self-evident” (2000:73).

Ingold concludes the difference between hunting and herding is a “change in the terms of engagement,” but it is not a change from being inside of nature to outside of nature. It is also not a change from good-to-bad. “The underside of trust . . . is chronic anxiety and suspicion” and we should not assume hunters and gatherers live “in harmony with nature” (2000:75).

So too with gardening or horticulture. In the traditional view, gatherers collect wild plants, berries, roots, and tubers, whereas cultivators have begun the process of selection, of “artificial selection.” Of course with the term artificial, the suggestion is that this is no longer a natural process. Humans begin to control nature, to intervene, to engineer. Agriculture is “the decisive moment at which humanity transcended nature, and was set on the path of history” (2000:78).

Ingold then considers four cases of contemporary horticulturists, noting that none of them see their activities as a human control of nature: “The work that people do, in such activities as field clearance, fencing, planting, weeding and so on, or in tending their livestock, does not literally make plants and animals but rather establishes the environmental conditions for their growth and development” (2000:85-86). It is not about humans controlling, selecting, engineering, or creating, but about caring, tending, and nurturing. Then, Ingold asks and answers the crucial question:

Where does this leave the distinction between gathering and cultivation, and between hunting and animal husbandry? The difference surely lies in no more than this: the relative scope of human involvement in establishing the conditions for growth. This is not only a matter of degree rather than kind, it can also vary over time. Weeds can become cultigens, erstwhile domestic animals can turn feral. Moreover a crucial variable, I would suggest, lies in the temporal interlocking of the life-cycles of humans, animals and plants, and their relative durations. . . . In short, what is represented in the literature, under the rubric of domestication, as a transcendence and transformation of nature may be more a reflection of an increasing reliance on plants and animals that, by comparison with humans, are relatively fast-growing and short-lived. (2000:86)

Domestication and agriculture are not the watershed moments, the time when everything changed. This is not to say they were inconsequential processes–these are certainly crucial periods of change and development for human societies, and it is important to understand their particularities. What we should not do is assume that these changes locked us into particular outcomes, or gave humans control over nature.

In recent years, researchers have increasingly reassessed domestication as human control. It seems clear that humans do not control the process. Domestication is a reciprocal relationship, with lots of unintended consequences. In anthropology, the essays in the edited volume Where the Wild Things Are Now (Cassidy and Mullin 2007) explore these issues. The popular food writer Michael Pollan has shown how plants domesticate humans, making humans serve the plants. Pollan’s The Botany of Desire takes a “plant’s-eye view of the world” (2001).

Domestication opens new pathways of relationship between plants, animals, and humans. The consequences are far from clear, and much lies outside of human control. “Human beings do not so much transform the material world as play their part, along with other creatures, in the world’s transformation of itself. . . . History is the process wherein both people and their environments are continually bringing each other into being” (Ingold 2000:87).

Previous: 2.2 – Many Ways of Gathering and Hunting
Next: 2.4 Many Origins of Agriculture