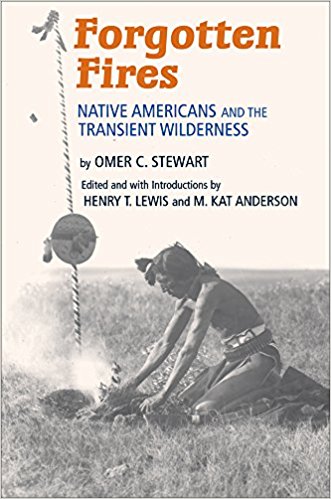 Update: This page was a 2011 attempt to convey the message of many ways of gathering and hunting or to diversify the idea of hunting and gathering. For a 2021 attempt to cover this material in Intro-to-Anthropology, based on the textbook Anthropology: What does it mean to be human? see this lecture:

Many Ways of Gathering and Hunting

It’s fun to debate agriculture as a Splendor-of-Civilization versus Highway-to-Hell. But such a debate is based on dramatic misconceptions about human history. These misconceptions have been problematic for understanding who we are. The problem with Jared Diamond’s Worst Mistake in the History of the Human Race is it lumps together all forms of gathering and hunting. Diamond then assumes this is a basic human model with enormous evolutionary depth. From this single model of hunter-gatherers there is one transition to another single model: Agriculture.

But there is not just one way of gathering and hunting!

People were gathering and hunting. However, people called hunter-gatherers used a tremendous diversity of strategies and techniques to procure an incredible variety of plants and non-human animals. The activities grouped under the labels of gathering and hunting are extremely varied. Kathleen Gibson foregrounds this diversity in an article titled Epigenesis, Brain Plasticity, and Behavioral Versatility:

Depending on the population and the season, hunter-gatherer staple foods may include nuts, tubers, beans, fruits, fish, sea lions, fowl, shellfish, ungulates, rodents, kangaroos, or invertebrate prey–a diversity of foods that require a diversity of foraging and processing techniques. Populations that forage on similar foods may also use very different techniques. Animal prey, for instance, can be driven over cliffs or into corrals, cornered in mountain passes, stalked by individuals armed with spears, bows, bolas, or boomerangs, ensnared in traps or lured with bait and mating calls. Diverse hunting strategies demand varied forms of social interaction and social sharing. (2005, 25)

In short, whenever people talk about hunter-gatherers, this cannot refer to just one activity. Nor can hunting-and-gathering entail a specific evolutionary stage that is now the basis for contemporary human behavior and genetic tendencies.

In addition, there is the assumption that there was a transition from the simple activities of gathering and hunting to the complex activities of agriculture.

But Hunter-Gatherers and agriculturists cannot be compared as simple-versus-complex.

By the time of the emergence of anatomically modern humans, the evidence for behavioral flexibility and creativity in response to varying environmental challenges is incontrovertible. . . . Human populations in the Levant evidenced seasonal migration cycles possibly as complex as those exploited by any modern human group. Evidently, they had learned to exploit seasonal feeding “bonanzas,” such as seasonal crops and seasonally migrating animal prey. Europeans began hunting large herd animals and learned to predict and exploit the seasonal migrations of herds of caribou and the seasonal spawning of salmon; populations in South Africa timed seasonal migrations to coincide with the beaching of sea lions; East African populations developed complex fishing gear; and other groups reached Australia, where they flourished in environments whose fauna and flora bore little resemblance to anything previously encountered by hominids. (2005,27)

The issue is that many people refer to a single human hunting-and-gathering stage. People then believe that key elements of human behavior and genes are rooted in the hunter-gatherer existence. This has been a key part of mistaken ideas promoted by Evolutionary Psychology. In contrast, anthropologists know about the varied environments of gathering and hunting. Anthropologists document how different and sophisticated technologies develop.

One of the most interesting findings has been the extent to which indigenous peoples on several continents used fire to manage the environment. Anthropologist Omer C. Stewart documents these activities in the book Forgotten Fires: Native Americans and the Transient Wilderness.

From 2017, see the anthro everywhere! blog-post Indigenous Fire Management for more resources. “Indigenous knowledge and practices are increasingly recognized and incorporated by non-Indigenous governments, businesses, and others into their own projects. While these engagements may often take the form of cultural appropriation or theft, we also see collaborations that generate benefits for all, produce new shared knowledge and opportunities, as well as new questions and tensions.”

In addition to the sophisticated use of fire, by some measures the tools of hunting and gathering are more sophisticated than early agricultural tools. In a fascinating essay on The dynamics of technical change Tim Ingold examines the work of Wendell Oswalt:

On the basis of a comparative survey of the toolkits of hunter-gatherers, farmers and herdsmen, Oswalt was able to refute the common assumption that hunters and gatherers have simpler tools than any other human groups. In fact the most complex tools were found among specialized hunters, especially hunters–like the Inuit–of large aquatic mammals, who have to use considerable ingenuity to obtain inaccessible or potentially dangerous prey. (2000, 366-367)

Ingold cautions against setting up a new scale of complexity which would rank hunter-gatherers higher. Human skills must be considered in their complete context:

To comprehend the technical accomplishments of hunter-gatherers, or of any other people for that matter, it is not sufficient just to look at their tools. We have to understand their knowledge. Tools are of no use if you don’t know how to work with them; moreover up to a point, the simpler the tool, the more knowledgeable and skilled you have to be to be able to work it effectively. (2000, 368)

We may carry around extraordinarily complex technologies. But operating them is all about pushing buttons. (See the Cultural Ecology 2020 page on Complexity)

The revisionists were correct to adjust the balance and draw attention to hunting and gathering as sustainable. And there is certainly room to compare different gathering and hunting adaptations, or even to generalize across them. However, we cannot fall into a trap of thinking there is one way of gathering-and-hunting which led to an evolutionary bedrock of human existence. We can also not fall into the trap of imagining this as a simple lifestyle which then transitioned to a complexity of agriculture. Instead, we should recover the diversity and complexity of gathering and hunting.

Next: 2.3 – Domestication of Plants and Animals Opens Relational Pathways

Previous: 2.1 – Agriculture as “Worst Mistake in the History of the Human Race”?