Home » Archaeology » Many Origins of Agriculture 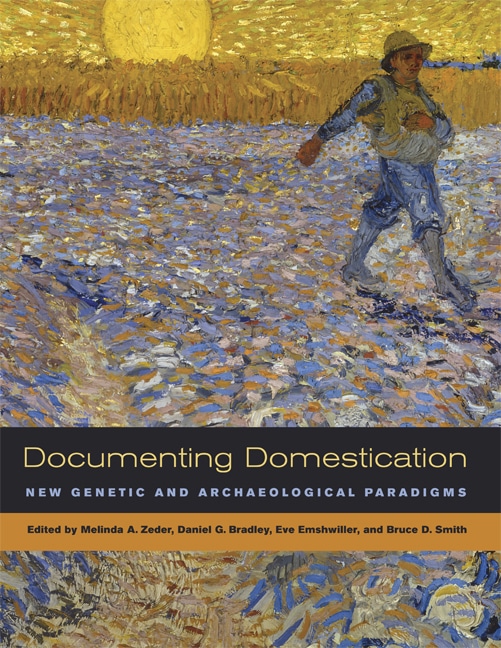 Update: This page on the “Origins of Agriculture” was originally drafted in 2011 as part of the Archaeology section of a potential online anthropology textbook. For 2021, using the textbook Anthropology: What does it mean to be human? see this YouTube lecture for an attempt to convey this material in Intro-to-Anthropology:

Many Origins of Agriculture

The notion that there was one period of transition, from one form of life to another, takes the experience of one part of the world and projects it on everyone else. It is acceptable to use broad classificatory terms like hunting-and-gathering, horticulture, agriculture, and pastoralism to describe a predominant mode of subsistence. However, these are generalizations and abstractions. They are classifications that may hide a broad range of activities, as people create different historically changing mixes of plants and animals.

Inevitably a change in the mix of plants and animals will have complex effects, which can lead to different forms of social organization. Such changes are not automatic, and they are rarely once-and-for-all.

Putting together the many ways to hunt and gather with many forms of cultivating makes it clear Jared Diamond was playing fast and loose with the evidence when he wrote “The Worst Mistake in the History of the Human Race.” Returning to his headline: “With agriculture came the curses of social and sexual inequality, disease, and despotism” (1987:66). Each of those terms is questionable, and some are blatantly untrue. The evidence is sometimes in the very sources Diamond uses. Going through the curses:

At the time of Diamond’s “Worst Mistake,” anthropologists and archaeologists were reassessing the view that agriculture was invariably linked to inequality. Citing sources from the early and mid-1980s, Gary Feinman documents the reassessment:

Although institutionalized inequality has long been recognized among a few select hunter-gatherer populations, recent edited collections have documented that such cases were more prevalent than previously realized. These studies have repeatedly illustrated that agricultural production cannot be considered a necessary precondition for unequal or hierarchically organized social formations, since such sociopolitical transitions have been evidenced in a wide array of nonagricultural populations. (1995:257)

Most of the diseases associated with agriculture are actually linked to closeness with domesticated animals. In the Americas, sophisticated agricultural systems developed, but without the infectious diseases plaguing the Old World.

Diamond specifically cites the work by Armelagos and colleagues. However, although “Disease and Death at Dr. Dickson’s Mounds” is an ominous title, the article actually explains this as a specific case, with specific problems. In the concluding paragraph:

Agriculture is not invariably associated with declining health. A recent volume . . . analyzed health changes in twenty-three regions of the world where agriculture developed. In many of these regions there was a clear, concurrent decline in health, while in others there was little or no change or slight improvements in health. (Goodman and Armelagos 1985)

As for Diamond’s dramatic example of skeletons from Greece and Turkey, where “height crashed” after agriculture (1987:66), more careful reviews of specific areas show this is not a general or absolute trend: “Several geographic settings show stature declines with agriculture adoption or intensification in prehistoric societies. In contrast, other regions show increases or no change in stature. Thus, there is evidence for stature reduction with agriculture in selected settings, but this is not a universal pattern” (Larsen 1995:191). Again, there is not one universal transition to agriculture, nor a universal pattern of a height decline or increase. It should be noted, however, that Larsen does mostly agree with Diamond’s assessment of an overall decline in health with agriculture: “Contrary to earlier models, the adoption of agriculture involved an overall decline in oral and general health” (1995:185). Still, Larsen’s careful reading points to the importance of variation: “The shift to agriculture and associated biological changes in general show worldwide variability, suggesting that dietary changes and accompanying hard-tissue alterations may have been configured by highly localized circumstances” (1995:204).

What exactly Diamond has in mind by despotism is unclear, but there are certainly many non-state horticultural and agricultural societies. Anthropologists had long documented herders and agriculturists featuring non-government forms of political organization, where leaders had no abusive power–the best leaders could persuade, but had no coercive authority.

Classic examples of political organization in non-state societies include The Nuer for a pastoral society (Evans-Pritchard 1940) and the film Ongka’s Big Moka (Nairn, Strathern, and Strathern 1976).

Domesticating plants and animals was not one distinct event. It was not in itself a watershed moment or definitive transition. In different parts of the world, domesticating specific plants and animals initiated processes with uncertain outcomes and consequences. But there was no such key turning point that inevitably put humanity down a pre-destined path. As Tim Ingold writes about domesticating animals, “when hunters became pastoralists they began to relate to animals, and to one another, in different ways. But they were not taking the first steps on the road to modernity” (2000:75 and see Domestication of plants and animals opens relational pathways).

Next: 2.5 – More than Guns, Germs, and Steel
Previous: 2.3 – Domestication of Plants and Animals Opens Relational Pathways