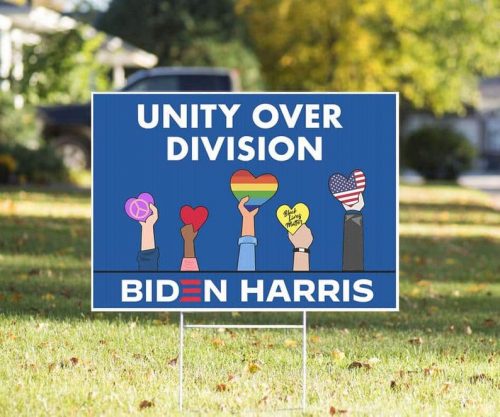 In 2020, I endorsed the Biden-Harris ticket for the United States presidency. I believed this endorsement was more than a personal preference–it was informed by anthropology, especially the work of Michel-Rolph Trouillot in Global Transformations. Here I highlighted Tribal Nations, immigration, racial equity, the global community, and the climate emergency.

When scrolling through the Biden-Harris website, one of the top issues under “Joe’s Vision” was the “Biden Plan to Strengthen Tribal Nations.” When was the last time that happened? As Trouillot eloquently wrote:

[Anthropology] cannot abandon the four-fifths of humanity [seen] as increasingly useless to the world economy, not only because we built a discipline on the backs of their ancestors but also because the tradition of that discipline has long claimed that the fate of no human group can be irrelevant to humankind. (Global Transformations, 2003, 138)

US Anthropology was built on the backs of indigenous peoples, or First Nations, or Tribal Nations. “Joe Biden and Kamala Harris are committed to upholding the U.S.’s trust responsibility to tribal nations, strengthening the Nation-to-Nation relationship between the United States and Indian tribes, and working to empower tribal nations to govern their own communities and make their own decisions.”

Anthropology supported Biden-Harris because they had a “Commitment to a Fair and Humane Immigration System.” The anthropological findings are clear that humans have been moving and migrating from the beginning of our species. Attempts to build walls on imaginary boundaries and foment xenophobic nationalism go against over a century of anthropological research on immigration.

Anthropology has been very good at deconstructing biologized race. We have not been very good at challenging racism. Especially as we looked at the staggering losses to Black and Brown communities under the Trump-corona-virus crisis, we needed and still need “racial equity as part of our nation’s economic recovery.”

As I teach in Cultural Anthropology: “Solving the challenges that face the human race in your lifetime will require greater engagement, interaction, and cooperation–not more isolation and ignorance” (Essentials of Cultural Anthropology: A Toolkit for a Global Age, Guest 2020, 30). We need to rejoin the world community, working together to confront humanity’s biggest challenges. Like the climate crisis.

Biden-Harris on the Climate Emergency

To be sure, Biden was not always the best candidate on climate and the environment. However, he seemed to increasingly recognize the importance of creating a long-term plan to address climate change. “The Biden Plan for a Clean Energy Revolution and Environmental Justice” was definitely a huge step toward resolving those issues.

Disclaimer: As noted in the footer, this blog is a personal project and does not represent the views of any institutions or employers, current or previous. The opinions expressed here are mine alone. I believe the opinions here are supported by anthropological evidence, but I never advocate for a political candidate in my academic research or classroom teaching. For a sample of how I address politics in the classroom see this YouTube lecture on “Politics in Anthropology?!”