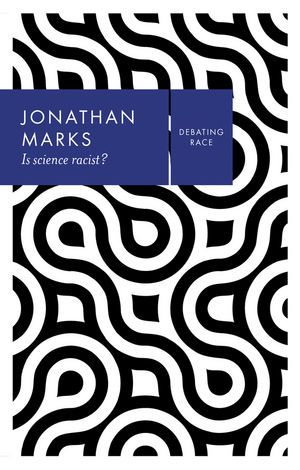 If there is no such thing as human nature, then we can also discard old ideas about human races each having a specific nature. However, racism today takes the shape of economic and political inequalities, structured along the social organization of race. These economic and political inequalities are both historical facts and still very much present. Before we can say anything about human evolution and human biology, it is necessary to understand how ideas of race shape scientific inquiry. Every question of human evolution, from classifying hominin species to debates about Neandertal and Denisovan interbreeding, potentially intertwines with ideas about race and the structures of contemporary racism.


Every question of human evolution, from classifying hominin species to debates about Neandertal and Denisovan interbreeding, potentially intertwines with ideas about race and the structures of contemporary racism.Click To Tweet
The term racism is currently used mostly to describe individual acts of meanness, and whether someone is-or-is-not a racist. These kinds of usages and accusations often miss the larger issue: how economic and political inequalities are structured around racialized hierarchies. Anthropologists sometimes call this “structural racism,” and this is what most needs to be addressed in an understanding of anthropology and racism.

Sociologists have done important work on these issues. Three examples are Black Wealth / White Wealth by Melvin Oliver and Thomas Shapiro (2006); Racism without Racists by Eduardo Bonilla-Silva (2009); and Being Black, Living in the Red: Race, Wealth, and Social Policy in America by Dalton Conley (2009).

It is true that in his famous 1963 “I Have a Dream” speech, King eloquently intoned, “I have a dream that my four little children will one day live in a nation where they will not be judged by the color of their skin but by the content of their character.” However, this was not a blueprint for colorblindness. It was a call for radical economic and political change. In his last full-length book, Where Do We Go from Here: Chaos or Community?, King wrote of reparations: “A society that has done something special against the Negro for hundreds of years must now do something special for him, in order to equip him to compete on a just and equal basis” (1967:95). Or, as Gary Younge writes in The Misremembering of ‘I Have a Dream’ as well as his book on The Speech, a call for economic reparations and comprehensive affirmative action was already in the “I Have a Dream” speech.

Tim Wise, in Between Barack and a Hard Place tells an astounding tale about the social context of the 1960s:

In 1963, roughly two-thirds of whites told Gallup pollsters that blacks were treated equally in white communities. Even more along the lines of delusion, in 1962, nearly 90 percent of whites said black children were treated equally in terms of educational opportunity. All of which is to say that in August 1963, as 200,000 people marched on Washington, and as they stood there in the sweltering heat, listening to Dr. Martin Luther King Jr.’s famous “I Have a Dream” speech, most whites seeing the news that evening were, in effect, thinking to themselves, what’s the problem, exactly? Dream? Why dream? Everything is just fine now. Isn’t it? (2009:33)

Has radical economic and political change occurred? Since King was assassinated, have we moved more toward chaos or more toward community? Despite all the noise and complaints about affirmative action, King’s vision is unfulfilled. Affirmative action is not reparations, and it has hardly mattered for racial economic inequality.

This analysis was published in September 2017 by The Institute for Policy Studies. Simply put by Jamelle Boule: The Wealth Gap Between Whites and Blacks Is Widening: The myth of racial equality is having real and devastating consequences. (See Social Construction of Race = Conservative Goldmine.)

These measures are all the more important, because comparisons of families with roughly equal net worth across the color line show striking similarities in all those things people like to stereotype: crime rates, educational attainment, welfare usage.

Meanwhile, it’s been long know that lower and middle-class whites feel left behind, like they are, in the words of Chris Rock, “losing the country” (1999). They are, in fact losing the country, but it is to the super-wealthy. In fact, Chris Rock’s treatment of “Racism” in Bigger and Blacker (1999) remains one of the best antidotes to the idea of “reverse racism”: “There ain’t a white person in this room who’d trade places with me–and I’m rich!” And in 2018, the new GOP Tax Cut for the Wealthy Will Make Wealth Inequality Worse.

It is a huge mistake to assume programs of affirmative action are about addressing historical or past inequalities. The inequalities are in the present, not the past. They have not been addressed. Despite the beliefs of many whites, there has not been a political-economic shift which concentrates resources with non-whites, as Gary Younge analyzes in What ever happened to Martin Luther King’s dream?

The idea of colorblindness can perpetuate and exacerbate these inequalities, hiding the issues of biological anthropology and racism. “Colorblindness, by discouraging discussions of racial matters and presuming that the best practice is to ignore the realities of racism, makes it more difficult to challenge those biases, and thus increases the likelihood of discrimination” (Wise 2010:18).

We need to get rid of the idea that colorblindness–or just not ever talking about race–is going to work. Psychologists demonstrate how babies as young as six months begin picking out the physical differences among human beings we use in racial categorizations. How those differences get organized into ideas of race is an interesting question, since babies notice physical differences and not race per se. (See NurtureShock by Po Bronson and Ashley Merryman for a summary of psychological studies on infant perception of race and a plea for why we need to talk to kids about it.)

Fortunately, anthropology also has a history of speaking back to racism–see the next section on Human Skulls: Boas Head Shape Studies Revalidated.