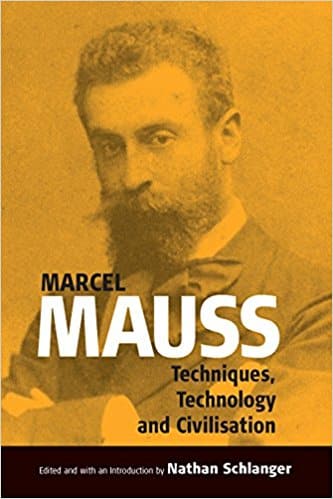 Update: This webpage was first written in 2011 to bring attention to the learned aspects of bipedalism. For a 2021 attempt to explain bipedalism using the textbook Anthropology: What does it mean to be human? see the video lecture:

One of the most important features of contemporary understandings of human evolution has been the realization that the split between the creatures which would eventually become hominids and those which would become chimpanzees and bonobos probably had something to do with habitual bipedalism. This is crucial because it gets us away from the search for large brains. Years ago, people thought the divergence must have been due to being smarter and larger brains. Now, we know brain size remained relatively similar for several million years, but the eventual hominids were becoming more and more bipedal.

Chimpanzees and gorillas are able to do some bipedal locomotion. Bonobos can apparently walk upright for longer periods. But they are not habitually bipedal. The question is to understand the adoption of habitual bipedalism in the primate lineage and how that habitual bipedalism became part of human anatomy.

That said, questions of how creatures became habitually bipedal, and if bipedalism was really the main source for later speciation, are extremely complex. The idealized picture of early hominids striding onto the African savanna to hunt big game–is entirely false. Bipedalism may have actually appeared in forested areas, as a complement to tree-climbing adaptations, allowing for greater flexibility and variability through a mosaic of environments (Kathleen Gibson, Epigenesis, Brain Plasticity, and Behavioral Versatility, 2005, 26). (For a Three Quarks Daily 2012 award-winning blog-post on these issues, see Holly Dunsworth’s What about babyism?, and see also Erin Wayman’s 2012 overview Becoming Human: The Evolution of Walking Upright.)

Moreover, bipedalism does not just appear, once and for all. A range of creatures developed bipedal adaptations, but not all of them are ancestral to modern humans. It is even possible that creatures ancestral to modern chimpanzees or bonobos developed habitual bipedalism but then took a different evolutionary turn. In 2003, Robert N. Proctor wrote about the issue of fossil finds and possible connections to contemporary populations: “The new finds may eventually do more to help clarify the puzzling paucity of chimp or gorilla fossils, since some may turn out to be closer to ‘their’ ancestors than to ‘ours’” (Three Roots of Human Recency 2003, 222). This statement would prove prophetic, as in 2010-2011 controversy erupted over whether Ardipithecus ramidus, known as “Ardi” could definitively be classified as a human ancestor (Katherine Harmon, Was “Ardi” not a human ancestor after all?).

There is something else. Bipedalism sounds scientific, ending with an “ism” that evokes anatomical transformations and capacities. But bipedalism is also known as walking on two feet. This apparently mundane observation has profound implications.

Walking is a learned behavior

Babies do not come out walking. They learn how to walk, like they learn how to speak, in a specific environment, with the guidance and help of others. It is also important to note that neither walking nor speaking is universal to all humans, as these abilities may not develop or be lost:

Why isn’t disability being taught in every introductory anthropology class? Why isn’t it part of our graduate training? Clearly, the significance of disability’s lessons is not lost on the emergent generation coming into anthropology, perhaps in part because they grew up in a world in which disability was a fact of life and no longer hidden. They recognize that disability is a fundamental anthropological concern as an essential form of “human nature.” As our students have taught us, it’s time for our field to accept this challenge. (Rapp and Ginsburg 2010, 517)

Since people learn to walk, they also learn to walk in specific ways, with specific styles, that vary across human groups and within them. These differences become difficult to discern, as our own way of walking or moving will of course seem like the natural or only way to walk or move: “There is, as the anthropologist Marcel Mauss observed in his famous essay of 1938 on Techniques of the Body, no natural way of walking” (Ingold 2006, 274; the Mauss essay is in Techniques, Technology and Civilization 2006).

This extends further than anthropological observations of different styles of walking. It is not just something added-on or inflected to a basic walking pattern:

For walking is not a compound of pre-existing and add-on components, but a skill that is gradually acquired mainly but not exclusively in the first few years of life, and incorporated into the modus operandi of the human organism through practice and training within an environment that includes skilled caregivers, along with a variety of supporting objects and a certain terrain. It is, in that respect, the outcome of a process of development. And because people encounter different developmental circumstances, they walk in different ways. As Esther Thelen and her colleagues have shown, in a series of studies of infant motor development, there is no “essence of walking that can be isolated from the real-time performance of the action itself” (Thelen, Motor development. A new synthesis, 1995:83). (Ingold 2006, 274-275)

Walking is a learned behavior, with different styles and variation. Studies of infants show these variations are built into the learning process–there is not just one thing, bipedalism, underlying all the styles, but an inherent variability.

There is a further implication–hominids eventually built these learned behaviors into a transforming musculature and skeletal development process. Most human infants seem pre-equipped for walking, but this only represents the extent to which the human animal incorporates learned behavior into our biological development.

A similar question might be asked about crawling. Is crawling natural to humans, a universal human stage? Most babies, if left on their tummies, will learn how to crawl. Interestingly, since they are not explicitly taught by crawling adults, crawling seems to emerge by itself, with a particular infant crawl pattern. It could then be posited as a natural stage of human development.

However, due to a variety of factors, the majority of human infants never crawl–they never have the necessary floor-and-tummy time.

As discussed in the section Human Skulls: Boas Head Shape Studies Revalidated, the back-to-sleep campaign and strap-in devices now used in the U.S. are also making it less likely for babies to crawl. So it would be dangerous to assume crawling as a human universal, but it is also true that crawling opens up different neurological and musculature pathways during a crucial period of infant development. In some ways, babies who crawl will be biologically different from babies who do not. Again, learned behavior is enormously important for biological development.

Another way to test this out is to try squatting for a few minutes, or an hour. Then read this:

The bones of the skeleton can grow and take shape only within a body that is active in the world; hence one can define the “normal” skeleton only in relation to “normal” activities. Why should the notched kneecap that comes from prolonged squatting be regarded as abnormal when, for the great majority of the human population, this is the usual position of rest? It is only perceived by us as an abnormality since, having been brought up in a society in which it is usual to sit on chairs, we find having to squat for any length of time acutely stressful. There can, then, be no such thing as the standard form of the human skeleton. (Ingold 2000:434)

The evolution of bipedality, therefore, was not the change from a quadrupedal state to a bipedal state, but rather a constraint on the locomotor options of the ancestor, who evolved from something that could be bipedal to something that could be nothing but bipedal. It was not the acquisition of anything new, but a choice to concentrate exclusively on one of the things that it had been doing occasionally. What evolved was obligate bipedality from facultative bipedality, or the integration of what was originally a behavioural choice into our genomes. Bipedality is as ‘hard-wired’ as any human feature, but it arose in an effectively Lamarckian fashion; that is, our ancestors chose and learned to do it, and now we, their descendants, are programmed to do it. And yet, we are also not born doing this biologically innate habit. As infants, we learn how to move like adults; it actually takes a few years. And like other learned things, there are many ways of walking, and they differ by place and circumstance. Clearly, ‘innate’ and ‘learned’ are not antonyms. (The biological myth of human evolution, 149)

As we see in the next section on Stone Tools for 2+ Million Years, bipedalism is a learned starting point for an even greater incorporation of learning into human biological development.

Humans facultatively employ a number of locomotor patterns beside the habitual bipedal gait: long-distance running, climbing, leaping, crawling, swimming, and skiing. Human locomotion, like that of animals, is an analogous rather than a univocal concept, admitting great variation, plasticity, and subtle differences in gait, style, speed, and endurance. (Devine 1985:550)

Unfortunately there has been little follow-up on these observations. Tim Ingold keeps the theme alive in Culture on the ground: The world perceived through the feet (2011).