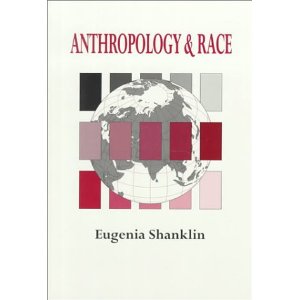 While individuals differ, biological differences between races are small. There is no reason to believe that one race is by nature so much more intelligent, endowed with great will power, or emotionally more stable than another, that the difference would materially influence its culture.
–Franz Boas, Race and Progress (1931, 6)

As discussed in the previous section on Biological Anthropology and Racism, the issue of race is a core part of the history of anthropology. Anthropologists studied human nature and human difference, born as a scientific study of Savages and Human Nature. However, over a century ago, Franz Boas began championing an anti-racist position as he became a prominent founder of academic anthropology. Boasian Anthropology should have won the battle on race by the 1930s.[See endnote #1]

Boas’s research disproved deterministic connections between biology and behavior. Far ahead of his time, Boas revealed how motor movements–ways of walking, dancing, posing, smiling–are part of our learned behavior. They are learned so intimately and thoroughly that they feel natural. Since we learn motor movements, people of different physical appearance can learn them. The Boasian approach became a bestseller for Ruth Benedict’s 1934 Patterns of Culture.

In addition to exploding the supposed connection between race and culture, Boas measured the head shape of immigrants and their children in New York City. This work on human skulls challenged the physical basis of human racial categorization. Measuring heads of people from central and southern Europe, Boas determined that within one generation of arrival there were already measurable changes in human skulls and body form. Environmental factors like nutrition and hygiene played a larger role than anyone had realized. Contrary to popular belief, this was not always a change in a positive direction. Sicilians became more physically stunted in the new environment. Boas was himself an immigrant. His work also helped shape later anthropological statements on immigration.

As Boas hypothesized, our results show that children born in the U.S. environment are markedly less similar to their parents in terms of head form than foreign-born children are to theirs. . . . This finding thus corroborates Boas’s overarching conclusion that the cephalic index is sensitive to environmental influences and, therefore, does not serve as a valid marker of racial phylogeny. (Gravlee, Bernard, and Leonard 2003, 135)

Others say there is some room for variation based on nutrition and climate, but cranial form can still be used for exploring genetic questions (Relethford 2004). For more extensive discussion, especially about the use of computer programs in classification, see On the misclassification of human crania (Hubbe and Neves 2007).

Apart from the back-and-forth within the number-crunching community, the larger picture is clear:

Environment and cultural practices play an enormous role in shaping our heads. Certainly genes regulate the unfolding process of development and growth of human skulls. And those skilled in the use of calipers can use particular features of human skulls as a proxy for understanding ancestry and inherited genes. However, genes do not determine the shape of human skulls. That shape is the dynamic result of developmental systems.

Another surprise is that Richard Jantz, one of the original re-examiners of the Boas data who again reappraised the findings:

Change in Hebrew cranial indices resulted from abandoning the practice of cradling infants in America. U.S.-born Sicilian children experienced an environment worse than the one in Europe, and consequently experienced impaired growth. We conclude that the changes Boas observed resulted from specific behavioral and economic conditions unique to each group. (Jantz and Logan 2010:702)

To be sure, Jantz and Logan still write that “re-examination of Boas’s immigrant data has shown that Boas overstated the magnitude of the changes, which were actually small compared to variation among ethnic groups” (2010:703). Nevertheless, in 2012, Jantz is again at the forefront of discovering recent changes in head form: Americans’ Heads Getting Bigger.

It comes back to a central idea about human nature:


There is no such thing as a natural--or genetically determined--head shape.Click To Tweet
Of course, to echo Tim Ingold’s words about human nature–see Human Nature and Anthropology–human head shape is not anything we please. But we cannot describe our heads outside of the particular historical and environmental circumstances in which we grow.

Human Skulls: Measuring what we expect to see

In a fascinating 2016 research article, The vanishing Black Indian: Revisiting craniometry and historic collections, Pamela Geller and Christopher Stojanowksi show how much our measurements are influenced by what we think we’ll find. Or what we imagine race was like in the past.

Recent articles discussing the merits and weaknesses of comparative craniometry focus on methodological issues. In our biohistoric approach, we use the patterning of craniometric allocations across databases as a platform for discussing social race and its development during the 19th century, a process known as racialization. Here we propose that differences in repeatability for the Seminoles and Euro-American soldiers reflect this process and transformation of racialized identities during 19th century U.S. nation-building. In particular, notions of whiteness were and remain tightly controlled, while other racial categorizations were affected by legal, social, and political contexts that resulted in hybridity in lieu of boundedness.

Which is a great way to begin the next section on the Race Revival. Put differently, the acknowledgement of hybridity and diversity that was well underway in anthropology got interrupted and challenged by a racist renaissance.

Note #1. Eugenia Shanklin’s article The Profession of the Color Blind: Sociocultural Anthropology and Racism in the 21st Century urged anthropologists to become more active on the question of race. For Shanklin, the Boas victory only meant “American anthropology won the battle and lost the war” (1998, 670). Shanklin took her own message to heart, publishing an undergraduate textbook titled Anthropology and Race: The Explanation of Differences. We sadly lost Eugenia Shanklin in 2007. Her textbook deserves to be updated.

Note #2. See Tummy Time is Important (Graham 2006) or Tummy Time: Why babies need more of it than they’re getting (Mossop 2010). With pediatricians saying “atypical skull shapes occur in as many as 20% of infants” (Cunningham and Heike 2007, 645) it leads to questions of how the typical skull shape became normalized. Some pediatricians are calling attention to contemporary changes, going so far as to consider “that the percentile growth curves used for plotting head circumference may not be reliable for this new back sleeping population” (Pomatto et al. 2006, 62).