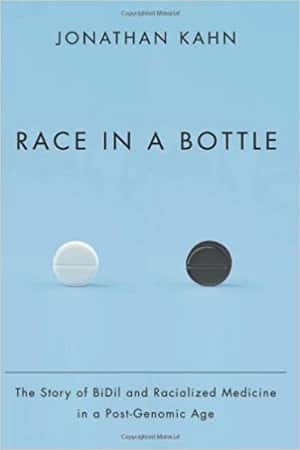 Update: In April 2018, the New York Times published an Op-Ed by David Reich which threatened to further contribute to the race revival. As Jonathan Marks writes, “Reich, like many geneticists writing about race, does not really know what he is talking about.” Agustin Fuentes, together with 68 scientists and researchers published a response: How Not To Talk About Race And Genetics.

As I note below, there was never a rebuttal to Armand Marie Leroi’s “A Family Tree in Every Gene” (2005) in the New York Times, so we can safely say that the Times has been at the forefront of attempts to revive scientific racism. See also The unwelcome revival of ‘race science’ in The Guardian (March 2018).

At the same time, we should be wary of the notion that racist science is experiencing a “revival” as opposed to simply a continuation. Two important April 2018 correctives: Scientific Racism Isn’t ‘Back’–It Never Went Away by Edward Burmilla in The Nation and Textbook Racism: How scholars sustained white supremacy by Donald Yacovone in The Chronicle. As Yacovone writes “to appreciate why white supremacy remains such an integral part of American society, we need to appreciate how much it suffused our teaching from the outset.”

From the time of Franz Boas and the immigrant head shape studies discussed in the previous section, anthropology provided new ways to think about race. Boas should have won. Race was debunked. But since 2000 there has been a race revival, with an attack on anthropology. How did the race revival happen?

In some ways Boasian anthropology did win. Very few people today claim biological appearance leads directly to a particular language or culture–this is part of the legacy we can claim when asked What is Anthropology? But in other ways, Boas lost. Almost immediately, race became culturalized. People simply accepted that talking about culture was the polite way to talk about race (see When culture starts looking like race). And there were also setbacks for the anthropological challenge to debunk race as biological-genetic grouping.

One sign of this loss came in 2007 when James Watson, one of the discoverers of DNA, tried to publicly revive ideas about race and intelligence:

Dr. James Watson told The Sunday Times that he was “inherently gloomy about the prospect of Africa” because “all our social policies are based on the fact that their intelligence is the same as ours–whereas all the testing says not really”. He said there was a natural desire that all human beings should be equal but “people who have to deal with black employees find this not true”. His views are also reflected in a book published next week, in which he writes: “There is no firm reason to anticipate that the intellectual capacities of peoples geographically separated in their evolution should prove to have evolved identically. Our wanting to reserve equal powers of reason as some universal heritage of humanity will not be enough to make it so”. (Milmo 2007, “Fury at DNA pioneer’s theory”)

How did the race revival happen?

For demolishing race as a biological category, many anthropologists came to rely on the geneticist Richard Lewontin. In the 1970s, Lewontin was on the cutting edge of research showing there was much more genetic variation within any so-called race than between the so-called races. This allowed anthropologists to confidently teach that Race is a Social Construction, point to the importance of culture, and then seal the deal with Lewontin’s genetics. Then in 1987, claiming an African Eve as our common human mother seemed to forever drive a stake in misconceptions of race as immutable biology.

But after fifty years of teaching about race, the message has not registered. In part this is because of internal problems. The first problem is that the phrasing of social construction, makes it sound like anthropologists claim people are all biologically the same (for related issues, see Gender is a Social Construction). Anthropologists are definitely not saying that humans were all the same. Human biological variation is real and important; anthropologists know it; anthropologists were the first to scientifically describe this variation. Human variation is simply not usefully grouped according to traditional races.

A third problem is the popularity of pseudo-forensic anthropology, which on television seems able to identify race from bones. It is not always apparent how race identification is a probabilistic guess about social categories, not an absolute measure deduced from bones. (See the next section on Race Reconciled Re-Debunks Race for extensive discussion.)

Meanwhile, the world of genetics has changed. Lewontin is not cutting-edge, and some biologists started talking about Lewontin’s Fallacy (Edwards 2003). Citing Lewontin–and his colleague Stephen Jay Gould–makes anthropologists look like we rely on old-fashioned ideas. This trend became notable when Armand Marie Leroi wrote a 2005 opinion piece for the New York Times, “A Family Tree in Every Gene.” Leroi became the dashing young geneticist–not just the old geneticist James Watson–who said traditional race ideas were just fine. Also several anthropologists accused Gould of mismeasurement, but provided little context for how to correctly measure the skulls and what they say about human biological variation.

These factors can be combined with the corporate search for drugs (and profit) by targeting specific racial groups. Race in a Bottle: The Story of BiDil and Racialized Medicine in a Post-Genomic Age. More big money: The corporate search for profiting by measuring ancestry with gene swabs. It all adds up to a race revival, a whole new world of race that looks a lot like the old world of race. Leroi’s op-ed has never been refuted at the level of the New York Times. Coupled to the tremendously irresponsible reporting of Nicholas Wade, always quick to accept anything with a genetic-claim, always quick to report on race resuscitation, and it seems the official position of the New York Times is to accept traditional race thinking. Wade’s reporting of course culminated in his 2014 book, A Troublesome Inheritance: Genes, Race and Human History. (See also the 2008 article by John Hartigan, Jr., “Is Race Still Socially Constructed?” which rightly took Wade’s reporting to task. The Social Science Research Council has an important set of responses to Leroi at Race and Genomics.)

Race Revival: What should anthropology do?

Rather than examine problems with the anthropological message, some prefer the more benign possibility that the anthropological message has just not had enough time to sink in, has not been loud enough, or has not been eloquently communicated. However, the message has been coherently delivered for fifty years, communicated by some of the most effective spokespeople and writers: Ruth Benedict, Richard Lewontin, Stephen Jay Gould, and Jared Diamond in Race without Color (1994). Nevertheless, the race revival regularly occurs within the group of people who call themselves scientists, from people who should have heard and understood the message, and are now attacking anthropology. Indeed, the social construction of race became a goldmine for conservative politics.

Anthropology needs alternative approaches. Fortunately we can turn to the next section, Race Reconciled Re-Debunks Race.