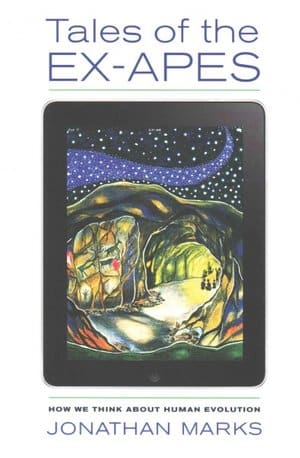 Update: See #DecolonizePrimatology: A Reading List for suggestions on where primatology has headed since this 2011 summary. Also see my 2021 class on primates based on the textbook Anthropology: What does it mean to be human?

I once asked students to write about their most recent anthropology course, explaining what they liked best and what they liked least. One student chose “Primates and Primatology” and then for the best part wrote “so many primates.” He then wrote the same thing in the worst part: “So many primates.” It certainly does sometimes seem like primate species are an ever-proliferating category!

As Jonathan Marks noted in his humorous blog-post review A first lecture on primate taxonomy, anthropologists and primatologists have documented a much larger variety of primate species than previously imagined. In the 1980s there were fewer than 200 primate species documented, but primatology now acknowledges over 400. Somewhat ironically–and sadly–this is concurrent with habitat loss and endangerment for many primates. As Marks documents in a 2017 follow-up, species designations are bio-political units.

What is primatology about?

This prompts the reasonable question of why anthropologists spend so much time documenting the number of species of non-human primates as well as their different activities by group and individually. Most people assume primatology is about getting a sense of our closest relatives, establishing an evolutionary baseline of human traits.

It is not. What anthropological primatology documents is an astounding range of variation in primate species, as well as different group and individual behavior. For a great 2018 summary, see Chimpanzees Can’t Tell Us Much About Being Human by Agustin Fuentes in Sapiens.


Primatology reveals there is no single primate species behavior pattern at the base of human evolution.Click To Tweet
Chimpanzees and bonobos are equally related to the most recent common ancestor with human beings. Chimpanzee and bonobo behavior varies, both between species and within different groups. There are yet other patterns with gorillas, gibbons, and orangutans. Moreover, these species have been evolving for the 6-12 million years since splitting off from the lines that would lead to hominids. Any contemporary behavior may have evolved independently and cannot be assumed to be a common ancestral model. “As it turns out, there is not one generalized ‘primate pattern’ found in nature but a variety of patterns with some common themes” (MacKinnon and Fuentes 2005, 87; see also the 2012 blog-post The Better Bonobos of Our Nature by Eric Michael Johnson in his blog The Primate Diaries).

In a blog-post titled Humans And Other Animals: A Voice From Anthropology (September 2011), anthropologist Barbara J. King urges us to avoid the “species-level trap”:

The species-level trap is an easy lure. You’ve heard the claims, maybe, about chimpanzees and bonobos? Chimpanzees are the male-violent, make-war apes, whereas their close cousins the bonobos are female-empowered and sexy-pacific. Don’t believe it, at least not in this overly-simple form. Gentle chimpanzees and feisty bonobos exist, as do apes who one day are kind and the next cruel, shaped (as are we humans) by some combination of how they were raised, their day-to-day social encounters and their genetics. (September 2011)

Avoiding the primate species-level trap is especially important when popular media has depicted non-human primates as the source of supposed innate tendencies toward male aggression, dominance, and violence–see the edited volume War, Peace, and Human Nature and see also the 2012 blog-post by Agustín Fuentes, Bad to the Bone: Are Humans Naturally Aggressive?

Even among the usually more aggressive chimpanzees, documented cases of lethal violence and war-like behavior are relatively rare, occurring in some groups but not others (MacKinnon and Fuentes 2005, 92). And most of the best documented cases, those that have most captured the public imagination, happened at Gombe, the site of Jane Goodall’s original primatology research.

With this in mind, it is instructive to return to the early primatology footage from Gombe, contained in the National Geographic film Among the Wild Chimpanzees (1984). As the film unfolds, it becomes clear how much humans interact with chimpanzees. Access to human artifacts upsets chimpanzee hierarchies. One of the non-dominant males discovers he can create a “horrifying noise” by rolling empty kerosene cans: “Originally one of the lowest-ranking males, Mike was now #1.” The chimps spar over human-provided food supplies, fighting with each other and against the baboons. Goodall was one of the first to document chimpanzees hunting baboons, but they had already been fighting baboons over the bananas in the human camp.

Then there are the unforgettable scenes of infanticide, of a female chimp killing and eating another chimp’s infant. But as this takes place, one of the younger chimps “ran over to the two field assistants who were watching this horrifying struggle, stood upright, looked into their eyes, looked back at the scene, and really seemed to be begging for help” (Jane Goodall 1984, my transcription).

As Goodall notes, the powerful homicidal chimp would do this again, fighting off attempts at human intervention. However, what must the chimps have thought of these humans, who obviously did have the technical means to intervene, to prevent further cruelties, but did not?

Is this asking too much of primatology? Perhaps, but people are showing up, tracking down chimpanzees, giving them food, participating in their grooming sessions, giving them names, and befriending them. It must seem pretty strange to the chimps.

Given all that occurred at Gombe–how chimps used human technologies to alter status hierarchies, how they fought among each other and with the baboons for human-supplied food, the friendly interaction, and the cruelty–I take reports of chimpanzee intergroup “warfare” with more than a few grains of salt. This is not to say there is no violence among chimpanzee groups, but simply to wonder about what we can really deduce from the violent incidents we have documented.

After all, can it just be coincidence that the intergroup warfare occurs at the same time when humans have drastically reduced chimpanzee habitats? As habitat shrinks, pushing some groups to the brink of extinction, it is not surprising that something like warfare might intensify. This is not unique to non-human primates–see the 2006 news article by Charles Siebert An Elephant Crackup? for an account of how elephants seem to be turning increasingly erratic and violent as humans encroach on their habitat. And in a 2012 blog-post Desert Trackways: Seven-Million-Year-Old Clues To Elephant Social Complexity, anthropologist Barbara J. King agrees with Siebert “that the evidence for elephant post-traumatic stress disorder is compelling. It’s only gotten worse for elephants in the years since he wrote his piece.”

Margaret G. Power was an early critic of the interpretations from Gombe. Her 1995 article Gombe Revisited: Are chimpanzees violent and hierarchical in the “free” state? is a fascinating assessment of what we can and cannot learn from the Gombe research. The artificial feeding introduced stress and frustration into the chimpanzee group. I would not want to conclude there is a natural egalitarianism in chimpanzee societies, as Power seems to do in The Egalitarians–Human and Chimpanzee (1991), but her critique that we cannot assume a natural hierarchy and warfare is well-founded.

Unfortunately, the message is hardly heard in many popular accounts. In a 2011 news article which should have focused on human sharing and sociality, Nicholas Wade exaggerated the contrast of humans with chimpanzees, claiming chimpanzees organize as “a cluster of small, hostile groups constantly at war with each other, the default state of chimpanzee society” (Supremacy of a Social Network). Once again, this varies between chimpanzee groups, can hardly be called a default state, and is not necessarily true of equally related non-human primates, such as bonobos.

Unlike the original Gombe footage, more recent primatology film of chimpanzees strives to be naturalistic, with less obvious human intervention. In the “Food for Thought” section of the 2003 film series The Life of Mammals there is amazing footage of a chimpanzee hunting party brutally attacking a troop of colobus monkeys. The footage is incredible, but what kind of camera setup and interaction did it take to get those shots?

The first time I posed this question in class, a puzzled look came over one student’s face, as she asked in disbelief: “Are you saying they’re acting?” Not exactly, although I would not rule it out. The great apes are extremely intelligent and creative creatures. Do we really think we can send in a film crew and it goes unnoticed?

The larger point remains: when we study the myriad primate species, with differing behaviors by species, by group, and individually, what we do not see is one single primate pattern accessible as ancestral basis. There are so many primates.

Next: 1.9 – Bipedalism is Also Called Walking