Home » Cultural Anthropology 2016 » Gender, Sex, and Sexuality: What does it mean anthropologically? 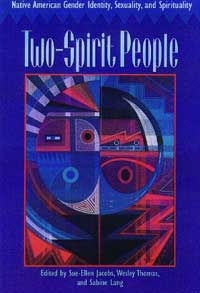 Why is anthropology seemingly so relevant about gender, sex, and sexuality? (And not about race, ethnicity, and immigration?)

Began with a relatively open-ended question about why anthropology has been doing so well with respect to the topics of sex, gender, and sexuality, but doesn’t seem to get traction for topics of race, ethnicity, and immigration. Anthropology was in some ways founded on issues of race and ethnicity, but those seem to be of shrinking importance for why people come to anthropology.

As evidence I looked at how in their original and longer versions of Cultural Anthropology, Welsch and Vivanco include a chapter on “Gender, Sex, and Sexuality” and a chapter on “Race, Ethnicity, and Class: Understanding Identity and Social Inequality.” In the Concise Introduction the former chapter stays, the latter disappears (or put more mildly, is condensed into other chapters).

For more evidence, I talked about the continuing success of my own post on Gender is a Social Construction, which was written as an off-hand post to comment on a faculty listserv dispute. Although I founded this blog on issues of race and human diversity, that one-off post has far out-run any of the race material, and continues to draw over 100 unique visitors each day without any promotion on my part.

Discussion was robust, leading eventually to a perhaps-controversial answer which I further developed in the next class on Religion & Belief: There is clear evidence of a huge comeback in the “Savage Slot” since 2001. This is abundantly clear in the equation of Islam as Savagery. But what is our evidence for their savagery? The first piece of evidence should be simply about “Blowing Up Stuff.” But we can’t use that because we blow up stuff too, both in terms of drone missile strikes and domestic terrorism. The second piece of evidence should be their suicide bombers, which Welsch & Vivanco discuss on pp.207-208. But that can’t really work either since our record on Homocidal Gun Suicides is particularly abysmal (and is used by the rest of the world as an indicator of US savagery).

So really what we most have to fall back on for evidence of this savagery is our belief that Islam oppresses women. Or as Lila Abu-Lughod has asked, Do Muslim Women Need Saving? In other words, the reason it is much easier to talk about all things gender-equal is that we need that to keep up our “we’re still the civilized” line.

And this, I believe, explains why Trump tanked when he revealed himself to be really horrendous on issues of gender equality and sexual harassment. Until that time, he had made all manner of public commentary about race, ethnicity, and immigration, all of which should have ended his candidacy. And yet. But revelations about gender equality and sexuality seem to be the final blow, in part because that is our last moral refuge when it comes to intervention in the Middle East. [For more, check out Women Who Hate Trump, but Aren’t With Her. This link provided by “Discuss White Privilege”, whose comments on an earlier post about public anthropology remain relevant.]

Fieldwork: The Facts are Never Just Out There

For our discussion of this penultimate section of Return to Laughter, spent some time debating the interpretation of what Bowen writes about one person in the village: “He was a blustering, thrusting, stupid old blockhead who had a knack of calling on me only when I had something better to do” (158). Should anthropologists ever write such a statement? Does it show fundamental disrespect? Or is it a sign that the anthropologist has enough experience so that instead of making blanket cultural generalizations, she is able to report on individual personalities?

My main point in this follow-up to the discussion of fieldwork in anthropology is that the alliances and factions Bowen’s character negotiates reveal that information is never just neutrally out there, waiting to be observed.