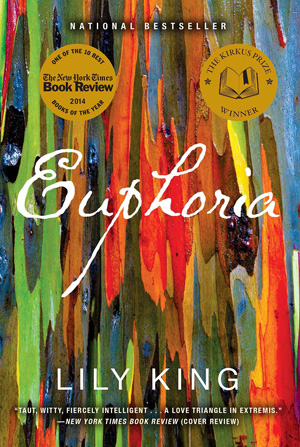 This was for Cultural Anthropology 2016. For updated thoughts on culture, see What is Culture?

What was the Dobuan situation?

The Dobuans are known to all the white recruiters as easy marks in the area. Risking hunger at home, they sign up readily for indentured labour; being used to9 course and scanty fare, the rations they receive as work boys do not cause mutiny among them. (Benedict 1934:130)

[I’ve posted about this at When culture starts looking like race: Dobu and why reifications matter.]

Culture and Anthropology–Inside and Out

Against idea that only the civilized & cultured have culture: Everyone has culture!
Against determinisms: Culture is dynamic, changing
Increasing sophistication of ideas and arguments about culture
Post-structuralism (Welsch & Vivanco:25)

“Culture consists of the collective processes that make the artificial seem natural”
Seems to be an unacknowledged debt to Pierre Bourdieu and habitus
“The habitus, the durably installed generative principle of regulated improvisations . . .
“the habitus, history turned into nature, i.e. denied as such”
(Outline of a Theory of Practice, 78) 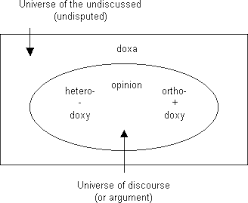 [Image from Bourdieu (Outline:168) I posted about this at Culture, Culture, Everywhere]

Thinking Culture in this Class

Means describing what gets “taken for granted” (seen as natural or given, the “universe of the undiscussed” or undisputed), and how that process occurs
Hint, look for power
How this can be different over time and between different groups (both within & between societies)