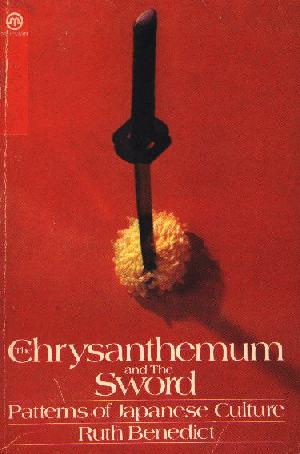 Ethnography from Benedict to 2016

This was the comment page for chapters on “The Nature of Society” and “The Individual and the Pattern of Culture” in Ruth Benedict’s Patterns of Culture. We also read Welsch and Vivanco, chapter 4, “Ethnography: Studying Culture.” This was part of the Cultural Anthropology 2016 course.

For this class, I suggested students visit the 2016 blog-post by Paul Shankman When Cultural Anthropology Was Popular: A Quiz. As it turns out, Shankman’s warning about the transient nature of the internet was rather prophetic:

Today blogs, YouTube, and other on-line platforms offer possibilities for communicating with the public that earlier generations of cultural anthropologists could not have imagined. The sheer number, accessibility, and immediacy of these new venues provide unique opportunities for making our work widely available to a variety of audiences. But will our efforts have the impact we anticipate? Or, given the transient nature of the Internet, will our efforts be less enduring than we hoped?

Rough notes below, then Disqus comments.

“The Nature of Society”

But not all peoples–some are unintegrated hodge-podge (223-224)
But if we could really see the integration… (228)
But they aren’t all homogeneous
And “it would be absurd to cut every culture down to the Procrustean bed of some catchword characterization” (228)
Is Benedict hedging? Providing disclaimers? Spelling out anthropological research agenda?

“The Individual and Culture”

Benedict:251
Individuals <-- --> Culture (253)
Individuals depend on culture
Culture is made by individuals
Attempting to go beyond antagonism, instead as mutual reinforcement
Most people malleable (254)
But we tend to persecute the aberrant (262-265)
In Middletown (272-277)

Not Utopia, but could train ourselves to judge our own society (248-49)
Social relativism often seen as despair (278)
Causes “acute discomfort”
But will be “new bases for tolerance”

1950, cover with colored heads
“An analysis of our social structure as related to primitive civilizations”
1959, more colored heads
“The description of three primitive societies which has become a classic comment on our time”
1989, as ethnic blanket pattern
2005, with multiple quotes from the New York Times
Appreciating cultures becomes way of being sophisticated!
Compare with Benedict (278)
If Benedict is so bad, why does anthropology keep re-publishing?
Judging Books by Their Cover by Jennifer Esperanza
“Why we must challenge misrepresentations of race and culture on our textbook covers.”

How did Benedict fare within anthropology?

Culture groups:
Kwakiutl, Boas-approved
Dobuans, nobody re-studied
Challenged on Pueblos, one place where she did fieldwork: Discrepancy between what people say and what people do
Benedict not really cited within anthropology anymore
Problem: How do you get cultural whole?
Problem: Relating culture to the individual
Still, book after book on The Balinese, The Tiv, The !Kung

How did Benedict fare outside anthropology?