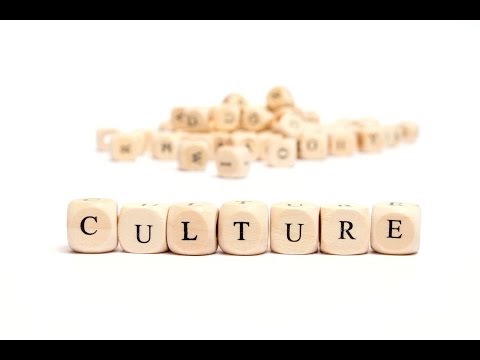 What Do We Do with Culture?

This was the comment page for “Adieu, Culture: A New Duty Arises” in Trouillot’s Global Transformations. This reading was at the core of my Cultural Anthropology 2016 course. [Image Credit: Lecture by Ulf Hannerz]

My rough notes are below and then student comments. We were trying to explore the different reactions people might have if asked what Cultural Anthropology is about and if the reply was “culture.” For a blog-post treatment of this chapter, see the 2013 Fetishizing Fieldwork. For my most recent attempt to explain similar themes in an Intro-to-Anthropology course, see the 2021 lecture accompanying the textbook Anthropology: What does it mean to be human?:

What do you say when someone asks, “Cultural Anthropology… What’s that about?”

I contend that simply saying “culture” is probably enough to fend off a follow-up question–because everyone thinks the meaning of culture is already apparent.
So we began with Trouillot’s use of Ashley Montagu: “The meaning of a word is the action it produces” (1962:27), “suggesting that the only reasons to deploy racial terms were political” (Trouillot:116).

What action does “it’s about culture” produce?

2. If there is a follow-up question, the most likely is: “Which cultures did you study?”

3. When Trouillot was writing, culture became explanation for economic development

See the book Culture Matters: How Values Shape Human Progress. [I once tried to post about this as Culture Doesn’t Matter]
Culture has also become huge in business, as “corporate culture.” [See for example the 2016 Forbes article When to Double Down on Culture.]

4. Harrison + Huntington + the Internet = An Interview With the Most Hated Man on the Internet

“Milo Yiannopoulos explains the alt-right, why Donald Trump is a cultural candidate, and why he thinks America should be great again” by D.D. Guttenplan
“Culture is now in an orbit where chasing it can only be a conservative enterprise, a rearguard romance with an invented past” (Trouillot:115)
From an anthropologist on Facebook:
“This is the right we have to fight against – the fascist war machine of cultural politics. Anthropologists have to stand up for a concept of culture that is dynamic and amorphous rather than allowing the alt-right to hide its racism behind static and bounded cultural ideals.”

To understand all this, need more about Words and Concepts

Conceptualizations “take full significance only in the context of their deployment” (Trouillot:98)
Concept of Culture:
1. Human behavior is patterned.
2. Those patterns are learned.
(Trouillot:99)

In its initial context of deployment, culture is first and foremost an anti-concept. It is inherently tied to race its nemesis. Culture is race repellent–bot only what race is not, but what prevents race from occupying the defining place in anthropological discourse that it otherwise occupies in the larger American society. . . . What makes Boasian and post-Boasian “culture” peculiar and necessary is the white American gaze on blackness–the centerpiece of American racial consciousness–that justifies its gate-keeping function. (Trouillot:100)

What happens when Culture and Anthropology are institutionalized?

What is this class about?

Model 1: Academe totally distinct from politics “liberal space of enlightenment” (114).
Model 2: Academe & Politics are the same, “science is politics and theory is insurgency. One does one’s politics in the classroom or in academic journals” (114).
Model 3: Engagement, awareness of power and limits, “major hope behind this book is that anthropologists can explore together the possibility of a third model” (114). [Discussed how this hope has not come to pass. This in some ways proves that Model 1 does not really exist (eloquence and argument are not enough to win the day), but the “Academe is Politics” people were obviously not supporters of Trouillot’s position. And in some ways introductory anthropology texts have Doubled Down on Culture.]

I then suggested that the three models also corresponded to the three statements about what the class is about. In other words, they are all possibilities when needed.

Internet meme, Milo Yiannopoulos: I’m an invention of the Internet. I’m like, the Internet went away for a few years and designed what the perfect online personality would look like and came back with me.”

“Culture consists of the collective processes that make the artificial seem natural” (Welsch & Vivanco:29)
“Culture is what makes your invented past and delusional fantasies seem natural and real. But you’re so blinded by your culture you can’t even see it.”
“Go read a history book, you #@$%^&.” [Sadly, I’m not sure there are many anthropology books I can recommend, especially since some of the textbooks seem to present a distorted picture of history.]

Culture is too much of a short-cut. I’m abandoning the word but defending the concept, “documenting how human thought and behavior is patterned and how those patterns are produced, rejected, or acquired”
Culture is too easy. It’s too much of a catch-all and it won’t help us explain the specifics. We need to figure out how people acquire or reject specific behaviors and ideas. We’re going to need to know the context, the history, and especially think about power: who is able to make decisions and who benefits from those decisions? How does power get assumed or taken for granted?