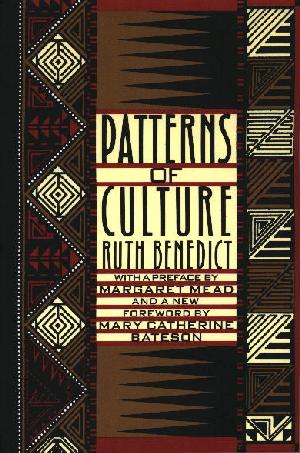 This was the comment page for the beginning chapters of Ruth Benedict’s Patterns of Culture. We read the chapters “The Science of Custom,” “The Diversity of Cultures,” and “The Integration of Culture” for Cultural Anthropology 2016 course. I wrote about this section of Ruth Benedict in a 2013 blog-post titled Ruth Benedict, Franz Boas, and the Anthropological Concept of Culture. For a 2021 update on teaching about race, culture, and anthropology in Intro-to-Anthropology, see the lecture based on Anthropology: What does it mean to be human?:

Rough notes are below followed by student comments.

“Indians (especially ‘good’ Indians) became the preserve of anthropologists” (Trouillot, 18)
“Salvage Paradigm” (Welsch and Vivanco, 4)
Differently put: Salvage the Savage!
Boas and Benedict were working within the Savage Slot
However, it is important to note that “what happens within the slot is neither doomed nor inconsequential” (Trouillot, 23)

Culture cannot be ranked hierarchically
Anthropologists need to get into the laboratory of cultures before it’s too late (Benedict, 17)

Savage as Evidence in America

Massive inequalities, capitalist crises and stock market fluctuations, high rates of unemployment and poverty
Us the Civilized versus Them the Savages
Segregated society, by neighborhood and school

This interesting blog-post by Paul Shankman When Cultural Anthropology Was Popular: A Quiz is a potentially useful comparison.