Home » Cultural Anthropology 2016 » What Are You Looking At, You White People? 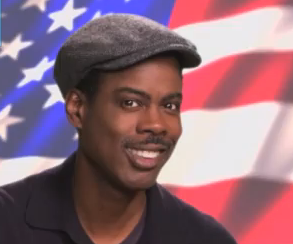 For Cultural Anthropology 2016 we read a chapter by Elizabeth Chin, “What Are You Looking At, You White People?” (63-89) in Purchasing Power: Black Kids and American Consumer Culture. Chin’s chapter is a powerful analysis of white identity and enduring stereotypes.

A theme of the chapter is that “white identity often has been performed and displayed in opposition to ideas about black consumption” (Chin:30). This theme relates to Michel-Rolph Trouillot’s comments regarding the peculiar form that the concept of culture takes in US Anthropology. “What makes Boasian and post-Boasian ‘culture’ peculiar and necessary is the white American gaze on blackness–the centerpiece of American racial consciousness–that justifies its gate-keeping function” (Adieu Culture 2003:100).

For another take on consumption identities, we watched Chris Rock on Obama/Romney. (For an interesting encapsulation of the politics of that time (which have continued well into 2017) see the pithy analysis on Angry Black Lady Chronicles.)

This cocktail party incident may help explain why Chin feels it is necessary to go through two chapters of theory and context before ethnographic vignettes (Chin:60-61).

Why are even liberal New York Times readers so ready to believe the hype? (see Chin:50-51)

How did research on the poor so often reinforce misconceptions?

Research on poverty, and especially the way that research has been used and read, tends to assume we already know what is going on. As such, blanket generalizations become acceptable and reproduce stereotypes.

The research often starts from the question of “What is wrong?” rather than what is happening (Chin:27).

Reports get sensationalized in the press, and then completely forgotten. Later, another report comes out which is basically the same, resulting in the same statements of shock (Chin:28).

One key moment was the label of a “culture of poverty” (Chin:44-45; 57). This term, coined by Oscar Lewis, was eant to be a call for massive intervention. However, it became decades of blame the victim. After that, there was a tendency to only portray poverty positively (Chin:45-46) or study the harshest conditions (Chin:58).

How did “you white people” become white?

My one critique of this chapter is how Chin juxtaposes slavery with the contemporary United States. These issues are definitely connected, but it does not explain what happened historically.

Particularly, how did various “ethnics” become white? Or as Trouillot puts it, “in a not too distant past, not all whites were equally white” (2003:149)

A related issue: how did Obama become black? “What makes culture unique in the U.S. academic context is . . . its deployment in a society with a peculiar one-drop rule” (Trouillot:100). For a 2016 update, see In An Election Defined By Race, How Do We Define Race?

As a way of addressing these issues, the film Race: The House We Live In (part 3 of Race: The Power of an Illusion) is useful: