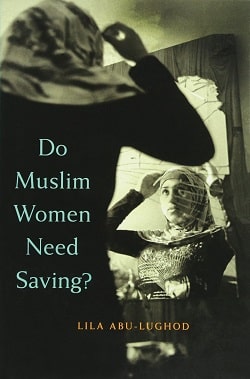 The article was re-published in a Reader for a Global Age which I used for Cultural Anthropology 2019. For student comments, I focused on a question Guest posed at the end of the reading (57): “Why does Abu-Lughod suggest that cultural relativism is not adequate in approaching cultural diversity? What alternative approaches does she suggest?” I suggested comparing Abu-Lughod with the cultural relativism of Horace Miner’s “Body Ritual among the Nacirema.”

It remains difficult to tackle the culture and cultural relativism issues raised in “Do Muslim Women Really Need Saving?” I discussed using Abu-Lughod’s book in my 2015 Intro-to-Anthropology course.

For my latest attempt, here is a 2021 version trying to explain the difference between Culture and cultureS for Intro-to-Anthropology: