Home » Cultural Anthropology 2019 » If We Didn’t Have Water 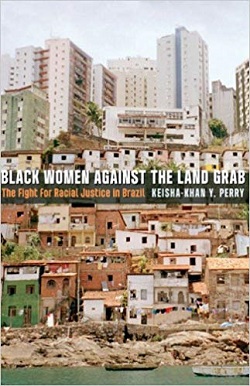 Student comments were open or based on Guest’s two final questions:

A key concept seems to fit the issue of institutional racism (as seen in our assigned article, ‘“If We Didn’t Have Water’: Black women’s Struggle for Urban Land Rights in Brazil”). This concept [is] structural violence–a form of violence that is somewhat invisible and difficult to define or even observe–for it reaches far and wide among a people–affecting them through various means such as legislation and social normalities. I think structural violence plays a huge role in racism today, for racism is fed by these forces that seem almost invisible but are very powerful. This harkens back to our topic . . . of America’s incorrect belief that we are colorblind, when if fact, color and race in general have played a tremendous role in the very structure of this nation–including, for example, its housing market. A similar issue is raised in Perry’s article–the lack of land rights of the Gamboa de Baixo people. The issue of right to land is not the only act of violence against these people–but also the oppression on the women who are desperately trying to preserve “African traditions” (Perry 2018, 132).