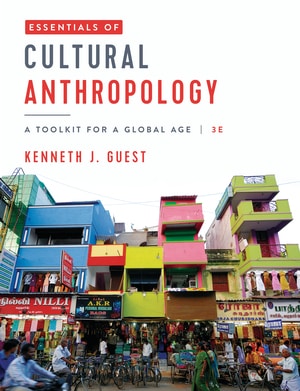 A World with Room for Everyone

Part 2: Exposing the Roots of Power

Economy: How we got to here

This version of Cultural Anthropology 2020 was a significant departure from how I taught Cultural Anthropology for a decade, culminating in this 2016 course. Those courses concentrated on reading full-length anthropology books as we traced the trajectory of the concept of culture within and outside of anthropology. While there was much that was useful about that approach, I began in 2018 to turn attention to what Kenneth Guest called an anthropological toolkit. We of course want to remember global history and the history of anthropology, but I felt we needed to foreground the future, especially in a basic undergraduate class.

In the 2018 What is troubling anthropology?, Matthias Teeuwen put it bluntly: “I think that there is an overarching sense that anthropology has failed to live up to its promise to ‘make the world safe for human difference’–as Ruth Benedict famously set the task for anthropology.” Detailing that failed promise was exactly the premise of my previous Cultural Anthropology courses. As of 2018, I attempted to turn more to what anthropology might possibly do to re-address that promise.

I at first adopted Guest’s three-book set which included a textbook, reader and fieldwork journal–see this 2019 course for a course outline. In Cultural Anthropology 2020 course, I only used the updated 3rd edition of Essentials of Cultural Anthropology. I did this because the 3rd edition had valuable online resources included in an affordable package. Although there were some valuable articles in Guest’s edited Reader for a Global Age, it was not updated for 2020, and it had already felt somewhat dated when I first began using it (not a single article had been published after Trump’s election). And although there were things I liked about having a paper copy of a Fieldwork Journal, the idea that students were going to be able to hand in paper copies of anything during the time of COVID-19 was not feasible.

The last point about the practicalities of fieldwork brought up the question of how to teach Cultural Anthropology in coronavirus times. Unfortunately for Guest, who bravely updated his textbooks to come out (c)2020, they already felt like they are artifacts of The Before Times. Opening to the first pictures in chapter 1, “Anthropology in a Global Age,” my first reaction: Why are those people so close together? Why aren’t they wearing masks? (Note: I first saw the idea of “The Before Times” on the Discuss White Privilege Twitter feed, but it also was used in Mad Max: Beyond Thunderdome.)

I’ve been struggling mightily with finding a purpose of anthropology and a purpose for teaching cultural anthropology during these times. In many ways, anthropology, the academy, and society-in-general are imploding. The course I was scheduled to teach–a reduced-density, masked but in-person course, with simulcast for remote and quarantined students–nevertheless raised ethical issues about health and safety for students, staff, and the entire community.

In this situation, I was still modestly hopeful that an anthropology that attempted to reckon with its past and present can also be a bridge to a world with room for everyone. I borrowed this phrasing from a book by Tim Ingold, Anthropology: Why It Matters. Ingold concludes:

For what drives anthropologists, in the final resort, is not the demand for knowledge but an ethic of care. We don’t care for others by treating them as objects of investigation, by assigning them to categories and contexts or by explaining them away. We care by bringing them into presence, so that they can converse with us, and we can learn from them. That’s the way to build a world with room for everyone. We can only build it together. (2018, 131)

For 2021, see the reflections on Is anthropology more important than ever? I’m proud of this Cultural Anthropology course, but excited to try a new textbook: Introducing Anthropology: What makes us human?