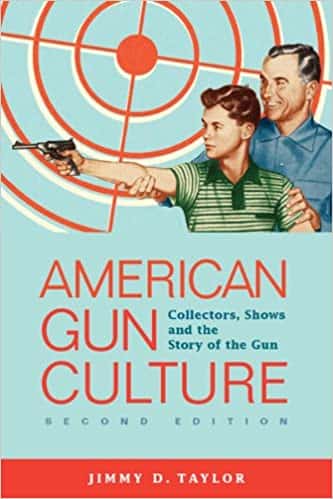 In our previous class on Culture we discussed to what extent the definition, concept or idea of culture had changed in 150 years of anthropology. For this class we finished the chapter on “Culture” in Cultural Anthropology: Tools for a Global Age and attempted to apply our understanding to the notion of American Gun Culture.

I was happy to see that Guest updated his culture examples in this edition to begin and end the chapter with issues of gun violence (the 2nd edition was “Unpacking a Happy Meal”). My own engagement with these issues began in 2012 with an analysis of an Op-Ed discussing the use of the term Gun Culture (see the gun violence tag for a list of blog-posts and resources).

As anthropologists we can analyze gun culture as a system of meaning, with norms, values, symbols, and mental maps of reality. We can also analyze it as a system of power, including not only individual actions but also the cultural institutions–social, political, economic–that create, promote and sustain it and the social movements that challenge and contest it. We can consider the social life of the guns involved. We can examine the assumed links between violence and biology. And we can place American gun culture within a global perspective. By thinking like an anthropologist, you are better prepared to understand and analyze these complex cultural phenomena and, if you are so inclined, take concrete steps to shape the future. (Guest 2020, 60)

As discussed in the previous class, I do have faith in the power of anthropological analysis and the concept of culture. But, when you say to someone outside of anthropology, “It’s American gun culture,” does it help them analyze the situation? Does it make it seem like something that is possible to change, to “shape the future,” or does it seem like something that can never change? Does the label “American gun culture” actually glorify these practices?!

Provocation: But you’re an anthropologist!